As you people know, I have shared with you over the course of many years the writings of Robert Samuelson who is an economist and columnist for the Washington Post, and on most occasions, I am a supreme advocate. This piece that ran today in the Washington Post is a little problematic for me in some areas. The title of his column is, “Entitled Selfishness.” His theme here is that the baby boomer generation is in a state of denial. Let me give you some excerpts here. ?As someone born in late 1945, I say this to the 76 million or so subsequent baby boomers and particularly to Bill Clinton and George W. Bush, our generation’s leading politicians: Shame on us. We are trying to rob our children and grandchildren, putting the country’s future at risk in the process. On one of the great issues of our time, the social and economic costs of our retirement, we have adopted a policy of selfish silence.?

Now, excuse me, Mr. Samuelson, George W. Bush for six years has tried to do something about this, and he has been rebuked at every turn. He’s been turned back. Now, maybe he didn’t sell this privatization of accounts as well as it could have been, but you can’t lump him in there with somebody who is apathetic about this. ?As Congress reconvenes, pledges of “fiscal responsibility” abound. Let me boldly predict: On retirement spending, this Congress will do nothing, just as previous Congresses have done nothing. Nancy Pelosi promises to ?build a better future for all of America’s children.? If she were serious, she would back cuts in Social Security and Medicare. President Bush calls ?entitlement spending? the central budget problem. If he were serious, he, too, would propose cuts in Social Security and Medicare. They are not serious, because few Americans — particularly prospective baby-boom retirees — want them to be. There is a consensus against candor, because there is no constituency for candor. It’s no secret that the 65-and-over population will double by 2030 (to almost 72 million, or 20 percent of the total population), but hardly anyone wants to face the implications:
?By comparison, other budget issues, including the notorious earmarks, are trivial. In 2005, Social Security, Medicare and Medicaid (the main programs for the elderly) cost $1.034 trillion, twice the amount of defense spending and more than two-fifths of the total federal budget. These programs are projected to equal about three-quarters of the budget by 2030, if it remains constant as a share of national income. Preserving present retirement benefits automatically imposes huge costs on the young — costs that are economically unsound and socially unjust. The tax increases required by 2030 could hit 50 percent, if other spending is maintained as a share of national income.? Well, I happen to agree with that. I told you yesterday, I think we are in a period in our lives where taxes will never be lower. Taxes are lower today than they will ever, ever be, and you’d better get used to it.

?Much of the rest of government (from defense to national parks) would have to be shut down or crippled. Or budget deficits would balloon to quadruple today’s level. Social Security and Medicare benefits must be cut to keep down overall costs. Yes, some taxes will be raised and some other spending cut. But much of the adjustment should come from increasing eligibility ages (ultimately to 70) and curbing payments to wealthier retirees. Americans live longer and are healthier. ? Because I’ve written all this before, I can anticipate some of the furious responses from prospective retirees. First will be the ?social compact? argument: We paid to support today’s retirees; tomorrow’s workers must pay to support us. 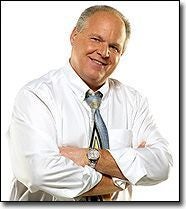 ?Well, of course they will pay; the question is how much. The alleged compact is entirely artificial, acknowledged only by those who benefit from it. My three children (ages 16 to 21) didn’t endorse it. Judging from the e-mail I receive, neither did many 20- or 30-somethings. ? The failure to communicate also implicates many pundits and think tanks, liberal and conservative. Pundits usually speak in bland generalities. They support ?fiscal responsibility? and ?entitlement reform? and oppose big budget deficits. Less often do they say plainly that people need to work longer and that retirees need to lose some benefits. Think tanks endlessly publish technical reports on Social Security and Medicare, but most avoid the big issues. Are present benefits justified? How big can government become before the resulting taxes or deficits harm the economy? ? Our children will not be so blind to this hypocrisy. We have managed to take successful programs — Social Security and Medicare — and turn them into huge problems by our self-centered inattention. Baby boomers seem eager to ?reinvent retirement? in all ways except those that might threaten their pocketbooks.?
Now, what’s the central theme of this? The central theme is that baby boomers — and I, on many days, am embarrassed to admit that I am one — the theory is that baby boomers are set to retire, and to hell with anything else. When it’s time for them to get their Social Security and their Medicare and their Medicaid, by golly, by gosh, they’re going to get it regardless the cost. They don’t care, because they had to pay it for their seasoned citizen generations. And the only way to deal with this is, they’re going to have to be cuts in the benefits. Now, here’s my problem with this. I do not believe that the problem with Social Security is baby boomers. For once in my life, they are not responsible or targets here. I think who’s responsible for all this is AARP. We’ve had calls from these people on this program before. Folks, it is the present day retirees who will not put up with any changes whatsoever, and they vote. That is the stumbling block to getting anything changed.
The politicians are afraid of denying or cutting back benefits, because they will lose the elderly vote. Most baby boomers I know have never even counted on Social Security. They don’t think it’s ever going to be there for them. The younger you go into generations that follow the baby boom generation, that sentiment is even more profound. ?Social Security, give me a break, it’s not even going to be there when I retire.? A lot of baby boomers plan on working beyond 65 for that reason. I don’t know too many people who are sitting around waiting to collect Social Security, but the current crop of people who are will stop at nothing to make sure their benefits are untouched. Even if it means massive tax increases on their own kids! They’ll put up with that. They will incur and they will vote for that in order to keep their Social Security coming.
So the problem with this is — I’m sure there’s some baby boomers that are going to present a problem here just in numbers, and you can’t deny that, but immediate reform? Don’t lay that solely at the baby boomers. You got a current crop of seasoned citizens who will not put up with it, and they are one of the largest voting blocs out there, and they are not going to be patient or tolerant with this at all, and that’s why there’s laziness, reluctance, and fear among politicians to deal with this. AARP is quite a big lobbying group.