RUSH: Debra Saunders in the San Francisco Chronicle today has an excellent point. Arnold Schwarzenegger’s plan out there to give everybody in California everything, apparently. In fact grab audio sound bite number ten. Listen to this. This is Arnold Schwarzenegger exhibiting and illustrating his new centrism, and you tell me what this sounds like. 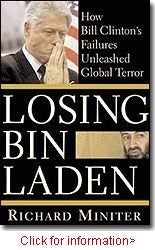 SCHWARZENEGGER: We hear so much about climate change. One area where we definitely need the climate to change is the national government’s attitude about global warming. (Applause.) They would not act. So California did. California has taken the leadership in moving the entire country beyond debate and denial, to action. As California goes, so goes the rest of the nation. So I ask you to appropriate the funds to implement this global warming legislation so that we can become part of the world market that is already trading credits for the reduction of greenhouse gases.
RUSH: Okay, so that’s the new centrism out there. This is Arnold Schwarzenegger. The length and breadth of his proposals, both in his campaign and his State of the Union speech from which this latest sound bite was culled, ?We’re going to borrow more.? I remember when Arnold ran it was, ?We gotta put this state’s fiscal circumstance back in order. We are spending money we don’t have, we are borrowing money.? Everything’s changed now. ?We’re going to start borrowing more money in California. We’re going to raise taxes in California. Everybody’s going to get health care. We’re going to start trading pollution credits and greenhouse gas credits. We are going to do whatever it takes to lead this country in the right direction of global warming.? This is the new centrism.
As I told you, his philosophy is we take the best of conservatism, the best of liberalism, and form a new centrist movement or a new centrism, and by definition, if something isn’t conservative it’s going to be liberal. This doesn’t sound like centrism to me. It sounds like it’s right out of the liberal playbook. This is no different than what Greenpeace could say if they had somebody that was the governor of California. Another thing, the health care for illegal immigrants and their children. Debra Saunders says, ?If it?s wrong for illegal immigrants to have drivers’ licenses, why should the state provide them with health care? That’s the conundrum that Gov. Arnold Schwarzenegger will have to address as, after vetoing bills to allow illegal immigrants to obtain drivers’ licenses, he pushes his plan to provide health care to all Californians, including illegal immigrants. First, let me say that Schwarzenegger deserves praise for attempting to tackle the thorny and thankless task of trying to provide health care for the 4.8 million Californians who lack health care at any given time. (You’ve seen the number 6.5 million, but that’s for people who, according to the state, have lacked coverage ?at some point? last year.) Also, Schwarzenegger is right to mandate that all Californians obtain health coverage.?
But if it’s wrong for illegal immigrants to have driver’s licenses, why is it perfectly fine to provide them with health care? Seems a bit of a contradiction. It’s an excellent question. Well, I know. One of my biggest problems, folks, is that I sometimes end up mired in logic in a country where logic is deemed offensive. You can really offend somebody by being logical, because they have no retort for it so they consider it a personal attack when you are logical.