RUSH: As promised, we have Tony Snow, the White House press secretary, on the phone with us. Tony, how you doing today?

RUSH: Well, I couldn’t be better. I’m doing well and I hope you are, too. Let me start with a series of questions that I know a lot of people have and then you can take it from there. Why did it take so long to recognize the problems admitted to last night? Why were these terrorist neighborhoods that were cleared not secured, and instead abandoned allowing terrorists to return as we moved on to other places? Why did it take so long to recognize the need for more troops, on and on and on, and what happened to bring about last night’s speech? 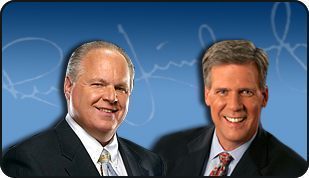 SNOW: Okay, a couple of things happened. The main thing that happened was you had an explosion of sectarian violence primarily in Baghdad, but in other parts of the country as well, and it really began to pick up during the months of August, September, October. As recently as June, you had congressional delegations going to Iraq feeling pretty confident that things were moving in the right direction. You had an election, you had a democratically elected government, and people were coming back saying, &ldquo;You know what? We think you may be able to be taking troops out of Iraq by the end of the year.&rdquo; As a matter of fact, you may recall, Rush, that in some of my press conferences during the summer, reporters were saying, ‘We hear that you’re going to draw down to less than a hundred thousand troops, we hear it’s going to be 90–‘ remember those conversations? Those are a reflection of the fact that at the time, people thought, okay, things are moving in the right direction.

It became clear during the summer that the Samarra mosque bombing way back in February had ignited the kind of sectarian passions that had been laying dormant for a long time, and the level of violence took off and took off rapidly. There had been a couple of attempts to try to build a coordinated effort to create peace in Baghdad. They’re called Operation Forward Together 1 and 2. In the second one the Iraqis promised to provide six police brigades. They provided two. There were not enough boots on the ground. The US approach at the time was, let’s train up the Iraqis, let’s put ’em in the lead, our guys will come in during the day, at night we’ll return them to barracks and we’ll try to clear and hold neighborhoods. Well, what ended up happening is we did not have enough people there. So we could go and clear out a neighborhood, that wasn’t a problem, but our guys would go home at night, you wouldn’t have enough Iraqi forces to stay there and keep the area subdued so that you could go in and build businesses and so on.

So what would happen is neighborhoods would be quiet for a while, the forces would leave and they’d get rowdy again. So the president and a lot of key advisors were really pretty quick to pick up on it, said we need to figure out what’s going on here and we need to fix it. That led to a series of deliberations that really began late in the summer, and during the fall the president said, he basically said, &ldquo;I want everybody who’s involved in this, from the intel to the defense sides, to take a good, hard look at it, and let’s figure out the way to fix this problem.&rdquo; Because what we want to end up with is a democratic Iraq that can stand up on its own, and also can help fight the terrorists side by side with us, without American forces having to be there. That’s how the president got into it.

So what ended up happening was, in Baghdad, didn’t have enough boots on the ground, and furthermore sometimes when our guys were going after bad guys, you’d get a phone call from a politician who would say, &ldquo;Nope, we don’t want you to do it, back off,&rdquo; or, &ldquo;you captured a bad guy, you know what, family is friends of ours, let ’em go.&rdquo; You can’t do that. It’s not only demoralizing to troops, but the people in the neighborhoods, it sends them a message that law enforcement isn’t credible, people are going after me, I guess I’m going to have to pick sides. I think I’ll go with the Mahdi army or I think I’ll go with the criminal gang or I think I’ll go with some Saddam rejectionist because those guys got guns and they can protect me. Those are the choices people were forced to make because the law enforcement wasn’t working, so you gotta make the law enforcement effective.

RUSH: Well, no question about that. Is the number of troops we’re sending sufficient to get this done now?

SNOW: Yeah. Look, the president isn’t going to be suggesting an insufficient number of troops. Gotta keep in mind how this one works, which is the Iraqis got to send the troops first. So what we’re talking about is a commitment of 50,000 or more Iraqis within Baghdad, supplemented by 30 or more thousand Americans, including the 20,000 who are going to be in there, and there’s the possibility of supplementary forces from time to time coming in to do special missions. The point here is that you may have 70 or 80,000 forces within Baghdad proper to deal with the business of building peace there. That’s a pretty credible and sizable force, but the other thing that’s going on now is that you’re going to have people there 24/7.

You’ve got an Iraqi brigade, that’s 3,000 or more, in each of nine districts, you’ve got a US battalion, 600 or so that are working with them, and they’re there 24/7. They’re going door-to-door building confidence but they’re also going door-to-door if they have to, going after the bad guys. This is not something that is being crafted by political considerations. The president asked the military guys — by the way, everybody talks about the generals who opposed this. The generals created this. The generals are the ones who said, what troops do we need to fulfill the mission, and you ended up with the five brigade plan that the president laid out for Baghdad, plus an additional 4,000 Marines for Anbar province.

RUSH: Okay, a couple more things. I don’t want to put you in an uncomfortable position here, but you are the White House spokesman.

RUSH: You’ve got an ongoing effort here by the Democrats to symbolically defund this particular surge or reinforcements, and it’s going to be symbolic because they’re never going to get 60 votes in the Senate to approve of the defunding. Tony, that’s going to lead them to hearings, they’re going to have investigations and hearings, and that’s where the real war in this country is going to be fought. I mentioned this in the first hour, I sincerely hope that the Republicans and whoever testifies before these hearings that the Democrats are going to call, both the House and the Senate, don’t go wimp on us. I hope they understand what they’re up against and don’t go defensive. I hope they are able to stay on offense and I hope you guys — I don’t mean to sound this way, but I hope everybody there understands what’s ahead here in these hearings and how important they’re going to be into shaping public opinion about this.

SNOW: There are two parts to it. Rush, we absolutely understand. You know, people who say that they oppose this and that they want to use financial measures, they gotta answer a question, which is what is it going to be like, because this is going to be part of what they call supplemental request. This is a supplemental request for ongoing military operations. What they’re going to have to do is they’re going to have to cut off all military funding. So do they really want to say to the people that they say they support, you know what, we’ve just cut off your ammunition, your fuel, your food, your clothing, your support —

RUSH: No, they’re not going to do it. This is going to be symbolic, they’re threatening to, but you know they can’t do it —

RUSH: I wouldn’t be surprised if they don’t even do their resolution because they’re going to realize that. They’re going to do everything they can to damage this war effort in their hearings, and —

SNOW: Well, but the thing is, Democrats now, you know, I’ve been in a lot of meetings with Democrats who say, &ldquo;Look, we believe in success in Iraq.&rdquo; Okay, so take that as your baseline. Then the question is, &ldquo;If you believe in success, and you don’t like the plan, let’s hear yours.&rdquo;

RUSH: They’re not going to do that. They don’t have one — we saw their plan in the nineties, Tony, it’s do nothing. Their plan leads to 3,000 Americans dying in two hours.

SNOW: Well, again, there’s a burden of proof on both sides. We understand that everybody is going to be watching, and there’s a lot of skepticism about the Iraqis. The president’s already laid his cards on the table. This is what he thinks is necessary to succeed in Iraq. And if people have better ideas, it’s time to put ’em on the table.

RUSH: Let me tell you something, I know you can’t respond to this, I’m not asking you to, but the Democrats we’re talking about here are not interested in victory. I can’t find any evidence from anything any of them except Lieberman have said, that they’re interested in any success there, much less victory. One more thing before I have to let you go and that’s Iraq and Syria. The president said more about Iraq and Syria last night than he has, there was some gulping in the throats of Drive-By Media and Democrats last night when he did this. What’s that about?

SNOW: Well, I think it’s pretty obvious. Iran is busy trying to destabilize the government in Iraq, and the Syrians are not being helpful, either. There are supplies moving from Syria into Anbar province, we’re going to cut those off, that’s part of the military operation, and the Iranians, we’ve had a number of Iranian officials who have now been apprehended in Iraq, apparently trying to aid and abet those who are trying to kill Americans and destabilize the government. And furthermore they’ve been sending in some fairly advanced weaponry, new kinds of IEDs that are incredibly fatal. So the question, we have got to make it clear to them that there’s going to be a price to be paid. Now, this does not mean that we’re going to be rolling troops into Iran, but it doesn’t mean that we don’t have ways of making it clear to them that this is unacceptable. And the other thing that’s interesting, Rush —