We’re Weary of You, Drive-By Media

RUSH: We’ll start in Tampa. This is Hank. You’re up first today, Hank. That’s an awesome responsibility for the first caller of the day. Don’t blow it.
CALLER: Not at all Rush, and it’s an honor to speak to you.
RUSH: Thank you. 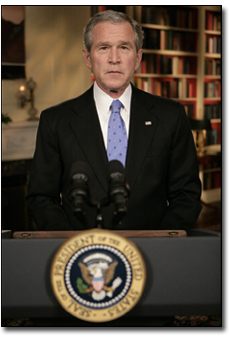 CALLER: Also you hit a nerve when you talked about the war-weariness, just because I am not on the front lines, I am a Vietnam vet as a matter of fact, but at that time it was the same thing happening all over again, and yes, I’m war-weary in this particular instance of having to foot the bill for all this stuff, and having to pussyfoot around and play a little baby game of not letting these troops do their job. You get out there and you let ’em go. And all of them, the taxes continue, you look at my payroll check, payroll taxes and stuff, and it’s killing me, and we’re getting none of the spoils of war. We go over there and we win these wars, if we win them, because we’re not being kowtowed by this government that’s in here that — that — I don’t know if you think they’re so wonderful, but, I’ll tell you what, they’re not doing the job that we put ’em out there for, and it’s the taxpayers getting hosed, and that’s where the war is coming, because we’re paying the paychecks to all these people out there that are trying to do the fighting for us, and don’t get me wrong. I feel really bad that we are even there. And whatever happened, let’s go in there, do our thing and get the hell out, get out now —
RUSH: Well, you’re echoing the sentiments of millions of Americans. That’s why some people are encouraged by this change in tactics that was announced last night. You know, there’s no time limit, and there’s no time frame on wars, and there’s of course no law that says you can’t change tactics or strategy when you realize something’s going wrong. Abraham Lincoln in the Civil War was so depressed, he was convinced God had turned against this country. He was devastated. He thought it was hopeless. He went through a month, I think in 1863 or ’64, where he thought it was absolutely hopeless — it was Sherman — well, they got rid of McClellan — it was Sherman marching through Atlanta all the way to the sea that changed things around, among many other things.
But, you know, if you sit there and say — and I sympathize with you, you’re a Vietnam vet, so you’re actually — I wasn’t talking about you — you’re entitled to be war-weary. You are military. I don’t care what war, but I’m talking about people — really, I don’t even know how many war-weary there are. It’s the Drive-By Media associating that with the American people, they write in their stories that we are war-weary. To the extent that we are, we need to be slapped around for a while. We’re living lives of luxury. The war is not affecting us personally unless you’re military or military family. To sit around (crying) and you say that you’re tired of the money. I’m sympathetic to that, but I’ll tell you what, I am sick and tired, do you know that we spend every year twice on Medicare, Social Security, and Medicaid what we’re spending in the entire defense budget, and you know how much fraud is there?
You know how much I feel being ripped off on all these other programs? The military budget is a pittance compared to the whole budget, and you can sit there and say your paycheck is being wasted or whatever your taxes are being wasted because of this, you better focus on where the real government money is being spent, and you better focus on where it’s really being spent inefficiently. At least the money being spent in the US military goes to a distinct constitutional purpose. Your brethren and sisteren, your brothers and sisters in uniform over there are doing everything they can to defend and protect this country while half of this country is doing their best to sabotage them. If anybody’s not being paid enough, it’s them. You want to talk about financial priorities all out of whack here, we’re about ready to bestow health care insurance on every illegal immigrant and child in California — I’m sorry — “California.” Yeah, we got misplaced priorities. They’re a little bit out of whack. But not as you describe them, in my humble opinion which is what the final opinion on this show is, is mine.
END TRANSCRIPT