Renee in New Jersey. You’re next on the EIB Network. Hello.
CALLER: Hi, Rush!
RUSH: Hi!
CALLER: I’m a Democrat, and I just have to say that I completely agree with you. I just wanted to let you know, we’re not all like that congressman, and if I met the president, I would not act like that, and I think it’s disgusting, and I have felt this way about the Democratic Party for years.
RUSH: What do you think about what Barbara Boxer did?

CALLER: It’s disgusting! I can’t believe she would say that kind of thing to Condoleezza Rice.
RUSH: Why not? Look, Renee, please forgive me here. I don’t understand how you can say you can’t believe it. The Democrats have been talking like this for six years now. 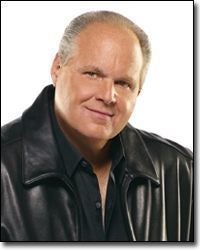 RUSH: Oh, I see. We’re nailing down the 18 to 34 demographic here today. You know what? That’s even better, then. If you’re 18 and this stuff offends you or disgusts you, that’s good. Had you known about this before you heard me discuss it on the program? Have you seen any videotape of it?
CALLER: Yes, I have.
RUSH: Well, it’s nice to hear from a Democrat, that a Democrat’s angry at a Democrat for something like this. I thought those days were long gone.
CALLER: At least before November I could say, “You know, they’re minority party and they’re just trying to get people to pay attention to them,” but they’re not the minority party anymore, and they really don’t have that excuse anymore, and I’m just getting really tired of it.
RUSH: Well, trust me on this, Renee: this is who they are. It’s been this way since you were 12.
CALLER: (Laughing.)
RUSH: Ever since George Bush took office in that campaign, this is who they are.
CALLER: Okay. I’ll take that into consideration.
RUSH: All right. Renee, I appreciate that.