Listen to this. It’s the Washington Post today. ?In a recent survey of college students on U.S. civic literacy, more than 81 percent knew that the Rev. Martin Luther King Jr. was expressing hope for ?racial justice and brotherhood? in his historic ?I Have a Dream? speech. That’s the good news. Most of the rest surveyed thought King was advocating the abolition of slavery. The findings indicate that years of efforts by primary and secondary schools to steep young people in the basics of the civil rights leader’s life and activities have resulted in a mixed bag. Most college students know who he is — even if they’re not quite clear on what he worked to achieve. Students and teachers say today’s federal holiday marking King’s birthday is the one that receives the most attention in schools, in part because the events surrounding the man it commemorates are the most recent,? of course, at the expense of George Washington, Madison, Jefferson, Lincoln, and so forth.

Now, you might say, how is this happening? We have, and I don’t know for how many years, Black History Month. It’s in February and Dr. King’s birthday is in January. I guess by February we’ve forgotten. Well, still doesn’t make any sense to me. How do you explain this? Well, maybe that’s it. Education is underfunded. When’s the Supreme Court going to do something about this? When’s the Supreme Court going to step in and tell these universities that they’re screwing up and teaching their own students about Dr. King’s life? Take the humor of this out of it, and it’s stunning. Black History Month, all of the focus on civil rights, and this is in academia. Liberals own and run academia. It would be one thing if this were a survey at Hillsdale College which is conservative and Republican and so forth. I’ll betcha the students at Hillsdale know more about this than the liberal academic institutions where this thing is being taught.
?Taneisha Rodney, 14, a ninth-grader at William E. Doar Jr. Public Charter School for the Performing Arts in Northeast Washington.? What a name for a school. She said, ?Honestly, I never knew what Veterans Day was until last year.? She’s only 14. She now knows what it is, but does she really? They didn’t ask her what is it, she just knows it’s a day. ?In many schools across the country, teachers say social studies has taken a back seat under the federal No Child Left Behind law, which stresses math and reading. Squeezing history into the curriculum can be difficult, educators say, and taking time out of a scheduled lesson to use a federal holiday — even King’s — as a teaching moment can be tough. ? But some students readily acknowledge that the holiday amounts to little more than a day off school.? That’s what all holidays are to all kids.
You know what somebody told me yesterday? I’m on the golf course yesterday, played golf, and on the way home a friend of mine told me something that I never knew. He said, ?Do you know why the Martin Luther King Day is a separate Monday holiday?? I said, ?I think I can figure it out, politics.? ?No, it had nothing to do with politics,? he said. ?I used to be in the ski business, ski industry, snow ski,? and he said the ski industry needed a three-day weekend in January between Christmas, New Year’s, and February. So it was the ski industry. That’s what he told me. He was dead serious. I’m sure the ski industry had allies in the civil rights movement and so forth. I had never, ever heard that before. You don’t think so? Look it, my friend doesn’t make things up, and my friend is not a braggart. My friend, he didn’t use the word “we” when he was talking about the ski industry. He said, ?Look, I used to be in the business. The ski business needs three day weekends for people to be able to show up and ski, patronize the lodges and the ski lifts and all that sort of stuff.?
You know what? It sounds just strange enough to be true in American politics, all these three day weekends and holidays and so forth. But blame this on the “No Child Left Behind.” That really makes a lot of sense, stresses math and reading. Whatever, the No Child Left Behind Act is relatively new. Martin Luther King’s birthday has been celebrated for a long time, Black History Month’s been going on for a long time. Somehow the liberals that run academe are blowing it here big time. Then there’s another story in the stack that civil rights leaders today just aren’t getting it with Obama, just are not digging Obama. Where is this? Hang on here. Yes, and you know where this appears? The UK Times. ?Obama’s Charm Lost on America’s Black Activists.?
The story is all about how the black leadership has failed to embrace Barack Obama. Maybe because they found out that he’s white. Well, they think Clarence Thomas is white, because of his attitudes and his views. They think Condoleezza Rice is white. By the way, did you see how my Boxer hit her below the ovaries line showed up everywhere? They even saw it in a New Delhi paper, you know, the rich white chic with the big, huge mouth taking on this African-American woman, Condoleezza Rice, a couple of days before Martin Luther King Day hitting below the ovaries. That line has circuited throughout media all over the world. In fact, I think it leads a column in the Boston Herald. At any rate, brief time-out here, ladies and gentlemen. I’ll have the details on the Barack Obama story, the Duke lacrosse case, your phone calls, other stuff out there. 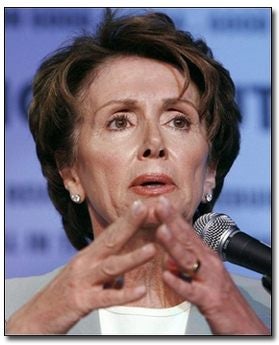 RUSH: I have one more education story here, folks, before we go back to the phones. This 14-year-old girl at this school with the name that takes half a page to type said that she only recently learned about veterans day. Well, it’s a good thing she doesn’t live and go to school in New Jersey, because they just canceled it. Well, they’re going to stop teaching it. Get this. Here’s a name to remember. Guy’s name is John Adler. His profession, politician. Occupation, state senator and member of New Jersey’s state legislature. He is, this John Adler, is the proud sponsor of a proposal to allow New Jersey skrools to stop teaching their students about certain American holidays, including Veterans Day, Memorial Day, Columbus Day, and Thanksgiving. Oh, I forgot to tell you State Senator John Adler’s party affiliation. He’s a Democrat.
Now, you may not know this, but I do, because I’m host. Since 1967 New Jersey law has required schools to observe the holidays to promote “the development of a higher spirit of patriotism.” But State Senator John Adler, Democrat, cites a 2004 report by a state commission that advised giving schools “flexibility” on the holidays. Adler says he doubts the schools even bother to instruct students about Veterans Day, Memorial Day, Columbus Day, and Thanksgiving anyway. Now, you might think — I don’t know — I’m assuming that you’re like I was when I heard this. I got a little mad. I wouldn’t say I was outraged, because I don’t get outraged except when TooJay’s doesn’t show up on time, but I was still mad. I’m assuming that some of you people might think that a proposal to stop teaching about Veterans Day, Memorial Day, Columbus Day, and Thanksgiving might meet some resistance.