War Is About More Than Stabilizing Iraq

RUSH: Craig in Ft. Lauderdale, Florida, welcome to the EIB Network.
CALLER: Hello.
RUSH: Yeah.
CALLER: Hey, dittos Rush.
RUSH: Yes, sir.
CALLER: I’ll get right to the point. Regarding the clip between Matt Lauer and Hillary early, I believe I heard Hillary say she would cut off the personal protection for the Iraq leaders if they didn’t comply with our political timetable?
RUSH: Yeah.
CALLER: This struck me as very callous and it seems to show a serious lack of judgment. I mean, there?s plenty of funding. How does she expect to partner with these people if she places their very lives on the table? 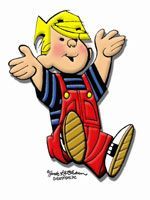 RUSH: Well, because it’s just words. Hillary is campaigning. The thing you’ve got to understand about all these Democrats is they’re not talking about Iraq policy. They are not annunciating things that they think are good for Iraq policy. They are campaigning. This is not about an idea for Iraq. Hillary has a problem. She voted for this war. The anti-war fringe kook mainstream base of the Democratic Party is outraged at her; they’re embracing Obama. He is godlike to the godless, and so she’d gotta do something, cut him off at the pass. Iraq seems to be the big issue, so she’s a gotta come up with something that seems unique, and that is we cut off funds — because they can’t dare talk about cutting off the funds for the troops of America, they can’t do that. They can talk about it but it won’t happen. But she’s calculating that the American people will sign on to not paying the Iraqis anymore.
See, and this is another mistake the administration has made, damn it. This is about US national security. This whole business in Iraq and Afghanistan, we are not there to stabilize Iraq. That may be the current phase of the battle, but that’s not the objective. We would never have gone to war to stabilize Iraq. The American people wouldn’t have supported that. This is part of war on terror. We send out a mixed message here if all we’re going to say is we’ve got to get this sectarian violence under wraps. Of course that has to happen, but at the same time the enemies of America are located there, Al-Qaeda and a bunch of different branches are there. And how this has gotten left out of the rhetoric is beyond me. But don’t think that Hillary or anybody else on the Democrat side is coming up with a substantive idea to win this. She’s just campaigning.