Obama in Trouble with the Black Vote

Most black votes in polls so far are overwhelmingly supporting Mrs. Clinton. This Sam Riddle character said that Obama’s ?biggest critics may end up being black political leaders, who view his ?de-racialized? campaign ? ?diametrically opposed? to every civil rights-focused black candidate who has run for president — as a potential threat to their political influence.? Exactly right. Exactly right for the very reason I just gave you. If he runs as a black man a deracialized campaign, can’t deliver black votes, then the civil rights coalition has no value to the Democrat Party in terms of being offered seats at the table of power and all the crumbs that go along with it. The Washington Times did the first story.
This is the &lt;a target=new href=”http://www.washingtonpost.com/wp-dyn/content/article/2007/01/24/AR2007012402032.html”>Washington Post&lt;/a> and their headline: ?Obama’s Appeal to Blacks Remains an Open Question. Looking around at the overwhelmingly white audience that was applauding Sen. Barack Obama’s luncheon speech on Iraq at a downtown hotel recently, the Rev. B. Herbert Martin expressed both satisfaction and concern. Martin, who said he was the only black person in the crowd, was thrilled that Obama, the only African American in the Senate, could engender such enthusiasm from a white audience because it offered further proof that the Illinois Democrat would be a formidable presidential candidate. But Martin also worried that in order to run successfully Obama would have to become a different kind of politician than the one who earned the trust of voters on Chicago’s mostly black South Side as a state legislator before he was elected to the U.S. Senate in 2004. ?How does he identify himself?? asked Martin, who was pastor to the late Harold Washington, Chicago’s first black mayor. ?Will he continue to be an African American, or will he become some kind of new creation??? 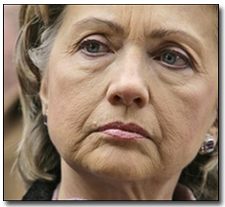 Now, picture this. You have a room full of enthusiastic white people going gaga for Obama, and in the room is one black reverend, B. Herbert Martin, who is conflicted! On the one hand he loves seeing all these white people get excited about a black guy, but then he sees no other black guys there but him and wonders, ?Oh, no, how can this possibly work?? And it’s getting back to the question, ?Is Obama black?? They’re already starting to raise that question in other parts of the media as we shared with you earlier in the week. ?The question of how Obama chooses to define and approach race looms large as he moves closer to formally?? I read these stories and I am stunned that anybody would ever disagree with me when I say the media is obsessed with race. I don’t care whether it’s sports or politics or whatever, the Duke lacrosse case, they are obsessed with race, and so is the Democrat Party, by the way.

?Although he rides a wave of enthusiasm among Democrats who like his vision of a different kind of politics and see him as an alternative to Sen. Hillary Rodham Clinton (N.Y.), it is not clear that his multiracial message can excite black voters hungry for affirmation of their top concerns.? Wait, so we’re back to this, only a black person or candidate can really, uh, affirm black voters top concerns? Yet here is a black candidate who can’t do it because he’s running a deracialized campaign, but he’s a black guy, and he’s a Democrat, he’s a full-fledged card-carrying liberal. It still isn’t enough! What in the world has the Democrat Party come to? It goes to show you precisely what I said, this is about liberalism, and this is about racial politics, and somehow Obama has screwed up here by trying to be a candidate of all peoples. Can you imagine? I thought the objective was to get rid of racism and bigotry and prejudice.
Here you’ve got Obama in a hotel in Chicago overwhelmingly filled with white people, and it’s a problem. This would be akin to the civil rights coalition being upset that, yes, Oprah may be the richest black woman in America, she may have the largest audience, but there aren’t enough blacks in it. It’s no different than if they were saying that. (interruption) Well, so Obama’s black, too. He may have a white mother, but he’s — (interruption) don’t — (interruption) yes, I do. Snerdley is telling me I don’t understand. I understand this totally. I just know that if I start tiptoeing down this road — no, not like being in a New York cab. If I start tiptoeing down this road — look it, we all know that in the black community they make fun of each other, depending on how light they are, how dark they are, right? Not dark enough — (interruption) doesn’t happen anymore? Well, if you didn’t know that Barack Obama’s mother was white, would you think he’s not black? (interruption) Mmm-hmm. Of course. But he’s liberal! He’s black, he is as liberal as any other black is. What he lacks is roots, quote, unquote, to the civil rights days and their founding and the reasons for their founding. He was born in Hawaii. (interruption) He hasn’t kissed the ring. You mean the reverend Jackson and Sharpton, he hasn’t kissed the ring? Well, the other day Jackson said he’s full-fledged, he loves Barack. Barack’s literally his next-door neighbor. Barack is in his heart.
Listen to some of the other stuff in this story. ?Already, that balancing act is causing some strains. Some of Obama’s longtime black supporters in Illinois are grumbling about the largely white crowd of advisers who now surround Obama as he gears up his national campaign. ?Who does he represent? That is what people are worried about,? said Lorenzo Martin, publisher of the Chicago Standard newspapers, a chain of black-oriented weeklies that circulate in the southern suburbs.? That’s what people are worried about, who does he represent? There’s no winning this. Here you’ve got a black candidate attracting enthusiastic white voters, and damn it, it makes ’em mad. ?This is not right. This isn’t supposed to happen.? So maybe integration is never what this was really all about and isn’t about now. It’s about segregation, as Joycelyn Elders would say. 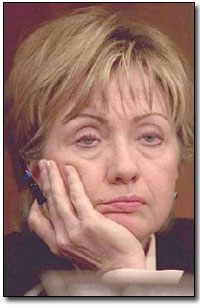 ?Still, Obama chose to build his political career by rooting himself in the black community. In 1983, not long after resigning from a high-powered financial consultant’s post in Manhattan, he moved to Chicago as a $10,000-a-year organizer for the Calumet Community Religious Conference. Dressed casually, he would visit barbershops and cruise the main thoroughfares in his used car to get a feel for the South Side.? Doesn’t sound like he’s avoiding the black base here. He left Chicago to attend Harvard Law School and then returned to head a statewide voter-registration effort before joining a small civil rights law firm.? Sounds really black to me. I don’t know what the problem here is. Well, I do, but I mean it’s still fun exploring this. ?Obama and his wife, Michelle, another black lawyer?? By the way, Hillary was a lawyer. ?Obama and his wife, Michelle, another black lawyer, were married at the predominantly black Trinity United Church of Christ in Chicago.
“He had built himself a base among black voters on the South Side,” said Timuel D. Black, professor emeritus at City Colleges of Chicago. ? Rep. Bobby L. Rush (D-Ill.) in 2000. Rush, a former Black Panther, appeared politically wounded after failing badly in his campaign to unseat Chicago Mayor Richard M. Daley the year before. But Rush trounced Obama 2 to 1, and the congressman was joined on primary night by Jackson, who had endorsed him. Rush won in part by depicting Obama as a Harvard elitist who was out of touch with the concerns of workaday African Americans.? A-ha, so it’s the Harvard that’s the problem, too. ??There were elements within the African American community who might have suggested ?Well, he’s from Hyde Park? or ?He went to Harvard? or ?He was born in Hawaii, so he might not be black enough,?? Obama told the Chicago Tribune.? So there you have it. He’s not black enough. But, I’ll tell you where they love him, is Hollywood.
Have you heard about this? David Geffen, Stephen Spielberg and Jeffrey Katzenberg sent a letter to 700 political donors and activists, friends of theirs, asking them to donate $2300 per person to attend a reception for Obama’s presidential exploratory committee at the Beverly Hilton on February 20th. It will all be followed by a private dinner at Geffen’s house for people who agree to raise $46,000. So Hollywood is turning on Hillary and they’re embracing Barack Obama. (interruption) This is not good for who, for Hillary? She’s — well, not good for Barack? Not — she won’t — it just adds — look it, I’m way over time here. Folks, I’m going to take a break and the next segment is going to be real short and you’re going to be real mad to me because of that. We’re not adding commercials here, it’s diarrhea of the mouth, I can’t stop talking. This fascinating stuff.
BREAK TRANSCRIPT