It’s Not Your Money, Senator Kennedy!

RUSH: Now we move on to the minimum wage debate. I told you, I warned you people last year before the election. All during the year, I told you that the big problem here with coming up with meaningful reform in immigration — meaning border security first, no more illegals and trying to track down the current ones here — is opposed by big business, and many of you said, ‘That can’t possibly be, Rush! I mean, maybe some, but you can’t possibly believe that.” Well, I did, and as usual, I was right. I also told you that it wasn’t going to be long before we start seeing fallout between Pelosi and Reid over the Democrats’ agenda in the House, because with 49 votes in the Senate the Republicans can stop anything. The real power to effect and stop or pass legislation now, is in the Senate. The minority in the House, any minority, is powerless. They have no power. You have to understand this. You can sit there and whine and moan about the Republicans in the House all you want, but there’s nothing they can do to stop things.
Now, you might say, “Well, hey, the Democrats, why, they had power when they were in the minority!” Yes, but that’s because the Republicans chickened out and gave them some. The Republicans refused to govern as conservatives; the Republicans, as usual, didn’t want bad things said about them, and so they tried to go out and give the libs a little scrap here or there, but with party discipline and party unity, which the Democrats are going to have, the minority in the House has zilch power. With 49 votes in the Senate, you can stop anything, because you need 60. So, Pelosi’s got her minimum wage bill. It goes over to the Senate — precisely as I predicted before the election. The same thing is going to happen with anything they try do on taxing the oil companies. If they come up with a windfall profits tax on Big Oil, it’s going to die in the Senate because there’s some Democrats in the Senate who come from states that aren’t going to want to punish oil companies in those states, and the same thing is happening on the minimum wage, and it’s causing histrionics and hysteria on the floor of the Senate! Late yesterday, Senator Kennedy said this. 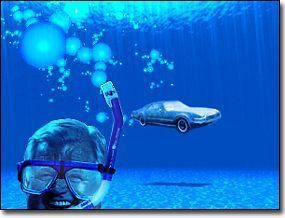 KENNEDY: In the New York Times today: “Childhood Poverty Is Found to Portend High Adult Costs.” Here it is in the newspaper today, just what we’ve been talking about! The United States! The highest poverty rate for children of any industrial nation in the world!
RUSH: Stop the tape! Let’s compare poverty, shall we? You want to examine the average poverty stricken person in America with the average poverty stricken person anywhere else on the planet? Senator Kennedy, you’re not talking apples and apples. But he gets even more histrionic here as things go on.
KENNEDY: Who’s delaying? Who’s opposing? Who’s using every kind of parliamentary tactic known to every possibly parliamentarian to delay action on the increase in minimum wage! It lies right at the feet, right at the feet of the Republican leadership! Make no mistake about it. Make no mistake about it!
RUSH: That’s exactly right — and we are applauding it here, senator! What is he upset about? He’s upset that there are tax breaks for small business in the minimum wage bill. There aren’t such tax breaks in the House bill, but they have been added in the Senate because there is a cost to small business, and they simply want to get some tax breaks so as to be able to afford the increase in the minimum wage without having to fire anybody! Of course, we can’t have tax cuts, and so Senator Kennedy is out there saying this a filibuster, filibuster, filibuster, by amendment, make no mistake about it! It’s a filibuster by amendment! He this one continued.
KENNEDY: What do we tell them after five days: $200 billion more in tax cuts here; $35 billion more in tax cuts here; $8 billion more tax cuts for HSAs! How many more billions of dollars do we have to give you, Mr. Republican? How many more dollars do we have to give you to get an increase in the minimum wage?
RUSH: Ha-ha-ha! Whatever we can get, senator, because it’s not your money, and you’re not giving it to anybody! You are stealing it! That’s what taxation is, particularly exorbitant taxation. I saw a story about taxes in California. I had it in the stack. Tax revenues are down. There was a line in the story that said the state “earned,” blah, blah, X, X, from tax revenues. The state didn’t “earn” anything! It wouldn’t have the money if it hadn’t taxed people for it. I’d love to be able to “earn” money that way, just go tell the people, “You owe me X,” every month and then call it earnings. Senator Kennedy asks, “How much money do we have to give you Republicans”? It’s not your money, and you don’t “give” it! The objective here, senator, is to see to it that more and more of people’s money never gets to you in the first place! That’s the purpose of tax cuts, but here again, you shouldn’t be surprised because small business is on the Democrats’ enemies list. Big Oil is, and Big Pharma, and try this. I was reading something in the New York Post today.

They’re going after Big Pharmaceuticals. They just can’t stand them, and the government is now wanting to negotiate prices for Medicare, which means (heh-heh) that the drug companies will not be allowed to recoup investments in the R&amp;D of new drugs! I think one of the companies mentioned here is Pfizer. Pfizer has a lot of drugs that their patents will be expiring and that means anybody can make them and go generic on them within the next, oh, few short years. It’s going to add up to $14 billion in lost revenue and Pfizer is going to be laying off, in the New York area, 600 workers and 10,000 nationwide — and of course, that’s not good enough for the Democrats. They’ve gotta inflict even more damage. Anyway, Dingy Harry got in on this. I was just watching it here at the top of the hour, and he was whining and moaning about $350 billion in tax cuts for the minimum wage. “This two dollars an hour increase in minimum wage, why, this is important! People could use that money to go buy health care,” and I about made a mess in my pants! You going to go out and buy health care, with a minimum wage increase of two dollars an hour that phases in over three years? Buy health care? If health care is that cheap, I want to know where!
BREAK TRANSCRIPT
RUSH: Now: “Business lobbyists believe that lawmakers will ultimately strip from Senate minimum wage legislation any sanctions against companies caught hiring illegal immigrants. Whether they can keep it out of immigration laws is another matter. The Senate 94-0 vote yesterday inserted a federal contracting ban for businesses that violate immigration law into a bill that would raise the minimum wage,” and the provision was offered by a good guy, Jeff Sessions, Senator Jeff Sessions from Alabama. Under this amendment, “companies caught hiring illegal workers while on a federal contract would be banned from government work for ten years. Other companies discovered with illegal workers would be prohibited from getting federal contracts for seven years,” and I’m telling you big business is howling. They are screeching! They think they might be able to get this taken out of the minimum wage bill, but they’re not so sure they can keep it out of any further immigration bill or additional immigration.
I told you last year that one of the problems Republicans have is that whole bunch of Republicans in big business want illegals flooding the country for the cheap labor aspect of it, and you thought, “It’s not that many, Rush. Come on!” I’m telling you, it is. Labor costs? It’s the number one cost of every business! The lower you can make ’em, the better. It’s just axiomatic.