Did Breck Girl Clear Cut for Air Force One? 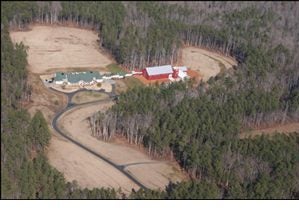 St. Louis and Joe. You’re next, sir. Hello.
CALLER: You know, Rush, I don’t know if you saw pictures of John Edwards’ estate out there.
RUSH: I saw it.
CALLER: But it looks to me like he clear-cut, and I mean absolutely flattened about a hundred acres of woods around his estate.
RUSH: I know, it does. It looks like there was a nuclear blast there and then he built a house.
CALLER: It looks like a Wal-Mart parking lot surrounding his estate, and then you see these giant woods and trees, and you can see right where they just clear-cut, they just destroyed it. Now, do you think anybody will notice that besides you and I?
RUSH: Yeah, I’ve had some people e-mail me about it, and I’ve only seen one picture of it. The website people can find it. We need to put a picture up there because we can’t describe it effectively. But you have come as close as anybody I have heard. But the thing is Wal-Mart parking lots are paved. It’s worse than clear cutting. They just leveled the environment all around this house, and it looks like it’s out in the middle of nowhere, which it is. It’s got a long, winding road. You can’t get to this if John Edwards doesn’t want you getting to it.
CALLER: And you know what’s going to happen with the fluorescent lightbulbs? Same thing that happened with the toilets. Instead of using one flush you use three flushes now. Instead of using one fluorescent lightbulb, people will be using three and four fluorescent lightbulbs to do what one incandescent does.

RUSH: Yeah, yeah, yeah, that’s exactly right. You’re exactly right. You know what people are doing? You can go on eBay and buy these old toilets that have the three and four gallons in them instead of the one and half. The old toilets are grandfathered, you can legally put them in. These are compact fluorescent lightbulbs, they’re not just fluorescents, these are compact fluorescent lightbulbs authored here and promoted by Laurie David. But that’s a good point. You’re going to need a whole lot more of them, plus, you know what people have done also with the toilet problem, in addition to certain prisons now having point them away from Mecca so Islamic prisoners don’t have to insult religion by using the toilet while pointing the wrong direction. I wonder what kind of Islamic law they violated to get in prison in the first place. Anyway, I’m sorry. Beside the point.

Now you can go out and get these vacuum things, these toilets that hit the button, vacuum, because, you know, he’s right. The gallon and a half or whatever, you do have to flush the toilet three or four times, and they get stopped up, clogged up and all this sort of thing. So now you have these vacuum things or motorized or whatever. You let one of those things blow up on you, you’ve got water all over the bathroom or a busted pipe. Doesn’t happen much.

BREAK TRANSCRIPT
We’ve posted the picture of John Edwards’ new estate, the 28,000 square foot main house and the barn that’s where the basketball court is and the gym and everything. By the way, I have no quarrel, I don’t want anybody to misunderstand, people can spend their money however they want. With Edwards, this is a guy walking around talking about the poverty stricken circumstances that so many Americans endure in this country, and how this country doesn’t have opportunity for people and he needs to be elected to fix it, this whole ?two Americas? gunk. What I want you to notice in this picture is the clear cutting. Take a look at the environmental destruction that took place to build this house. Second thing I want to point out to you is on top of the barn you will see what looks like a tower on top of the barn, or the red building, whatever it is. I think it’s a barn. 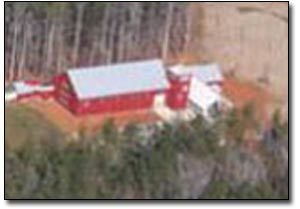 Now, my theory, ladies and gentlemen, is that what Edwards has done, he has clear-cut this area, and I don’t know how far the clear cutting goes, he may not be through with the clear cutting, he may be planning on building a runway that would handle a Boeing 747 such as Air Force One, or maybe a smaller version of Air Force One he could fly in, like a G5 or a 757, 737, whatever he’s in would be Air Force One, and that may be what the tower is for. Sort of like a miniature air traffic control thing. If not, he’s obviously going to have a helipad there so that Marine One can land as he’s president and can get back to his North Carolina White House. If I’m wrong about this, this tower is just a security tower, where marksmen will be standing by prepared to shoot anybody from the second America that dares to try get close to his estate.