RUSH: All right, ladies and gentlemen. It has become obvious to me as host of this program that global warming is now going to be something akin to Gorbasms and Condom Updates and Peace Updates. It’s something where there’s going to be noteworthy news each and every day, and so when that status gets anointed or appointed to a news story, what we need is a musical update theme, and this was just what first popped into my head, off the top of my head, our Global Warming Update Theme.
(“Fire,” by The Crazy World of Arthur Brown)
RUSH: Okay, that’s the Crazy World of Arthur Brown and just the first thing that came to mind, but we’re going to need a theme song because I’ve got a global warming stack here and you people watching on the Dittocam can see it. Here’s just the top story in the stack: “Ice Packs (and Polar Bears) are Thwarting Fishing in Iceland — Polar bears drifting from Greenland to Iceland on ice floes…” (Laughing.) Stranded polar bears on ice floes are attacking fishermen and merchants and it’s becoming a big problem. “It’s causing a worrying decline in fish supplies from Iceland since the beginning of the year but the underlying cause is something they would never have guessed: a massive deep freeze around the west coast of the country.”
BREAK TRANSCRIPT 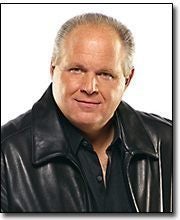 RUSH: Now, there has been universal disgust over my choice for our Global Warming Update Theme as “Fire” by The Crazy World of Arthur Brown. That song is from 1968. I checked some of the e-mails from subscribers at RushLimbaugh.com, and some of them liked it; some of them really liked it, but most people just hated it, are disgusted by it, thought it was just nothing but noise. Brian and Dawn didn’t particularly like it because they’d never heard of it before. The song is from 1968. I played this song — ’68 was my second year in radio as a deejay. That song grew on me like a rock ‘n’ roll rash. I happen to think that it’s perfect! Update songs are not supposed to be common, ordinary, everyday songs. Una Paloma Blanca was not something everybody was well aware of when I chose that as a Peace Update in the late eighties; the Darth Vader theme for the Gorbasm; Clarence “Frogman” Henry, “Ain’t Got No Home,” for our Homeless Update. You can’t go out and pick something everybody knows. Some of the suggestions have been “Heat Wave” by Martha Reeves and the Vandellas. I haven’t heard this in a long time. Mike, play a little portion of this. I just have to see if it fits.
(“Heat Wave,” by Martha Reeves and the Vandellas)
RUSH: I love the tune, don’t mistake me, but I have to hear the lyrics here. See, it’s gotta fit — psychologically, musically, a whole bunch of different ways — to qualify as the official update theme song. Martha Reeves is now on the Detroit City Council, I think. It’s got a good intro. You can do a lot of talking over the intro here. Okay.
(“Heat Wave”)
RUSH: This sounds like an update theme for the astro chick!
(“Heat Wave”)
RUSH: Okay, that’s enough of that. That’s enough. We’ll put it aside; put it in the stack for consideration. What do you think about that? You people didn’t like “Fire” by the Crazy World of Arthur Brown. I know. It doesn’t fit lyrically. It’s closer to working for the astro chick. 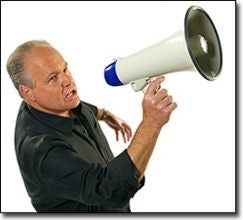