RUSH: Let’s get to this adoption story from yesterday, just to remind you of this — and the AP was breathless in reporting this thing. They couldn’t wait to report the fact that a couple of groups, gay and lesbian groups, were just ecstatic over research involving 161 families, quote, unquote, that adopted parents were better for children than their natural parents. There was no skepticism. This was just a puff piece from front to back. So last night at ABCnews.com, Gary Langer, the director of polling, addressed this. He says: “Today’s new bundle of joy is a study on adoptive parents published in the American Sociological Review. The Associated Press report on this study looks darn newsy: ‘Adoptive parents invest more time and financial resources in their children than biological parents.’ What might have been made clearer…” 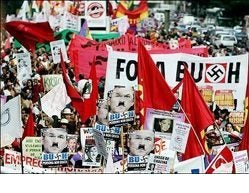 Of course, it should have been made clearer, Gary, but this is an agenda story! They’re not trying to be clear about anything. They’re advancing a notion here. “What might have been made clearer is that this is so because adoptive families … have higher incomes and more education. When the data are controlled for income and education, there is no significant difference between married mom-and-dad adoptive parents and mom-and-dad biological parents. Both do equally better than other family types. The report’s basic finding is that compared with being raised by a biological mother and father, being raised by an adoptive mom and dad ‘does not unequivocally constitute a disadvantage’ in the allocation of resources to young children.” Now, that’s not the same thing as saying it is an advantage over being raised by two biological parents, which is the tack the AP story took.
“In fact, the study says that ‘We find that the two-adoptive-parent family structure is remarkably similar to the two-biological-parent family structure,’ and that both are better than alternatives. The AP report also notes in its lead to the story, and discusses at some length, the notion that this report is ‘challenging arguments that have been used to oppose same-sex marriage and gay adoption.’ In fact, the study specifies that because there are too few such families to analyze in the data, it is focused only on ‘married male-female couples who adopt.'” So the point of the whole story was bogus — or the vast majority of it was bogus — because there weren’t enough families, gay parents, adoptive families to put in the study to control them. The whole thing was as we suspected, just as I told you, which is why it was silly to debate this. This was an AP agenda story.