RUSH: Ho-ho-ho-ho-ho-ho. This is just so juicy. Let’s take this in order. (story) ?Hillary Rodham Clinton vowed yesterday to change the United States so it’s no longer an ?arrogant power? that alienates the world. ?When I’m president, I’m going to send a message to the world that America is back – we’re not the arrogant power that we’ve been acting like for the last six years,? Sen. Clinton said during her first campaign stop in the Sunshine State.? She was down in Miami. ??We want to be an admired country again in the world. There is a lot of work to be done,? Clinton said to applause from a predominantly black audience gathered for her town-hall-style chat in the Liberty City section of Miami. Clinton blamed the Bush administration for squandering worldwide goodwill in the wake of the 9/11 terrorist attacks. ?It’s very sad to me,? she added. ?We have to rebuild it because a lot of the problems we have, we can’t solve on our own. It can’t be solved just because we have the strongest military in the world.??

All right, so she vowed to end US arrogance as president. The whole idea that she can represent the US in any which way, matter, or form is arrogance in itself. Is it not arrogant to say, ?I’m going to end US arrogance?? Especially since she’s a lib. As a lib, arrogance is in the DNA, condescending arrogance is in the DNA. But, forget that. (story) ?Hillary Clinton’s campaign apparently didn’t take too kindly to the harsh rhetoric from L.A. music mogul David Geffen, courtesy of today’s Maureen Dowd. Geffen, who is backing Barack Obama, called Bill Clinton ?reckless? and clearly is still upset that Clinton didn’t grant a pardon to cause celeb native American Leonard Peltier. More Geffen: ?Marc Rich getting pardoned? An oil-profiteer expatriate who left the country rather than pay taxes or face justice??”
You know, Geffen’s part of the SKG group, the Spielberg Katzenberg Geffen group, and they were in the tank for Bill Clinton throughout his presidency and they had this big deal fund-raiser for Obama last night. Now, originally it was expected to attract 400 people, but the restaurant where they were going to have it couldn’t handle the overflow of 600 people so they moved it to the Beverly Hilton hotel which at one time used to be owned by Merv Griffin. Big deal. So what we end up having is 600 Hollywood supporters of Obama. People like Tom Hanks, Jennifer Aniston — I read some of the people’s names on the list of attendees. They each gave 2,300 bucks, and then after that they were invited to a private bash at Geffen’s house. All of those who raised $46,000 for this thing last night were invited to a private bash at Geffen’s house. So you had 600 Hollywood supporters of Obama equaling what? 600 Hollywood deniers of Hillary. Yes, my friends, 600 Hollywood supporters of Obama, 600 Hollywood deniers of Hillary, 600 actors, actresses, producers, producerettes who are known by name; they are known by address; they are known by phone number; they are known by Social Security number, and they all probably have FBI files.

So as Leonard Nimoy, the star of Star Trek might say, ?May these 600 Hollywood deniers of Hillary continue to live long and continue to prosper.? We pray for their continued health here at the EIB Network after this shindig last night. By the way, this just in. John Edwards has a new strategy. In an article that was in Variety, Peter Bart said that John Edwards said the biggest threat to the Middle East is Israel. Edwards said (paraphrasing), ?I didn’t say that! That’s totally erroneous. I didn’t say that.? So he’s flip-flopping all over the place, depending on the audience to whom he is speaking. Now, his out in Hollywood is that there are two Hollywoods. Well, just like there are two Americas, there are two Hollywoods. There’s the filthy rich in Hollywood, and those people are going after Obama and Hillary and whoever else, and then there are the little people of Hollywood. And unlike Obama, Edwards is going after the other Hollywood type, the little Hollywood types, the second Hollywood. He’s going after the extras, the grips, the key grips, the best boys, the electricians, and of course the tort lawyers.
So the Democrats, they are surrounding the place, ladies and gentlemen. Anyway, this Maureen Dowd column in the New York Times is especially biting. Not only did David Geffen say of Bill Clinton that he is reckless, he had this to say about both Clintons. ?Everybody in politics lies, but they, [the Clintons], do it with such ease, it is troubling.? David Geffen, who was part of a troika that arranged 600 Hillary deniers in Hollywood to show up last night in an Obama bash. Maureen Dowd quoting Geffen today. It’s very close to what Bob Kerrey said about how good at lying the Clintons are. Trouble in paradise out there for a while.
BREAK TRANSCRIPT 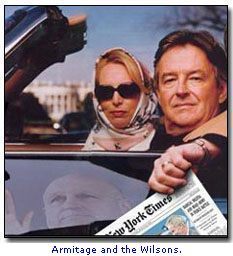 RUSH: These liberal presidential candidates all trying to outdo each other in demanding earlier and earlier dates for withdrawing from Iraq. I?m going to make you a prediction. Hillary Clinton will soon announce that we should withdraw retroactively, that is that we should withdraw before we ever go. We should have withdrawn before the war started. She’s essentially said that in her own way. Look, this Hillary and Geffen thing gets even better. Here is more of what Geffen said about the Clintons and the Democrats in general in the Maureen Dowd column today. He says, “God knows, is there anybody more ambitious than Hillary Clinton?” and “Obama is inspirational, and he?s not from the Bush royal family or the Clinton royal family. Americans are dying every day in Iraq. And I?m tired of hearing James Carville on television.? David Geffen. Maureen Dowd today.
More Geffen. ?I don?t think anybody believes that in the last six years, all of a sudden Bill Clinton has become a different person. I think they believe she?s the easiest to defeat,? meaning the Republicans. ?She is overproduced and overscripted. ?It?s not a very big thing to say, ?I made a mistake? on the war, and typical of Hillary Clinton that she can?t,? Mr. Geffen says. ?She?s so advised by so many smart advisers who are covering every base. I think that America was better served when the candidates were chosen in smoke-filled rooms.?? You know, now Geffen and Der Schlick Meister, Slick Willie, were once really, really tight. Now, as I told you, Clinton has been called a reckless guy by Geffen, who gave his enemies a lot of ammunition to hurt him and to distract the country.

This didn’t sit well, ladies and gentlemen, because ?Clinton Communications Director Howard Wolfson issued the following statement today demanding that Barack Obama disavow personal attacks that his campaign finance chair made against Senator Clinton in this morning’s New York Times: ?While Senator Obama was denouncing slash and burn politics yesterday, his campaign’s finance chair was viciously and personally attacking Senator Clinton and her husband. If Senator Obama is indeed sincere about his repeated claims to change the tone of our politics, he should immediately denounce these remarks, remove Mr. Geffen from his campaign and return his money. While Democrats should engage in a vigorous debate on the issues, there is no place in our party or our politics for the kind of personal insults made by Senator Obama’s principal fundraiser,? meaning David Geffen.
So the Clinton camp is not happy about this and demanding that Obama renounce what Geffen said. What’s this all about? Well, ?Sen. Barack Obama on Sunday railed against ?slash and burn? politics in Washington in a brief stop in Nevada, his first since declaring his presidential ambitions. ?We’ve got to get beyond the small politics … the slash and burn politics that have become the custom in Washington,?? and that’s what Wolfson is referring to. But it just keeps heating up. The Obama camp has responded to Howard Wolfson’s demands that the Obama camp shut up and silence David Geffen. From spokesperson Robert Gibbs, ?We aren?t going to get in the middle of a disagreement between the Clintons and someone who was once one of their biggest supporters.? Now, get this next line. ?It is ironic that the Clintons had no problem with David Geffen when was raising them $18 million and sleeping at their invitation in the Lincoln bedroom. It is also ironic that Senator Clinton lavished praise on Monday and is fully willing to accept today the support of South Carolina State Sen. Robert Ford, who said if Barack Obama were to win the nomination, he would drag down the rest of the Democratic Party because ?he’s black.?”
It’s getting vicious out there in the Democrat Party! Geffen launches on the Clintons, Howard Wolfson tells Obama, ?You rein Geffen in, get him to stop this stuff.? Obama’s camp responds by saying, ?Isn’t it ironic the Clintons had no problem with Geffen when he was raising $18 million and putting people in the Lincoln Bedroom, himself included.? Oh, my friends, this is delectable, and Hillary Clinton today has criticized President Bush’s education policy as doing little to help minorities and acknowledged that she is still searching for ways to raise minority student test scores. Test scores are up under President Bush’s program, Mrs. Clinton, but I suggest that if you really want to find out what can be done about improving the education of minorities and everybody else, call Steve Jobs. You know, Algore is on the Apple, Inc., board of directors. Call Steve Jobs, Mrs. Clinton. He has an excellent idea. Many people have had the idea for many, many moons, but we have been ignored when we have issued this idea.
Mr. Jobs in Austin, Texas, recently said get rid of the teachers unions, give the principals power to fire the bad apples who are teachers. He said that the teachers unions are too unionized, the public schools are too unionized. I told you people, by the way, you think the Democrats are totally unified? I have told you also that Mrs. Clinton and the Clintons have this sense of entitlement where her ascension to the presidency is concerned, and all of these defections, like Geffen, and there will be others, plus the rise of Obama, why, this is just not supposed to happen. And, you know, Bill is sitting back there, Chappaqua, wherever he is, and he?s saying (Clinton impression), ?Do these people not remember what I did to Andrew Cuomo? Have they forgotten what happened to the Torch?? 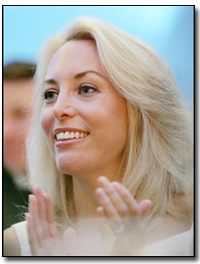 He calls Hillary up on the phone, ?Hillary, do you think it’s time for Geffen to wake up with somebody’s dead horse head in his bed? We can’t put up with this much longer. This is falling apart on us out here. We can’t kill everybody, we can’t wipe out everybody out here. We’ve got to do something about this.? So there’s probably some consternation going on out there. ?We’re not going to have anybody from the Clinton royal family,? Geffen’s essentially saying to hell with this notion that they’re entitled. Plus this little zinger, “I’m tired of seeing Carville on TV”? (Whistling.) Yes, my friends, just sit back and take a gander.