RUSH: If you people will permit me, I will make this brief. It is getting sick. It is getting really sick what the media and the judicial system, the legal system are doing with this whole Anna Nicole Smith situation. The judge is auditioning for a television show, everybody in his courtroom just wants to be on TV, and there’s the media granting the wish. Get this. This is just sick. Headline: Anna Nicole’s Body Decomposing. Now, why is this a story? Well, here’s why. ?The drawn-out court battle over what to do with Anna Nicole Smith’s body has a new sense of urgency: the starlet’s remains are decomposing more quickly than expected and a public viewing could be in danger. That warning from Broward County’s medical examiner Tuesday came as Smith’s boyfriend and her estranged mother?? this, that and the other thing. So we gotta hurry up with this because the body is decomposing because there may not be able to be a public viewing? A public viewing? What is she, a candidate for pope or something, her body is not supposed to decompose, candidate for sainthood or something? It’s an absolute tragedy.
Now Britney Spears has left rehab again after another one day stint at a place in Malibu, and this is news. It must be a slow news day at the Drive-By cable nets, but I’m telling you, I have a chock full show here without mentioning any of this stuff. I only did now because at some point even I, America’s Anchorman, must weigh in on the absolute worthlessness and stupidity of all this and illustrate it as an example of the decline of American culture and media.

BREAK TRANSCRIPT
RUSH: Katherine in Ventura, California, thanks. I apologize for that. Snerdley thought he could cause some fireworks here, but it’s your turn.
CALLER: Oh, thank you. Two questions, Rush.
RUSH: Yeah? 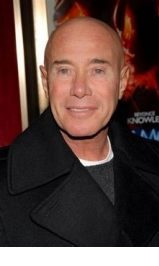 CALLER: Are you familiar with the Florida judge who is trying this Anna Nicole Smith case?
RUSH: I don’t know him personally. He lives down the road in Broward County, Ft. Lauderdale. I don’t know him personally.
CALLER: Is he a media guy? Is he in the paper all the time? He seems to just love to perform.
RUSH: To explain my attitude about this judge, I have to go back to my days of na?vet? and idealism when I was young.
CALLER: Okay.
RUSH: My whole family are lawyers, and I have an uncle who is a federal judge, and my grandfather was a judge at times, prominent lawyer; my cousin is a judge on the Missouri Supreme Court. My father talking to my brother and me as we were growing up constantly telling us about what it’s like dealing with judges as a lawyer, that they are autocrats, they rule the courtroom —
CALLER: Now wait a minute, my husband’s a judge.
RUSH: Well, no — he respected them.
CALLER: No, I understand.
RUSH: No, he was using his experiences in the courtroom with judges —
CALLER: Sure.
RUSH: — as a life lesson for me, ?Son, you’re going to deal with authority figures, and they’re going to have more power than you do, and there are just times you’ve got to deal and live with what they say.? And then he went on to say this is why — and I’ll never forget him saying this — this is why we need incredible people as judges.
CALLER: Well, this is the next question I wanted to ask you. Is there a commission on judicial performance or some kind of judicial watch dog agency in Florida that lawyers can complain to, you know, regarding how he’s handling this case and ?
RUSH: I don’t know. Your husband is a judge. Is he subjected to that where you live in California?
CALLER: Oh, my gosh, in California there’s a commission that’s very liberal. They mostly go after conservative judges, but yes, they have a —
RUSH: What kind of judge is your husband?
CALLER: He’s a superior court judge.
RUSH: Is that elected or appointed?
CALLER: He’s elected. If he did this, they would be on him next week.

RUSH: When it comes to appointed judges, I don’t know if this guy is, I don’t know what legal mechanisms there are to reprimand or get rid of the guy, but that’s not the point. As I look at this judge and when my father was telling me about his view, why it was incredibly important that we just had really rare and unique, wise individuals as judges, and he was relating this to the current legal issues of the time. I forget what they were, but he gave me examples. I look at this guy and he is the antithesis of an incredible person. This guy is no more than a wannabe television personality.
CALLER: Exactly.
RUSH: This guy is making a —
CALLER: He?s disgraceful to the other judges in the state. He’s a disgrace.
RUSH: He’s not the first to bring disgrace upon judges.
CALLER: I know. There’s Ito and all kinds of lovely judges out there that did that. You’ve got to remember the lay people are watching this, and you just think, ?Gee.? Actually, it probably is a good thing when you think about it because they can see what it’s like to have someone like him handling a case.
RUSH: In a way, it’s okay for people to get a different view. You look at judges and they’re wearing the robes, they’re up there on the bench, and they’re sitting high above everybody. I think a lot of people think they are — especially at the Supreme Court level, you look at our society today — the judges have been set up as the final arbiters of political issues.
CALLER: Yes, sir.
RUSH: So this guy is sitting there, and he knows that there are network TV cameras televising everything he’s doing and he is milking this for everything it’s worth while the body is decomposing. This is an ordeal that ought not have lasted longer than half a day.
CALLER: I know. I hope the lawyers do something about it. I hope they can complain —
RUSH: Well, one of the lawyers today told this guy it was a circus, and the judge said, ?I take great umbrage at that. You’re calling these proceedings in my chambers a circus.? He chartered a couple of jets for this Howard K. Stern guy to fly back to the Bahamas last night.
CALLER: Wow.
RUSH: Gave him his choice. He went up and got a jet from a local sports owner or a doctor and Howard K. Stern — this is in the newspaper.
CALLER: He is Lance Ito who had them flying over southern California, his jurors in the Goodyear blimp, and letting celebrities in and — oh, goody. Okay.
RUSH: Well, that’s true. This guy is not the first, but this guy is totally caught up in his pop culture moment. It’s patently obvious. This is sick. It is sick, in terms of our legal system, it is sick in terms of the status of our pop culture. There are parts of me that thinks Britney Spears keeps checking in and out of rehab every other day because she’s jealous of all the coverage this guy is getting.