It’s Too Early to Pick a Candidate

Steve in Schenectady, New York, you’re next on the EIB Network, sir. Hello.
CALLER: Hey, how you doing, Rush?
RUSH: Hey.
CALLER: I’d like to hear more about Sam Brownback, Senator Sam Brownback. Right now it seems like he’s the only person I could possibly vote for and I just don’t hear enough about him.
RUSH: I’m confused, if you don’t know enough about him, how do you know enough to vote for him?
CALLER: Well, I know that he stands for all the important things that I care about, particularly being pro-life, and I’m from New York, and definitely you need to quarantine, politically quarantine New York, and maybe even the northeast from the presidential process. We don’t have anything good to offer.
RUSH: (Laughing.) You know what, that reminds me of Barry Goldwater, said pretty much the same thing, and Lyndon Johnson ran a commercial of a saw sawing the eastern seaboard of the United States off, floating out in the Atlantic Ocean. (Laughing.)
CALLER: I think he was right.
RUSH: Look, as to Senator Brownback, and about all of these candidates, because I get e-mails, and I haven’t taken too many calls here — this is one of the first, ?Rush, how come you haven’t told us which one of these people you like?? Folks, let me answer this for you as cogently, coherently, and briefly, as I can. A, it’s too soon. B, I don’t know. C, it’s ten months before the first primary! I wrote a chapter in my book, My Success Is Not Determined By Who Wins Elections. You people who have been with me since the get-go understand that I don’t get involved this early in primaries. We get down to two people in the primary circumstance, if there are two viable candidates left, and I have a preference, at that point I will say so.
But this far out, I’m not going to tie myself to a candidate. I’m not under the illusion I can cause a candidate to win or make a candidate win, and I certainly am not going to tie myself to somebody that may end up doing something stupid down the road and lose. What’s that going to do for me? Well, I don’t know. Snerdley says I can make them lose. Maybe. But I don’t look at it that way. This is way too soon. I don’t tie myself to somebody in the primaries as I say until we get down to the last two, like when Bush-McCain 2000, I obviously made a choice there. But those were the two viable candidates. We have a field of what, six and maybe seven here? And lurking out there is Newt Gingrich, who’s thinking about getting into this in the fall if circumstances meet whatever his criteria are.

As far as your question about Senator Brownback, I have another theory about this, folks. It’s not my job to tell you about these people. It’s not my job to promote them, and it’s not my job to sit here and go through a long list. How boring would this be? “All right, today, ladies and gentlemen, I have the position list for Senator Blowhorn and Senator Blowhorn on abortion thinks?” you would be bored out of your mind! You wouldn’t remember half of what I told you anyway. I don’t look at this as my job to educate you on who these people are. It?s their job. They’re the candidates; they’re the ones going out and getting votes. It’s their job to get noticed. 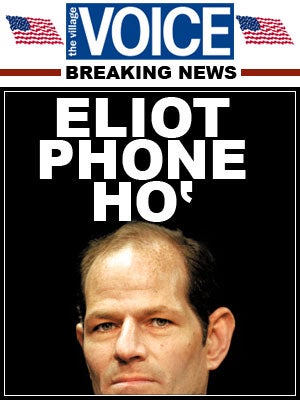 I’m sorry to say, sir, if you don’t know much about Sam Brownback, then Sam Brownback’s got some work to do. I don’t. I mean, I can read about Sam Brownback. He’s done some things that I like. I don’t like the fact that he defected on aspects of the Iraq war and the surge, joining Democrats in this. I was a little perplexed about that. Yeah, he’s a little weak on immigration for my tastes. So anyway, it’s ten months before the first primary starts. I can’t tell you right now who I hope gets the nomination. In fact, last time I made news on this is when I said none of these people rev me up. This is about three months ago. None of them rev me up. Oh, the Drive-Bys loved taking that sound bite and broadcasting it all over their networks. I said none of them rev me up and why should I say someone does if they don’t?
Now, I’m not saying that what is happening now is unimportant, because this is the time where the polling data comes out, candidates make themselves known, fund-raising competitions are underway and so forth. I’m not saying it’s not important now. This is the political market at work. I?m just telling you that of the people that are out there right now, I do not have a preference. I don’t. How else can I say? What else do you want me to say, Snerdley? Because he’s giving me this look like he doesn’t believe what I’m saying. I know what you people are thinking. You know there are people I don’t want to get there, right? Yeah, there are those people, but I have made no secret of that. But at the same time, let’s say that there is a Republican candidate A, that there is no way right now I’m going to come out and extol the virtues on the basis that he’s a conservative because if he’s not, he’s not, and I’m not going to say he is. I’m not going to sit here and take a candidate who’s 70% conservative and say, ?Okay, that’s conservative,? when there’s 30% out there that isn’t.
Now, if that candidate who is 60 or 70% conservative happens to get the nomination and is up against Hillary Clinton or Barack Obama, well, you know, that’s a different story. At that point, you make an informed choice. So if I come out here today and say there is no way candidate X I’m ever going to support, I may end up having to down the line. I’m not going to sit out in the name of purity. I am not going to say, ?Republicans need to learn a lesson. We need to lose again.? I’m not. I never have been one of those. There’s no such thing as sitting out in the name of purity. You know, only a bunch of idealist moderates, people that don’t understand the realities of politics do that.