Is Booing Ban an Example of Softening Nation? 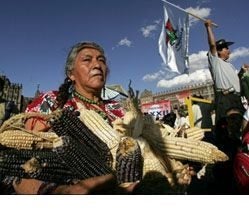 RUSH: ?Some high school sporting officials in Washington State want to throw unsportsmanlike behavior off the field.? This from ABC News a couple days ago. ?From brawls on professional basketball courts to out-of-control parents at Little League games, unsportsmanlike behavior can be a problem. Now, some high school sporting officials in Washington State are considering tough new rules – including a ban on booing. Those who support the ban say that too often, spectators are cruel. ?It’s the organized effort to try to intimidate or try to make fun of someone that becomes personal in nature that can escalate then into other concerns that we might have,? said Mike Colbrese, executive director of the Washington Interscholastic Activities Association.
?Colbrese and his colleagues said they have trouble hiring coaches and referees because of the abuse they take. By banning booing from the stands, they believe they can create a more welcoming environment on the court and field. Experts agree that behavior at school sports events is not what it used to be. ?Parents are more intense, family members are more intense, siblings are more intense,? said Christine Brennan, a USA Today sports columnist and ABC News consultant. ?Everything is ratcheted up.? At the Washington state high school basketball championships Saturday night, the fans were on their best behavior. But some weren’t pleased that their right to boo might be taken away. ?The crowd should be able to say what they want to say,? said one woman. ?They pay their money. They should be able to boo if they want to.??
All right, folks, what do you think of this? Is this the softening of America? Is this about self-esteem? Is it about preventing criticism of our precious young high school athletes? Is it about bad behavior on the part of parents? Is it about the fact that most booing is aimed at the refs and the refs are upset about it and they don’t want to be booed over the job? What it boils down to is, ?Hey, we’re not going to allow you people to come in and watch these games and be critical.? So what is it? Is it a good move or does it represent a further softening and weakening of the fiber of strength of this country?
BREAK TRANSCRIPT

RUSH: George in Columbia, South Carolina, you’re next on the EIB Network.
CALLER: Rush, major dittos from Columbia, South Carolina.
RUSH: Thank you, sir.
CALLER: Rush, I just want to talk about this boo banning out in Washington State. It illustrates the point why it’s scary that liberals are teaching our children, the leaders of next year. You know, I think any high school student would realize that, man, this isn’t about getting referees in or intimidating people. It’s a constitutional issue. You can’t ban free speech.
RUSH: Well…
CALLER: Right?
RUSH: Yes, you can. You can ban ?Fire!? in a crowded theater, or any number of things. But, you see, can’t ban free speech. Your company can tell you what you can and can’t say in your e-mail that you write. The school can sit out there and they can tell students in the audience that they can’t boo. I mean, you watch ’em. They will do it. The First Amendment says shall make no law banning speech, practice of religion, that sort of thing. We’ll have more on this tomorrow, folks.