RUSH: You gotta hear Calypso Louie from Nightline last night. He was talking with reporter Martin Bashir, and Bashir said, ‘Well, what about [Mrs. Bill Clinton]?’

FARRAKHAN: Not for young people. Ms. Clinton is formidable, but Barack is even more.

BASHIR: Hillary Clinton was — her husband, Bill Clinton, was described as a black president. What does that make her? 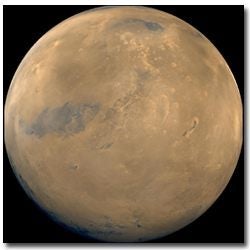 FARRAKHAN: Really, not much. Although black people looked at Bill Clinton as a black president, he did less for black people than other presidents. We lost the safety net under his administration for welfare mothers. We lost a lot.

RUSH: They haven’t forgiven Clinton for bending over, grabbing the ankles, and signing welfare reform. Bashir said, &ldquo;Okay, a black man, Barry Obama, has announced that he’s standing for president. Do you support him?&rdquo;

FARRAKHAN: I like him very much. He has a fresh approach. He’s a beautiful young man. If avoiding me would help him to become president, I’ll be glad to stay in the background, because of the taint that’s on the minister.

BASHIR: Has he reached out to you?

FARRAKHAN: He has not made himself available to me.

RUSH: Do you forbid black-and-white dating and marriage?

FARRAKHAN: Because that’s the natural thing.

RUSH: Calypso Louie. He also admitted in this interview that he’s had prostate cancer. He says he’s a changed man and he’s not the same guy that he was. He said he’s no longer anti-Semitic, and he’s not anti-white and he’s not anti-American and he’s not anti-gay. All he is is pro-black. Anyway, Bill Clinton didn’t do anything for blacks, didn’t do nearly as much as everybody thinks. By the way, New Republic is out with Barack on the cover, and he doesn’t look pretty in this caricature, which really emphasizes those Dumbo ears.