RUSH: We have now with us Governor Arnold Schwarzenegger from California. He just touched down in Fresno. Governor, thanks for making time for us today. GOV. SCHWARZENEGGER: Absolutely. How are you today Rush? 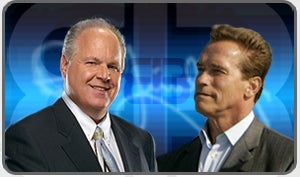