RUSH: This is Al in Bayside, out in Queens. It’s nice to have you, sir. Welcome to the EIB Network.

CALLER: Suppose the Democrats do capture the White House 2008, and this thing does go through. How long do we have talk radio?

RUSH: Well, it’s not going to work. I’ll answer your question, but it’s not going to work. You have to understand that in 1987 when the Fairness Doctrine was gotten rid of, the total number of talk radio stations in this country was infinitesimal. I think there might have been a hundred. It was really, really tiny. Today, there are over 1500 of them. That means all kinds of people have jobs. The reason that it’s grown by that much is because it’s profitable. The radio industry is not going to sit around and just take this lying down. They’re not going to stand for it. They will petition. They’ll fight it. They’ll lobby. They will go to the FCC and do whatever they have to, to see to it that it doesn’t get that far. The genie is out of the bottle. It’s a classic illustration that they’re trying to put the genie back in the bottle, but let’s say that it did pass. I don’t know if there would be a period of time for it to take hold again. I don’t think they would go from, ‘Okay, the president signs it and tomorrow it’s law.’ It probably would be one of these six months things where it sort of evolves and has an experimental period to see how it’s working and then how it needs to be tweaked, to be improved and so forth. If that ever happened, it would be so obvious what a mistake it was, that it would be exposed — and they would be exposed — for what it is.

I don’t doubt their desire to do it. I know they would love to do it. They would have done it yesterday, folks. There was one thing about this that I’m going to take the occasion of your call to mention, Al. The Democrats are who they are. This story shows up in a conservative publication today. Do you know what else is going on in Washington today? There is rigorous debate on the new immigration bill going on in the Senate. The Democrats are as dumb like foxes, and they thought they would trick me. They thought they would get me spending this whole show talking about the Fairness Doctrine. This didn’t show up in the New York Times. It’s not in the Washington Post. It’s these two Democrat staffers leaking to Bob Tyrrell’s magazine, the American Spectator. Genuine disgust will result from that. Conservative talk show hosts will be talking about it, and guess what? Maybe not talking about the immigration bill. As I say, I do not doubt that they would love to get this done, but the idea that this hits today when the immigration bill is being debated? — and it’s a website, so it’s not a magazine they had to target the story for a publication date. This is a website where this story appears. 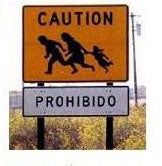 The immigration debate is crucial because, as I told you last year, the only reason the immigration bill in the Senate was stalled is because the House, then under Republican leadership, refused to even go to conference. They refused. Denny Hastert and the boys refused to even appoint a conference committee to go talk to senators about reconciling the difference in the two immigration bills. So the Republicans in the House stopped it. I made that point prior to the November elections because so many people were so bent out of shape about the Republican position on immigration, from the president’s. His idea was adopted pretty closely by McCain and Senator Kennedy, and if it hadn’t been for the House Republicans, that might have seen the light of day. It might have passed. Well, now they’re gone, folks. The Republicans in the House are powerless. They can’t really stop much if the Democrats are united on something and want it passed. Now, again, it depends on what the bill is, but if this bill comes out of the Senate — and it’s pretty close to what the House Democrats want, and is close to what Bush wants — then what’s there to stop it now? Nothing, except you, raising hell on the phones and in e-mails to your elections officials. That’s the only thing stopping it. Of course, the way the Democrats think is, ‘Well, if you don’t know about it because conservatives have been distracted by talking about the Fairness Doctrine, then they won’t hear from their constituents.’ They’ll be able to get this done essentially under the cover of darkness. But as you just heard, ladies and gentlemen, I have not fallen prey to the trick because I know the Democrats. I know liberals — you know how it goes — like every glorious square inch of my glorious-yet-shrinking naked body.