RUSH: This next story I just absolutely love. I just love this story. It’s from the Boston Globe. ‘Shortly before landing, Bob Hayden and a flight attendant had agreed on a signal: When she waved the plastic handcuffs, he would discreetly leave his seat and restrain an unruly passenger who had frightened some of the 150 people on board a Minneapolis-to-Boston flight Saturday night with erratic behavior. Hayden, a 65-year-old former police commander, had enlisted a gray-haired gentleman sitting next to him to assist. The man turned out to be a former US Marine. ‘I had looked around the plane for help, and all the younger guys had averted their eyes. When I asked the guy next to me if he was up to it, all he said was, ‘Retired captain. USMC.’ I said, ‘You’ll do,” Hayden recalled. ‘So, basically, a couple of grandfathers took care of the situation.’ The incident on Northwest Airlines Flight 720 ended peacefully, but not before Hayden, a former Boston police deputy superintendent and former Lawrence police chief, and the retired Marine had handcuffed one man and stood guard over another until the plane touched down safely at Logan International Airport around 7:50 p.m. State Police troopers escorted two men off the flight. Trooper Thomas Murphy, a State Police spokesman, said one of the men was transported to Massachusetts General Hospital for ‘an unspecified medical issue, possibly mental health.” 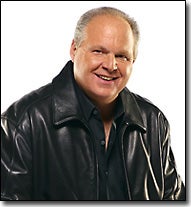 Now, here’s the best part of the story. ‘Hayden’s wife of 42 years, Katie, who was also on the flight, was less impressed. Even as her husband struggled with the agitated passenger, she barely looked up from ‘The Richest Man in Babylon,’ the book she was reading. ‘The woman sitting in front of us was very upset and asked me how I could just sit there reading,’ Katie Hayden said. ‘Bob’s been shot at. He’s been stabbed. He’s taken knives away. He knows how to handle those situations. I figured he would go up there and step on somebody’s neck, and that would be the end of it. I knew how that situation would end. I didn’t know how the book would end.” (Laughing.) That is just fabulous. Wife knew how it was going to end, didn’t care, kept on reading the book. Guy says to the Marine, ‘You’ll do.’ (Laughing.) I saw this guy interviewed on Fox this morning, but there’s a point here. He says, ‘Yeah, all the younger guys had averted their eyes.’ This guy is 65 years old, Hayden 65, he comes from a generation where they weren’t taught conflict resolution in school, and the schools weren’t raising a bunch of sissies in little boys and young men as a result of the chickification of the culture. Great, great, great love this story.

RUSH: Curt in Rockford, Illinois. Nice to have you. You’re up first today, sir, on the EIB Network.

CALLER: Dittos, Rush. It’s an honor to speak to you from flyover country.

CALLER: Hey, on the first story that you had about the folks that wouldn’t help the two grandfathers.

CALLER: To subdue a passenger?

CALLER: I know why nobody helped, and it’s because of the litigious society we live in. Get rid of the lawyers and people will help.

RUSH: Uh, so the theory is that the younger guys on the flight wouldn’t help because they’re afraid that the victim would sue them for manhandling them?

RUSH: Well, I can’t deny that we’re a litigious society, and I can’t deny that people might have somewhat of a reluctance to get involved in something like that, but I don’t think that’s the first thought that crosses their mind. Most people are of the ‘I’m not going to get involved’ type, but when somebody starts disrupting an airplane with the experiences that we’ve had in this country, with that happening, it’s time for action.

CALLER: Well, if I was on that airplane I would have helped those grandparents, so —

RUSH: Well, it turns out they didn’t need it. But the guy made a point, Bob Hayden, in looking around and said that the punks on the plane averted their eyes and weren’t interested. Thanks Curt. This is Scott in Sheboygan, Wisconsin. You’re next on the EIB Network.

CALLER: A pleasure to talk to you, Rush. It’s the first time I’ve ever tried to call. I’ve got to take issue with that younger person comment, though. I’m under 30 and I know a lot of guys just like me. If they would have been on the plane, those two guys would have been taken apart. It has nothing to do with age. It’s all about your mind-set.

RUSH: Well, look, I did paint with too broad a brush. I realize that there are some young people out there like you that would take matters in their own hands. My only point is that —

CALLER: Not even some, there’s a lot. We get painted into this demographic of wusses —

RUSH: Look, I don’t know if there’s a lot. I mean you take the passengers in that plane, there wasn’t one young person that stood up. You could extrapolate that to the national population. The point that I was trying to make, and maybe I obscured my point with the invective and the inflamed rhetoric — but we are raising a bunch of sissies.

RUSH: Yes, we are. The new castrati. You can’t deny that they’re out there.

CALLER: They’re out there, but they’re not everywhere. I’m a retired Army. I was in Iraq, got blown up in the —

CALLER: There’s so many people, like hundreds and thousands of guys that I’ve met throughout the course of my career and being at Walter Reed for two years. They would have ended that so quick, it’s not even funny.

RUSH: I feel like Wolf Blitzer trying to talk to Rudy Giuliani.

RUSH: No, it’s okay. It’s good. You gotta give me some credit for sense. You know I’m not including you military people in this.

CALLER: You sounded really general, I mean, I wasn’t trying to, you know —

RUSH: Even if I was general, I mean I’m — (laughing) — you know me on the military, and you know that I’m familiar with how tough you people are. You have to just be able to assume some things here. But I’ll make the point I was not talking about any military people or anybody in law enforcement, either.

CALLER: Okay. All right. But still, there are a lot of — you know, I’m young, or whatever, and there’s still a lot of people who would have. I don’t think wusses are a majority.

RUSH: May not be, but it’s a growing number and it’s worse than it used to be. We never used to raise little men to be sissies. We can’t play dodge ball in school! We can’t play tag. We can’t play kick ball. You can’t raise your hand in class now because that intimidates somebody else who doesn’t know the answer. We’re raising a bunch of sissies.

RUSH: Well, this is getting fun. I have some Marines writing in saying, ‘Don’t speak too soon here about those Army guys, Rush. There’s some sissies in the Army.’ Let’s stop this. Now we got intra-service humorous rivalries going on. I don’t want to get in the middle of this.