RUSH: Kim Gandy, who is the president of the NAGs — the National Association of Gals — has written a piece. It’s on the NAGs’ website: www.NAG.org. She writes this. ‘Try to put yourself in this picture: Imagine you are a woman with two children, and you live in perpetual fear. Your husband hits you frequently, and threatens to put you on the street if you ask for money to buy groceries or clothes for the kids. As primary caregiver to your kids, and due to lack of money and other resources, going to school is not an option. You used to work part time at a factory where you were harassed by your bosses, who often denied your full wages. You would have protested, but knew there would be nothing to protect you from being fired if you did so. You were fired anyway, once you became pregnant with your third child. You have no access to contraceptives, nor can you afford pre- or post-natal care. Your husband beat you for getting fired. You want to call the police, but you are afraid that they will arrest you, or take your kids away. 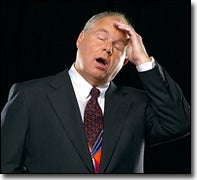 ‘So you have no recourse, and no way out. If this were your life, where would you guess you lived? Some poverty-ridden country with a corrupt government? Maybe. But you could very well be a woman right here in the U.S[.] Like nearly half of all undocumented immigrants, you may have entered the U.S. legally, but your visa expired — or you came here as a ‘dependent spouse,’ and your husband overstayed his work permit. Without funds of your own (if you came on a ‘spouse visa,’ it didn’t allow you to work anyway) then you have no way to return to a home thousands of miles away. And anyway you don’t want to take your children, who are U.S. citizens, away from everything and everyone they know. You feel trapped.’ You feel trapped. Even though you’re getting beat to shreds and your kids are not being supported; you’re being threatened with thrown out, you don’t want to leave! (I added that last part.) ‘In all of the debate about immigration laws and what is needed, there is little recognition that, right here in the good ole’ U.S. of A., there are entire communities of people living without basic human rights, in circumstances not so different from those you might imagine in faraway countries with repressive regimes. We don’t like to think of our country that way, but terrible abuses are happening right under our noses, some of it by government officials, and it’s high time to take a hard look at this cruel system, and make some long-needed reforms.

‘That’s why [the NAGs] was a founding partner of the National Coalition on Immigrant Women’s Rights (NCIWR), and we [at the NAGs] are working to bring attention to the problems faced by immigrant women (including the one-fourth of immigrants who are undocumented) and to fight for specific reforms that address issues like domestic violence, child abuse, and sex trafficking…. I can’t help noticing that many of the loudest and nastiest voices — those generating the most heat and the least light — are the same ones who also oppose women’s rights, civil right[s] and reproductive rights at every opportunity…. Not surprisingly, misinformation about immigrants and immigration (and nearly every other subject) is rampant on right-wing talk media. Even among people who consider themselves progressive, I’ve heard some pretty misinformed views — ones that could have come right from the mouth of Rush Limbaugh. For example, it seems to be a common belief that nearly all undocumented immigrants ‘climbed the fence’ or ‘sneaked across the border,’ though that is far from the truth. Why do we think that? Because the name-callers on talk radio and rant-TV say so, and too many people don’t question their inflammatory rhetoric.

‘And their hate-talk seems to have been translated into public action, in everything from targeted deportation of pregnant women, to frightening raids of the homes of legal immigrants, to factory roundups in which frightened children are separated from their distraught mothers for days and weeks. [NAG] Executive Vice President Olga Vives was part of a Children’s Hearing on the impact of these raids, sponsored by Fair Immigration Reform Movement (FIRM).’ Anyway, the rant continues. (interruption) So how do most of them get in? They don’t climb the fence. They just walk in! That’s not the point. The point here, Mr. Snerdley, is that these immigrant women are being beaten up by their immigrant husbands and they’re being threatened with being kicked out on the street and so forth, and yet we gotta get ’em in here! They’re coming out of the shadows. Now, NAG Kim Gandy describes immigrant men as men who hit their wives frequently, threaten to put their wives and children on the street if they ask them to buy groceries or clothes for the kids and make their lives live in perpetual fear. Now, this is a great character assessment for the people that the US Senate is trying to get legal in one day, right?

By the way, Kim Gandy of the NAGs is making the same argument. We gotta legalize these people, and hate talk, it’s me, that’s standing in the way of this. According to Kim Gandy, immigrant women had better not get pregnant and/or lose theirs jobs because their immigrant husbands will beat them for it! These are the people we want to come in and do jobs you won’t do. Gandy’s commends are a despicable charge, folks, that the millions of immigrant men and fathers who do work long hours at demanding jobs and do try to provide for their wives and children… But they are men after all, I guess. Really! (interruption) They have no access to contraceptives? It’s all about us denying them condoms. They do. They have access to the whole social welfare system. None of this is accurate. See, this piece is exactly as I was referring to earlier. This is a piece ostensibly written in sympathy for immigrant women. It’s not. It’s liberalism! It’s full-fledged liberalism under the guise of women’s rights or what have you. (interruption) Yeah, I wonder why Gandy cares about illegal immigrants. None of this makes any sense. I only share this with you because she’s blaming me for it — and the fascinating thing is, she is giving us, in her mind, what is an ‘accurate’ character description of the illegal immigrants in this country that she thinks we ought to move heaven and earth so they can get in.