RUSH: Story today, John Solomon, Washington Post. ‘Splitting Hairs, Edwards’s Stylist Tells His Side of Story. For four decades, Joseph Torrenueva has cut the hair of Hollywood celebrities, from Marlon Brando to Bob Barker,’ did you see, by the way, speaking of Bob Barker, the Clintons were in some sort of Fourth of July parade yesterday or day before, they were out there in Iowa for four days, and apparently some old women that were just there, because it’s something to do to get out of the house, saw Clinton and Hillary walking down the street and they started screaming, ‘It’s Bob Barker! It’s Bob Barker!’ They thought Clinton was Bob Barker because of his white hair. Anyway, this guy, this stylist, Joseph Torrenueva cut Marlon Brando’s hair, Bob Barker’s hair. ‘So when a friend told him in 2003 that a presidential candidate needed grooming advice, he agreed to help. The Beverly Hills hairstylist, a Democrat, said he hit it off with then-Sen. John Edwards of North Carolina at a meeting in Los Angeles that brought several fashion experts together to advise the candidate on his appearance. Since then, Torrenueva has cut Edwards’s hair at least 16 times.’ This is the $400 haircut guy. 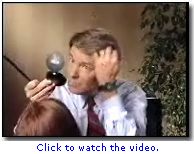 ‘At first the haircuts were free.’ Like a good liberal, Edwards was demanding a freebie and getting it, and a good liberal haircut guy was offering the freebie. ‘But because Torrenueva often had to fly somewhere on the campaign trail to meet his client, he began charging $300 to $500 for each cut, plus the cost of airfare and hotels when he had to travel outside California. Torrenueva said one haircut during the 2004 presidential race cost $1,250 because he traveled to Atlanta and lost two days of work.’ Now, get this. This is Torrenueva speaking of Edwards. ”He has nice hair,’ the stylist said of Edwards in an interview. ‘I try to make the man handsome, strong, more mature and these are the things, as an expert, that’s what we do.” Joe, you might be doing a great gig on the hair there when it comes to the Breck Girl, but strong, more mature? I’m not trying to be mean here, but the guy sends his wife out to do the dirty work on television shows. Writes John Solomon, ‘It is some kind of commentary on the state of American politics that as Edwards has campaigned for president, vice president and now president again, his hair seems to have attracted as much attention as, say, his position on health care.’ Well, there’s a reason for that. Edwards makes his hair an issue. You’ve all seen the YouTube video of Edwards there primping in the mirror his hair before going on television.

‘Edwards said that he was embarrassed by the cost and that he ‘didn’t know it would be that expensive,’ suggesting the haircuts were some kind of aberration given by ‘that guy’ his staff had arranged.’ This is what set off Joseph Torrenueva because he thought he had a good relationship with the Breck Girl, but the Breck Girl threw him under the bus once the $400 haircuts hit — because the Breck Girl called him ‘that guy.’ The Breck Girl knows his name, but the Breck Girl tried to make everybody think, ‘I had nothing to do with this. My staff arranged the haircuts. You think I got time to deal with haircuts? That guy came to me.’

‘But Torrenueva’s account of his long relationship with Edwards — the first he’s given — probably guarantees that won’t happen quite yet. And if $400 seemed a lot for a haircut, how about one for three times that? Asked for a comment, the Edwards campaign said this week that Edwards had arranged for the stylist to give him numerous cuts over the past four years. But it said that a personal assistant handled paying for the haircuts and that Edwards didn’t realize how much they cost.’

Not buying it. I am not buying this, ladies and gentlemen. What America is he in? He’s all concerned about poverty and the lack of goods and resources and he doesn’t know what a haircut costs? Breaking news. This is his spokesman. Colleen Murray. Breaking news. ‘John Edwards got some expensive haircuts, probably didn’t pay enough attention to the bills. But he didn’t lie about weapons of mass destruction or spring Scooter. He just got some expensive haircuts.’ Anyway, Torrenueva says he was hurt by Edwards’ response to all the flap. He’s had a four-year relationship with the guy and he called him ‘that guy.’ 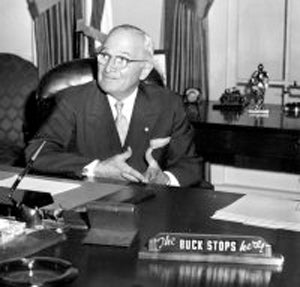 RUSH: A couple more things with this Breck Girl situation. Aside from the comedy of there being two Americas as his campaign theme, every time one of these snafus happens, what happens? The Breck Girl brings some staff or the staff comes out and takes the blame, one of the two, ‘I’m too busy, I don’t worry about how much things cost,’ of course not — and then gets all over the president for pardoning Scooter Libby. A, you’re not president so you couldn’t have done that if you wanted to, but number two, presidents don’t pass off blame to the staff. You’ve heard the old Harry Truman sign on the desk there, ‘buck stops here.’ Of course with Clinton they put a new sign, ‘The buck never got here,’ ha-ha-ha. With the Breck girl, there’s lots of bucks, but they’re going to hairstylists. Now, Clinton, Inc. I use the term Clinton, Inc., quite a bit. The organization that the Clintons have set up, and they have infiltrated much of the Drive-By Media. They have an operative that actually hosts a Sunday show on ABC. His name is George Stephanopoulos. ‘Rush, he’s not an operative.’ Once you’re in Clinton, Inc., you’re in Clinton, Inc. Carville and Begala, they were on CNN as a team for a while. The Clintons, they’ve got all kinds of people out there. Clinton, Inc., is all over the Drive-By Media. Stephanopoulos, one of their operatives took on this Edwards story today because Edwards is doing better than Hillary is in Iowa. The fill-in host today was Kate Snow, talking to Stephanopoulos. She asked him, ‘Nationally he’s in third place but he’s doing well in Iowa. What about this, George?’

STEPHANOPOULOS: As you know Kate he’s been fighting these stories about the $400 haircut.

STEPHANOPOULOS: He and Elizabeth Edwards have been joking about it, but just yesterday the hairdresser comes out, a guy named Joseph Torrenueva. This is your worst nightmare if you’re a candidate. Apparently, this is a Beverly Hills hairdresser. He used to cut the hair of Marlon Brando, Bob Barker. He’s been cutting John Edwards’ hair since 2003, and he said he got very hurt when Edwards seems to dismiss him, said that, oh, I’m disappointed, I do feel bad. If I know someone I’m not going to say I don’t know them. When he called me ‘that guy,’ it hurt, and so he’s gone out and detailed —

SNOW: This is the hairdresser saying this.

STEPHANOPOULOS: It does because, you know, he’s tried to make his campaign around the idea of two Americas, and we have to make sure that the poor in America have access to the American dream. And this makes him seem more of an elitist, but even more than that, it seems a little callous to be sort of pushing off on the hairdresser when the hairdresser comes back and says, ‘Wait a second, I was a friend of yours, I’ve worked hard for you,’ it can’t help. More haircut headlines are not good news for John Edwards.