VoteVets Spokesman Admits Their Attack Is Not About What Rush Said

RUSH: Have you seen this Fox News poll? Nearly one in five Democrats say the world will be better off if the United States loses the war. One in five — so like 20% — of the Democrats. What was the other one, 35% of Democrats think that Bush knew about 9/11, now we have 20% of Democrats think we’d be better off if we lost, the world would be better off if we lose the war. Does this surprise anybody? Another way to look at this, though, is it means four out of five Democrats don’t think that, so where the hell are they? Where the hell are they, and what are they saying? Mark Twain had a quote. I got this from National Review Online on The Corner.

Mark Twain: ‘In the beginning of a change, the patriot is a brave and scarce man, hated and scorned. When the cause succeeds however, the timid join him, for then it costs nothing to be a patriot.’ One out of five Democrats. By the way, 73% overall think it’s better if we win. That’s still a scary low number, 73%, about three-fourths of the country, think that we’d be better off if we win. All right, I want to go to the audio sound bites. Last night on the Rusty Humphries Show, which airs nine to midnight Eastern time, he had as his guest the vice chair of VoteVets.org, which is the group running these ads and getting this phony soldier smear ginned up, and I’ve got two bites here. The guy’s name is Brandon Friedman, and Rusty Humphries says, ‘Why are you doing this, honestly? What is your reasoning behind this?’ 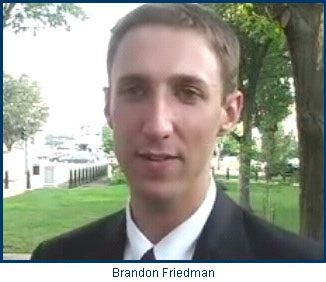 FRIEDMAN: The problem I have with Rush Limbaugh is that he enables policy makers who have gotten our country into a lot of trouble. We’re in a lot of trouble. I mean, we’ve got some serious problems with Islamic extremism globally, and we can’t address those problems correctly —

FRIEDMAN: — because we’re bogged down in another country’s religious civil war.

HUMPHRIES: Okay, so it’s not what Rush said, it’s who Rush supports, and because he helped get them elected, he needs to be taken down, is that —

FRIEDMAN: No, it’s a pattern of what he does. I mean, this guy has a voice, and he affects people.

RUSH: There you have it. The guy, ladies and gentlemen, a leading spokesman for VoteVets.org admitting publicly that the reason the liberal hit squad is attacking me is because they don’t agree with my position on the war and that I’m influential. Let me ask you a question. Is that what we should be doing in America? Knowingly smearing somebody because you disagree with his policy views, lying about what he said, trying to destroy his character, because that’s what this gentleman has just admitted doing. Anyone who practices these kinds of tactics ought to be ashamed of themselves, whether they’re civilized, or used to wear the uniform, or still wear the uniform. Lying about somebody’s statements to advance your own policy objectives is not honorable, and it won’t work because there’s no substance behind it. Let me suggest that the vast majority of men and women in uniform today, as well as those who have served before, do not want us to lose. They don’t want this mission to fail, and they don’t sign on to the anti-war movement led by the likes of Harry Reid.

Let me further suggest this: VoteVets.org doesn’t represent the vast majority of veterans out there. I think the American Legion and the Veterans of Foreign Wars, with literally millions and millions of members, are far more representative of the vets in this country than VoteVets.org, and yet they are portrayed much as other fringe liberal groups as huge and powerful and influential, and they’re not, and this audio clip indicates that they are feeling powerless to stop people like me and my influence, and so I have to be taken out with a smear. Now, one thing I want to also point out: When Harry Reid went to the floor of the Senate this past Monday to denounce me, he didn’t cite this group, he didn’t mention VoteVets.org. They never hold press conferences with them. I never see Dingy Harry with members of VoteVets.org standing with them on the podium. Why is that? Could it be because they don’t share the policy positions of Reid and his ilk, they want our combat forces to have the equipment, additional support they need to win the war, and this group doesn’t even really like Reid — maybe it is that Reid’s embarrassed to be with these guys. You don’t think that’s what it is? (interruption) Meets with them secretly? Well, that’s probably right.

The reason Dingy Harry and the rest of the Democrats do not show publicly with members of VoteVets.org is because they don’t want you to know the intricate degree of coordination between these anti-war groups and elected Democrats in the House and the Senate. That’s why they never cite them; that’s why Dingy Harry didn’t cite them. He made it his own words. He said, ‘Limbaugh said this.’ He had no idea what I said. He didn’t care what I said. The VoteVet.orgs and the Media Matters types fed him the data. It worked. This is, and was, a coordinated smear, and they don’t want the coordination noticed, orchestrated from day one here, folks, as I have explained repeatedly. And not thanks to VoteVets.org and one of its spokesmen, this fact has been underscored. The American Legion, the Veterans of Foreign Wars, these are organizations with literally millions and millions of members. I side with them. I side with the American Legion.

I don’t share the views of VoteVets.org, which works closely with Harry Reid and a number of other elected Democrats. And because I share the same position as most of our soldiers and this new Fox poll, and because I share the position of most of the American people, who do not want us to lose, I support the troops in this war as anybody with a brain knows, I am attacked over my support for the troops and the war by the claim I oppose the troops. Wesley Clark is still on the bandwagon doing it. He was in Sacramento yesterday on our blowtorch affiliate out there, KFBK, still attacking my constant criticism of uniformed military personnel. Think about how nutty that is. The fact that it has received the endorsement of many in the media underscores why so many of you have nothing but contempt for the Drive-By Media, because you know the coordination. The one place it hasn’t spread, it hasn’t spread to the Drive-By Media en masse. It stayed pretty relegated to cable.

They wanted to create the same kind of blow-back that MoveOn.org got, and they have failed. They’ve failed for a simple reason. People at the New York Times, the Washington Post, the three networks, know this is a smear. They’ll be glad to take me out if something comes up that they think is legitimate that they can push, but they didn’t want any part this, and they’ve had nine days now to get on it. They didn’t want any part of this because they know this is a smear. They know of the coordination. The truth of that should be, then, if they know that it’s a smear, where is that story? Where is that story against VoteVet.org and Media Matters? So it’s not that they are trying to protect me. It’s that they just want to wait for their next chance and they’re not going to go out and attack fellow leftists on this. I got one more sound bite here from Brandon Friedman, who was on Rusty Humphries’ show last night, which airs nine to midnight Eastern time. Humphries does most of the talking in this bite. Brandon Friedman pipes in at the end.

HUMPHRIES: Again, he talked about this Jesse MacBeth the day before, he talked about him on that show, the day of the show, the day after the show. He’s explained himself and still you’re going to continue, and you support what Harry Reid said, taking this out of context? Come on, Brandon, that’s not fair. That’s not right. I could take what you said out of context. I mean this guy explained, and explained, and explained, and you’re still spreading these lies, saying that he called a soldier a suicide bomber? And what about Tom Harkin? Do you think it was okay for Tom Harkin to accuse Rush Limbaugh to be on drugs?

FRIEDMAN: Yeah, maybe it’s not appropriate for the Senate floor, but it’s true.

RUSH: I granted an interview to the Palm Beach Post on Wednesday night, and it was published in the Palm Beach Post today. Somebody over at the pretrial diversion office let a reporter see — I have to fill out a monthly report to the pretrial diversion office that ends, by the way, this is the last month of it, this will be 18 months. The form asks a bunch of personal questions, information, name, address, phone number, you gotta put it down every month, the e-mail address, how much you earn during the month, and you have to testify whether you’ve used illegal drugs, this sort of thing. I’ve had monthly drug tests that are performed, passed them all, have not even been tempted. I told the guy at the newspaper, Jose Lambiet, never been tempted to go back to it. Story today opens, ‘Sorry, Tom Harkin, Rush Limbaugh is not on drugs.’ The proof comes from the State of Florida.

So here we have Brandon Friedman — play this bite again. He thinks it’s totally true what Tom Harkin said. It was just inappropriate where Harkin said…

That’s Brandon Friedman of VoteVets.org. So, look, these people have been caught in a big lie, they’ve admitted it themselves. Now they’ve admitted their own ignorance, their own prejudice, and their own bias, and this is one of the two groups behind this smear that’s now in its ninth day. They’ve been totally exposed and discredited for who they are and what their purpose was. I want to thank Rusty Humphries for making this audio available to me this morning.