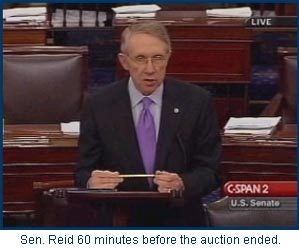 Reno, Nevada, this is Dale. You’re next. Welcome, sir. Nice to have you here.

CALLER: Thank you, Rush. I appreciate the time to speak with you.

CALLER: Rush, I wanted to speak with you about, I totally agree with the fact that under the libel and slander laws that you don’t have a case because you are a public figure.

CALLER: However, I think if you can answer five questions, three, maybe four questions in the affirmative, that you may have another action. First of all, was there a public official involved in this? And the answer is yes.

CALLER: Secondly, was there more than one public official? The answer is yes.

CALLER: Were they answering — or acting officially during your regular workday? The answer again is yes.

CALLER: Do they have the power to affect the rules, regulations, and laws concerning your industry? The answer again is yes.

CALLER: And the third thing is, did they then try to contact an individual who is part of your marketing program to affect your ability to make a living?

CALLER: Under those three circumstances, I think what you have is public officials acting under the (unintelligible) to deprive you of your civil rights.

RUSH: You know, this is interesting, because had this gone any further, that was the angle I was going to take it, because if they interact with my contractual agreements that I have made with people and prohibit me from fulfilling them, they have stopped and interceded on my ability to do business, and, as such, they have harmed me and the people I do business with. And that would be, you’re absolutely right, that would be the direction to go. Not slander, not libel, not any of that stuff.

CALLER: The other half of that, the nice thing about it is that you report that to the FBI who hands it off to their civil rights people, the ones that go after the policemen for beating folks. And if they don’t do it then you can go for a writ of mandamus to make ’em —

CALLER: Absolutely. One other thing that might be considered along this line —

RUSH: Right. Well, let’s go ahead and blow the strategy. Go all the way, go ahead. What’s the other thing?

CALLER: All right. The other thing that might be considered in all of this was the ostensive media information provider was ostensibly set up by an individual that’s a signatory to that letter, which now includes media —