The Truth About the Income Gap

RUSH: The Wall Street Journal has a great, great editorial today called ‘Movin’ On Up.’ It has fabulous data in it. It blows away the demagoguery, doesn’t blow away the demagogues. Now, it’s hard to do this on the radio because it’s numbers, and numbers and radio don’t mix, but I, my friends, am a highly trained broadcast specialist. If anybody can make this editorial understandable, it is I. The staggering reality, a question to you. The way income statistics are presented in this country is in quintiles. So there are five groups, income ranges. And, of course, quintile one is the poorest of the poor, the lowest of the low, the thirstiest of the thirsties, the hungriest of the hungry. Two high range of poverty, middle class, and upper, and then, you know, me. Thank you, Mr. Snerdley. So you have five quintiles and the question is, ‘What group had the greatest growth in income over the last ten years? Was it the richest among us or the poorest among us?’ 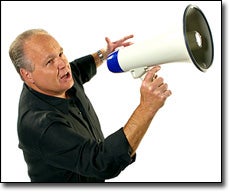 Another way. In John Edwards’ two Americas, which America had the greatest percentage change in income? Don’t bet the farm on the richest. You’d be wrong. It’s the poorest. The lowest quintile, the liberals’ losers in the lottery of life, the lowest one-fifth of earners, their median income over the last ten years increased by 90%. Well, how about the highest fifth, the quintile with the Clintons in it and me? It went up by 10%. Percentage income, 10% increase over the last ten years in the highest quintile. Lowest quintile, 90% increase over the last ten years. Now, are you surprised about this? Some of you probably are, because if you read the Drive-By newspapers, you’re shocked. And if you get your news from mainstream Drive-By television, you’re shocked. Income of the lowest quintile grew 90%. Income of the highest grew only 10%. Now, this is not one of these quick and dirty surveys with a thousand people and loaded questions. This is a study of 96,700 tax forms from 1996 and 2005.

As I have told you countless times over and over, more than half of those in the poorest category move up. The poor is not a constant group. People are moving in and out of these quintiles all the time. People at the top lose a lot, some lose everything. Everybody’s moving in and out of these quintiles: one in four in the middle or upper middle category. The poorest category moved up, and one in four in the lowest quintile made it to the middle or upper middle category in the last ten years. So they jumped two or three spots, two or three quintiles. And God bless America, 5% of the people in the lowest quintile in 1996 had made it to the highest quintile by 2005. I’m not kidding. This is 96,700 tax forms from the IRS. So you could say that 25% in the lowest quintile made it to the upper or middle category, 5% of the lowest, the poorest, made it to the richest quintile. Now, you might be saying, ‘Rush, Rush, you’re talking to yourself. The media and the liberals will never let these realities change their talking points or action lines,’ and I know that’s the case, my friends. For the liberals, it’s the only game in town. But this is a big ‘however.’

We can’t let ’em screw up the dynamic economy, our democratizing economy, with discredited Depression-era tax policies. This report proves that many of the rich they want to soak were the poorest ten years ago. By the way, in that fourth quintile, that’s where the Charles Rangel tax increase would begin. Now, the lib narrative for this is what it is. ‘We can’t get this news out. This destroys everything we’ve been telling people about the gap between the rich and the poor growing.’ The gap between the rich and the poor is not growing! It’s a media myth. It’s a liberal myth. They can’t allow the myth to be destroyed, so they’ll come up with something like, ‘Well, you know, the poorest of the poor, they don’t even fill out tax forms. They’re so poor that we don’t even file returns. You can’t use this information, Limbaugh, this Wall Street Journal stuff is doctored. We know those people don’t fill out tax returns.’ Well, some of them do, and they’re moving up. This system, it works miracles for people who have ambition and drive, and we can’t let liberals destroy this.

CALLER: Hello, Rush. It’s such an honor to talk to you today.

CALLER: Hey, you were talking about the widening income gap, and I would argue as the Democrats describe it, it is widening, and it will always be widening, and there’s not a problem with that. Just by your own numbers, you said 10% for like your income gap, if your income went from ten million to 11 million in ten years, at 10%, your income raised a million dollars, whereas if I made $50,000 and it doubled, a hundred percent in ten years, I’d make a hundred thousand dollars. So in dollar amounts, the income gap would have widened. In percentage, it wouldn’t have, but as far as the standard of living, that would make a huge impact on me, and it would make a somewhat impact on you.

RUSH: That’s exactly right. You’re exactly right. The widening gap between rich and poor is always done on incomes, not percentage increases. But here’s the real reason why the gap between the rich and poor is good. It is the incentive offered to those in the lower quintiles to get out of them and move up. And the fact that there are people where you want to go proves you can get there.

RUSH: So it provides an incentive. The gap actually is an incentive for people on the low end of the gap to get out of it and move closer toward the high end of the gap. So the fact that the gap exists means that opportunity still abounds in the country.

RUSH: There isn’t a problem with it. The libs have made a problem. It’s a campaign slogan. It’s class envy. They tell people who are increasing their income that it would be a lot more if the rich weren’t stealing it from them, or the rich aren’t paying enough taxes. See, the libs want everybody equalized. They want people to think in the lower income brackets that the rich are going to be gotten even with, that it’s not fair the rich have that much more than they did, and so it’s time, get out there and punish the rich. And so whether that impacts the poor or the middle class in a positive fashion, which it doesn’t, is irrelevant in a monetary sense, they’re just doing it. It’s just a political cheap trick, appealing to envy.

CALLER: Well, and I like your point, the wider the gap, the more potential I have.

RUSH: Exactly. This is econ 101, and so few people are taught basic economics 101. I did that monologue last week. I should do that every now and then, because the income gap, rich and poor, was part of that monologue, and I’ll tell you what, to illustrate this, let’s say that instead of five income quintiles, the Democrats succeed in taxing the rich and punishing the rich and instituting a wealth tax so much that we’re reduced to three and that the gap is very narrow and the distance between rich and poor is much less than it is today. That would translate being much less opportunity in the country because the higher you get the more the government is going to take away from you. And so what incentive is that? It’s why lower tax rates work. Let’s say back when Reagan took office in 1981, the top marginal tax rate, folks, was 70%. Now, the marginal rate is best explained as the rate you pay on the last dollar of income. It’s the highest rate, but you have to go through other brackets before you get to the 70% bracket.

I’m going to make this up, because I don’t have the numbers from that era, but it will be pretty close. Let’s say that the 70% rate kicks in at the first dollar over a hundred thousand. Below 70 was a 60% rate that kicked in over 90, and so forth. So the higher you went, the less of that dollar you earned, you got to keep. So there was no incentive to get there. What there was were a lot of tax shelters that people were able to utilize to avoid hitting the marginal rate. That was put in there by Congress, who writes tax law in order to steer social architecture the way they wanted. When Ronald Reagan left office, eight years later, in 1989 the top marginal tax rate had gone from 70 to 28%. A lot of the shelters had gone away as well. Those of us in the know said immediately, once we got to 28% — there was a 31% bubble for some income, but it was basically 28% — those of us in the know knew that the next time we had a Democrat president, that 28 was going to get jacked up, but none of the shelters, so to speak, would be reenacted. And that’s what happened.

Clinton got in there, and the 28% rate became 39.6%, and with retroactivity thrown in for like a year prior. I will never forget this. What happened in the eighties when Reagan lowered the top rate from 70% to 28%, if you go look at the total take to the Treasury from income taxes in 1980-81, it was around four to 500 billion. I think that’s right. The bottom line is it doubled. When Reagan left office, we were over 900 and some odd billion dollars in revenue, at lowering the rates, the same thing that’s happened here with the Bush tax cuts, same identical thing. These tax cuts have included a lowering of the capital gains rate to 15%, and that’s caused just all kinds of booms to occur and the money pouring into the Treasury is more than anybody projected, the deficit’s lower than anybody thought it was going to be, and yet here we have Democrats talking about the need to raise taxes to pay for health care when we’ve got money to pay for that and a bunch of other things and cancel a bunch of redundant programs at the same time.