RUSH: I touched on this next story briefly early on. I’m going to spend just a little more time on it. From the Washington Post Foreign Service today, a new report to show UN overestimated AIDS epidemic. Now, why would they do that? Why would the UN overestimate the AIDS epidemic? Can anybody say money? Same reason Ted Danson overestimated the death of the oceans. Can anybody ask the same question about global warming? Why would the UN be overestimating the destruction from global warming? ‘The United Nations’ top AIDS scientists plan to acknowledge this week that they have long overestimated both the size and the course of the epidemic, which they now believe has been slowing for nearly a decade, according to U.N. documents prepared for the announcement. AIDS remains a devastating public health crisis in the most heavily affected areas of sub-Saharan Africa. But the far-reaching revisions amount to at least a partial acknowledgment of criticisms long leveled by outside researchers who disputed the U.N. portrayal of an ever-expanding global epidemic.’ 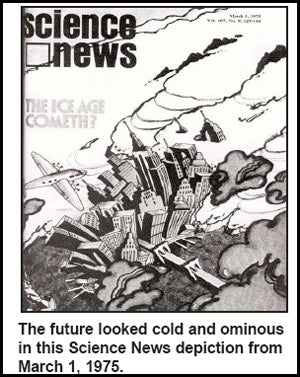 Just take the AIDS epidemic outta here and put global warming in it and you’ve got an identical story in about ten years. ‘The latest estimates, due to be released publicly Tuesday, put the number of annual new HIV infections at 2.5 million, a cut of more than 40 percent from last year’s estimate, documents show. … Having millions fewer people with a lethal contagious disease is good news…’ However, as is the case with the Drive-By Media, there is always a ‘however’ after the good news. ‘Some researchers, however, contend that persistent overestimates in the widely quoted U.N. reports have long skewed funding decisions and obscured potential lessons about how to slow the spread of HIV. Critics have also said that U.N. officials overstated the extent of the epidemic to help gather political and financial support for combating AIDS.’ Oooh, okay, so they did it strategically. They were smart. They lied on purpose to get our attention, to make sure we knew just how rotten it was going to be, and to make sure that governments around the world and individuals threw money at AIDS programs all over the world, administered by the United Nations.

Can anybody say, global warming overestimated? Same bunch of people. In fact, this last line, last paragraph, I never thought that I would see this in the Washington Post: ‘Beyond Africa, AIDS is more likely to be concentrated among high-risk groups, such as users of injectable drugs, sex workers and gay men. More precise measurements of infection rates should allow for better targeting of prevention measures, researchers say.’ I don’t want to rehash a bunch of history, but I’m sure you all remember back in the eighties when Ronaldus Magnus was president and the AIDS epidemic was spreading because Reagan didn’t care, and he had never uttered the word, and if we weren’t careful this was going to spread to the heterosexual population in a geometric fashion and it was going to be devastating. So then we started teaching kids how to use condoms, you know, using bananas and cucumbers in school. The condom craze started because it was going to spread to the heterosexual community and so forth. There was never any evidence that it was spreading to the heterosexual community, not sexually anyway, and if you said that, then you were guilty of a hate crime and profiling and discrimination, and all of that.

Now, remember what is fundamentally involved in all this: science. Science told us it was going to spread; it was going to spread to the heterosexual community. Science told us it was going to spread at geometric rates. It was a consensus of scientists. Scientists, scientists, scientists told us that this was all going to be one of the most devastating things around the world. It was time to cough up money for education, and condoms, and cucumbers and all that, and we had rock stars like Bono establish philanthropic careers on the basis of all this, all based on science. I think I read the other day — correct me if I’m wrong down the road — but I think somebody’s discovered the original case of AIDS in this country was brought in by a Haitian immigrant; is that right? In the fifties? Whatever, it wasn’t the eighties. Reagan had nothing to do with it. The left politicizes virtually everything.