RUSH: Jason in New Braunfels, Texas, you’re first as we go to the phones. Hello.

CALLER: My question to you, I was thinking about what you said earlier, about how the consumers aren’t playing along this time.

CALLER: And I sense a real generational turning point out there where you hear all this stuff about the subprime mess and yet you hear about plasma TVs flying off the shelves at Wal-Mart, and the two can’t be — it doesn’t seem like they both can exist at the same time. So I wanted to ask you, do you think we’re heading towards a real turning point, generationally speaking in the next election? Because I think that’s what caused your — what did you call it, your blue depression a couple of weeks ago? 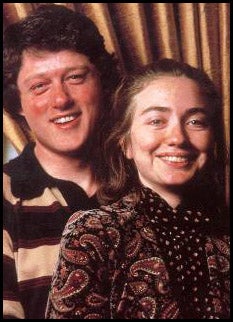 RUSH: It was because I had to talk about the Clintons so damn much.

CALLER: I don’t think that’s what it was.

RUSH: What was it?

CALLER: I think it was when — was it Colonel Tibbets when he passed away, the pilot of the Enola Gay?

CALLER: But when they leave, they’re leaving the Baby Boomers over $4 trillion in insurance policies and stuff like that, and it’s really changed the middle class economy in this country, and a lot of these young Gen-Yers that are coming up, it occurred to me the other day, you’ve got young, what do you call them — Rush Babies — in college right now.

CALLER: So I was just curious what your thoughts were on, I mean in ’96, yeah, I wish Dole had beat Clinton but it didn’t feel like it was a big pivotal election, and this one feels that way.

RUSH: Well, see, I have previously mentioned this and I think that you’re on to something if you came up with this on your own because I think we do have in this next election, 2008, the last dying gasp of the sixties Baby Boomers, both left and right, to try to grab hold of the country and make the country’s future in their image. What’s particularly dangerous here is the sixties anti-war left, which is Hillary, which is Bill, which is everybody on their side. This is their last chance. This is their last chance to take this grand vision they had in the sixties and turn this country into some, you know, socialist utopia that they envision with themselves in total control and total power of it. And the question is whether a lot of young people come out and vote. 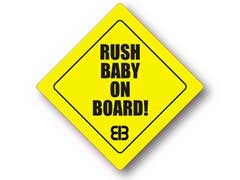 CALLER: Well, can I ask you something about that, Rush?

CALLER: Why I worry about this is because if you think about, when we talk about Generation Y, that is about 70 million young people born after 1980 and before 2000. And when you think about that generation, half of them now are of voting age. Where they’ve spent the last three to seven years has been in college and in high school. And, Rush, the people you just described, that left-wing National Public Radio, white-wine-sipping, antiquing on the weekend kind of wussy person who doesn’t want to get into red state metropolitan economies, they want something safe, they go into public education. It may be that the next election has been decided until these young people kind of get their first kid, their first mortgage, and they grow up. This isn’t like Gen X where they were growing up at 33 and 34. I haven’t met a Gen-Yer in over three years who isn’t pursuing some other kind of side business on their own, so maybe the public school teachers didn’t get to them after all.

RUSH: Well, it’s interesting you mentioned that because I’m holding here in my formerly nicotine-stained fingers a story from the American Thinker today by Charles J. Sykes. The headline: ‘A Quiet Defeat for Political Correctness.’ I’ll give you details of this because I have to go to a break here and I want you to keep listening out there, Jason, but the bottom line is liberals are not getting everything they’re trying for on college campi. Now, you can chalk it up to Rush Babies, you can chalk it up to generational change, any number of things would probably be applicable and accurate here. Some interesting data in this piece. You’re onto something.

RUSH: My last caller, Jason, made an excellent point. Well, he actually reminded me that I made a great point that I had forgotten. I can’t remember the specific thing we were talking about, but somebody on the phone was going on and on about the Clintons and it was a young person. I said, ‘They don’t remember the nineties. They’re not infatuated with the Clintons. They were not old enough to have been brainwashed by the Drive-By Media and the Democrat Party’s total love affair with the Clintons.’ Hillary Clinton and Bill Clinton, for these young kids, they’re just more old fogies running around. You know, there’s nothing magical about them to the younger set. It’s an excellent point. Now, here’s Charles J. Sykes’ piece, the American Thinker today. Liberals are not getting everything they’re trying for on college campi. ‘Maybe this is how political correctness ends; not with a bang, but with a whimper. Across the country, universities that had abandoned in the 1960s because it was too oppressive and intrusive have replaced it with programs of political and cultural reeducation.’ And the point of this story is that a lot of students say, ‘Screw you! We’re not interested in your cultural reeducation and your political reeducation,’ because they’re arriving on campus with principles and ideas already formed.

I wonder where that might have happened? At home while their parents had this program on? ‘Last fall, for instance, the University of Wisconsin unveiled an ambitious ‘diversity’ campaign designed to root out inappropriate speech and behaviors on campus. The ‘Think Respect’ campaign was not as controversial as the University of Delaware’s reeducation program that required students to confess their racial guilt and demanded that they demonstrate ‘correct’ attitudes toward sexuality and environmentalism. But UW’s program was just as creepy. Posters appeared around the campus that included suggestions how students could ‘Put Up a ‘No Hate’ Sign in Your Room,’ ‘Become a Big Brother or Sister,’ and ‘Confront Inappropriate Jokes.” This is what the university wanted students to do, and they were giving them guidelines on how to do this. By the way, a little quick question here, Mr. Snerdley: Do you know ”How many feminists does it take to change a light bulb?” ”That’s not funny,” is the answer to the question. (laughing) ‘When not confronting such inappropriate humor, students were also encouraged to inform on one another.’ In other words, if they heard inappropriate speech, hate speech or what have you, they were supposed to go tattle.

‘At the center of ‘Think Respect,’ was a ‘bias reporting mechanism’ that encouraged students to report oppressive and racist worst [sic], attitudes, and behavior. Students could download a form to make their allegations, which would then be investigated by the administration. The university’s website encouraged a liberal use of the system…’ They wanted everybody running around policing and monitoring everybody else, and then reporting to them on who was saying inappropriate, politically incorrect things. ”Students can report anything, from a hate crime to graffiti to verbal harassment,” it said. ‘When the reporting system was unveiled, UW Law professor and blogger Ann Althouse commented: ‘Students can report anything? And remember [Chancellor John] Wiley’s statement: ‘We will not tolerate bias, racism, disrespect or hate.’ We will not tolerate disrespect? You know, I want students to feel good about campus life, but isn’t part of campus life having rowdy debates and vigorous arguments?…. This program should make students worry that anything other than bland pleasantries is going to get them in trouble with the administration.”

The point here is: ‘Even at one of the most political righteous campuses in the nation, it turned out that students did not want to rat one another out to the diversity police. As the student newspaper the Badger Herald reported last week: ‘The campaign now is relegated to its spot in the vast bank of inactive organizations occupying the Student Organization Office’s web space and the bias reporting mechanism fills a similar role on the Dean of Students’ website.” Anyway, everybody says, ‘When are we going to turn this around on campus? When are we going to get rid of the liberal bias on campus?’ and I’ve always cautioned: These things don’t happen overnight. It’s not like you have a cold, and then all of a sudden one day you feel 50% better, noticeably better. This is the kind of thing that sneaks up on you, and it will happen over time — which is why it’s always so important for those of us who are in guidance positions here to never give up, even though you don’t see signs that your influence is working, either as parents, other family members, as members of the community, or with your circle of friends. So, the caller is right. Jason’s right. There’s a whole new generation of kids coming up, and as I have always said: At some point, they’re not going to take the garbage that they are inheriting. They’re not going to take the lifestyles. They’re not going to take the permissiveness. Whatever it is, they’re going to want to form their own principles, form their own culture — and to hell with the Clintons, and to hell with whoever else is demanding fealty. So there’s progress. There’s reason to feel good about this kind of stuff. Rush Babies will change this country and turn it around.

RUSH: We just had the story about how they’re not tattling on each other. They’re not going along with all on that diversity stuff at the University of Delaware and University of Wisconsin. ‘A series of articles in student newspapers at well-regarded institutions of higher learning indicate that not all young people are buying what the global warming alarmists [the wackos] are selling. Consider a recent editorial in The Harvard Crimson that calls Al Gore and other celebrities to task for ‘talking the talk’ on saving the planet, but not ‘walking the walk.’ Editor Peter Tilton notes that Gore lives in a 20-room mansion that uses twice as much energy in one month than the typical American home does in a year. And he points out that environmentalist actor John Travolta racks up tons of carbon emissions flying his five private planes. An editorial in San Diego State’s Daily Aztec is titled, ‘Death is Imminent: Global Warming Kills’ — and goes on to mock environmental doom, saying: ‘Global warming is not a problem we can fix. Earth’s history is riddled with warm times as well as cold times… Global warming will not end the existence of planet Earth.’ And the Stanford Daily gave a fair and balanced review of a lecture by noted global warming skeptic Siegfried Fred Singer.

‘The paper explained Singer’s contention that global warming is produced by the sun,’ and it is, and we are in the middle of an eleven-year active sunspot cycle, by the way, ‘and that human contribution is negligible. Included in the article was a quote from another student who said he appreciated Singer’s unconventional views and believed it was healthy to hear dissenting opinions.’ Stanford! Stanford. So there’s a creeping change out there. I gotta tell you something, folks. When I hear this kind of thing happening on college campi, where we’ve assumed that the young skulls full of mush are being propagandized by a bunch of left-wing socialist professors — and no doubt they are — but they’re not all being taken in by it, and some of them are actually opposing it, it’s positive. It is excellent. Generational change is always good.