The Benjamin Franklin of Talk Radio 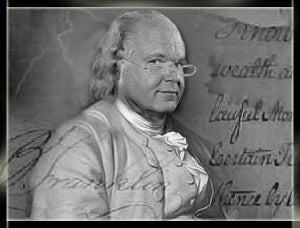 RUSH: Vinny in Wallingford, Pennsylvania, I’m glad you called, sir. Great to have you with us here.

CALLER: Hello, Uncle Rush. I’d like to say that President Clinton, well, the formerly impeached-for-lying president, should put his money where his mouth is, and he should match what you put into the Marine Corps fund, if he’s really not lying. He’s the liar. Hillary Clinton, from the floor of the House, literally regurgitated word-for-word what the impeached president was saying about Iraq. She said it from the Senate floor. She lied about everything, and accuses the president of being a liar.

RUSH: Every one of these Democrats, except for Obama, is lying about it.

RUSH: Except for Obama, I think Edwards, too. Edwards did support the war, right? Everybody in the field —

CALLER: Sure, he voted for it, just like Hillary —

CALLER: Yes. And it’s time — and you have brought that out, and you bring it out, and I think that’s why you see these other reporters that are from the left starting to change their motion and writing stories that aren’t in favor of the Clintons. But it’s time to shut the Clintons down and I think you’ve been doing an excellent job at it.

RUSH: Well, I appreciate that. Somebody has to do it.

CALLER: You remember Uncle Sam, right? That’s why I say Uncle Rush because you are the new Voice of America, and I think Benjamin Franklin would be very proud of you today on the same stage as him.

RUSH: Well, thank you. I appreciate it.

CALLER: I appreciate everything you’ve done for this country, and I’ve been listening for a long time, since ’92, and my parents are listening right now. I have two nephews who are based out of Fort Benning who listen to you on Armed Services, one of which is the skeet champion of the world, he’s number one, holds the record for a perfect shoot. We have a rich country of people like that, and —

RUSH: And those are the people that make the country work.

CALLER: They absolutely do. And for people like Clinton, just a disgraced person, it beguiles me to hear him speak in any ill form of our current president, because he is ten times the man, stature and grace that Clinton could have ever been. Clinton wishes at night that he was like President Bush. I met President Bush down in Boca Grand, Florida, where I got the pleasure of shaking his hand and looking straight in his eye, and let me tell you something, that man is not a liar, he’s never lied. And for these people to call him that just goes through me, especially when my nephews are serving under him and all their buddies that are there with them in Iraq.

RUSH: Well, now I have a better idea why Clinton and his words so upset you, because one thing you mentioned that’s worth repeating, Clinton said, after he was opposed to the war, remember, he says this in the context of criticizing Bush’s tax cuts, he made it sound like he couldn’t support the troops because he didn’t get a tax increase, meaning financial support. We had to go borrow money from other countries, Clinton said, in order to fund the war because people like me — he cannot stop telling people how rich he is, by the way — were not given a tax increase so all he’s gotta do in his mind is sit around. This is what bugs you.

RUSH: All he’s gotta do is sit around and have the government take a little more money from him and he thinks he’s supporting the troops.

CALLER: Right, instead of voluntarily doing it.

CALLER: Like my nephew, who could have gone to any Ivy League school in this country and decided to perform for his country. It’s an amazing story, actually.

RUSH: You know you’re making an excellent point. If Bill Clinton thought it necessary to fund the troops somehow, then write a check.

RUSH: Why sit around?

CALLER: Just like you. You put your money where your mouth is. Time and time again. I’ve heard you over 15 years now do it and he’s never done it, not once. All they’ve done is bad mouth you. And that makes me sick to my stomach, too. I guess I’ve been listening to you for a long time, and I hear your words, and they’re graceful in every form, and as a matter of fact, I think it was your ’92 issue, no, ’94 issue, it was like the big lie or something, they were talking about the ’94 Congress, and you wrote just an exquisite piece. And then foreseeing in your book, I think it was See, I Told You So, page 155, you actually wrote Algore in the same line as environmental wacko, and you knew back then that he was on the trail to doing what he’s doing today, lying about the environment, you know.

CALLER: They’re the liars — I just want that straightened out, if anything — not us. We don’t lie. We just put the facts out, just the facts, man.

RUSH: And that’s what they can’t deal with. The facts are the biggest inconvenience to them in their daily existence. Look, you blow me away here. You’re quoting from my book by page. He’s right. See, I Told You So. Well, I debated Gore on the environment on Nightline in 1990. He was off on the wacko trail back then. It’s interesting, though, that when he became vice president he really didn’t do much about it. He sort of took the low road because he had, of course, to be subservient to the co-presidents and had to put it on hold for awhile. He wrote a couple books back then, but didn’t do much publicly. Look, Vinny, I appreciate that very much. Thank you so much.