CALLER: Thank you very much, Rush. Thanks for having me on. I wanted to let you know that I think the primary reason that Mike Huckabee is rising in the polls is the implementation of the FairTax and the abolition of the IRS. It’s not being talked about by a lot of folks, predominantly in the bureaucracies and people that are dependent on that business for their income, but it’s a grassroots effort for a lot of people that want to see the IRS go away.

RUSH: And you think that’s what’s propelling Huckabee’s charge up the ladder in the Iowa caucuses?

CALLER: Well, I like him for a plurality of reasons. However, that is one of them. 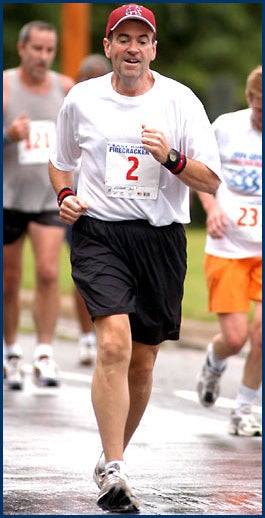 RUSH: Well, I like to think that I have my finger on the pulse here. I really don’t hear a lot of people talking about the abolition of the IRS. In fact, I heard it for the first time in this campaign at the last CNN debate, and I haven’t watched every Republican debate, but that’s my point. This is the first time I’d heard anybody talk about it, so it’s difficult for me to understand how it could be one of the issues causing the Huckabee groundswell.

CALLER: Yeah, I think that — out of all the candidates that are out there, he’s the one that’s got the best chance seeing that how he’s ran against the Clintonistas before in Arkansas and he’s beat ’em.

CALLER: Yeah, every Democratic opposition that he had in Arkansas was backed by the Clintonistas. And he beat ’em.

RUSH: All right, well, look, Joey, I appreciate the call. Your insight is invaluable to us here at the EIB Network. You’re hearing things that we haven’t heard, and we always enjoy new sources of information because I used to say, if I don’t know it, it’s not worth knowing, and if I haven’t heard about it, it’s not worth hearing about. And if I don’t know it, then there is no knowledge. Knowledge is what I know. But you have told me some things that I don’t know, and I’m going to put them in the hopper, and I’m going to think about it. Thanks much for the call.

CALLER: Hi, Rush. I am an evangelical Christian, I’ll start out with that, and I actually prayed that I’d get through today. So — anyway, I remember in 1976 when my Christian Republican father bought into the whole born-again record of a Southern governor. And I really don’t think it’s the religion aspect of Mike Huckabee that they’re going to thump so much, as, frankly, Rush, when you look at his record, he takes two of the most important issues for Republicans right off the table, and that’s immigration and taxes.

CALLER: Because of his record, Rush. I mean, I’m aware of the current rhetoric of Governor Huckabee, but his record on immigration and taxes is terrible.

RUSH: Yeah, but that’s why I’m having trouble. Do you support him?

CALLER: No, that’s my whole point. My whole point is we’ve heard this rhetoric before. I think the year was 1976, you get all this born again rhetoric, but then you examine somebody’s record and you find out what they stand for, and Mike Huckabee is very liberal on immigration, taxes, and spending, and those are the issues that we’re going to need.

RUSH: Okay, so you’re saying this is why the media is propelling him?

CALLER: Because I think when the general election comes around, if he’s the nominee, all of a sudden these conservatives that are supporting him are going to realize that his record is not what they think it is.

RUSH: Oh, I see, I misunderstood the premise of your call.

RUSH: When you said nullifies immigration as an issue, I thought you meant that as a positive because it’s a problem for Republicans.

CALLER: No, I just meant it nullifies our advantage. Maybe that’s how I should have said it.

RUSH: All right, well, look, he has raised taxes a number of times in Arkansas, and he spoke very clearly and plainly about illegal immigration at the last debate. What would you say then is the real reason the evangelicals are coalescing around Huckabee in Iowa?

CALLER: I have no idea, Rush, except that I know that the same things that a pro-life president has been criticized for the last two years on immigration and taxes, suddenly people are willing to overlook. I don’t get it.

RUSH: I don’t think they know yet. I’d have to ask. I haven’t seen any formal polling, and I don’t like speculation on these kinds of things. I really think that there is a hard-core group of conservatives that looks at the Republican field and doesn’t find pure conservatives and thinks that Huckabee is probably the better bet because he’s been a pastor, and because he’s Christian, and this is something of a bond, of course, with the evangelicals. It’s probably right now no more complicated than that, and whether individual issues are going to be become a factor in his candidacy in terms of immigration and these kinds of things down the road, beyond Iowa, remains to be seen. That’s going to be up to the other candidates to do. If he’s got record problems on immigration, taxes, so forth, it’s going to be up to the other candidates to point this out, and there is still, what, five weeks for this to happen. I appreciate the call, Roberta. Thanks much.