RUSH: Katherine in Ohio. Welcome to the EIB Network.

CALLER: Hi, Rush, how are you?

CALLER: Good. You guys are a national treasure and I think Mr. Snerdley is possibly one of the most delightful people I’ve ever spoken with.

RUSH: Well, I’m sure he thinks the same thing of you today.

CALLER: (laughter) I hope so. Rush, I wanted to talk about Mitt Romney’s speech.

RUSH: And I just wanted to respectfully disagree and hopefully bring up a dialogue, a dynamic of this that perhaps not everyone is looking at?

RUSH: Disagree with Mitt or with me.

CALLER: With your assessment of the speech.

RUSH: Okay, this is very risky.

CALLER: Yeah, I understand, and I may need to clarify some things because I don’t want to wrongfully accuse you of anything.

RUSH: Don’t worry. It won’t be the first time.

CALLER: (chuckles) You know, this whole thing about his religion is, it annoys me, because from the get-go it seems like that’s been the focus.

RUSH: Has he made it the focus?

CALLER: I believe so. 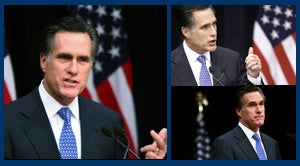 RUSH: Oh, you think he’s made it the focus! Did he make it the focus, or is it just the fact that he’s a Mormon that makes it the focus in and of itself?

CALLER: Well, we need to find out. I mean, if it originates from the campaign or from — I really don’t know. My problem is, whenever I bring up what I believe is a valid criticism of his past governance, I get a blanket accusation of bigotry, and that’s unfair.

RUSH: Oh, so you may disagree with his flip-flops on abortion or his health care plan in Boston, Massachusetts, and people say, ‘You’re just anti-Mormon?’

RUSH: Ah, his supporters say that?

CALLER: Well, supporters or I’ve written the campaign twice, and back I get, ‘Well, Mormons believe this.’ Okay, well, I didn’t ask you that. I wanted to know specifics on subject A, B, and C — and, you know what? I could be wrong; they might be valid. I don’t know. But all I get back is, ‘Well, you just must be a bigot.’

RUSH: That’s unfortunate. I haven’t heard that. I don’t run around asking people questions like that. I know the answers already. No, it’s unfortunate. But people in his campaign tell you this? You call ’em up on the phone, or you run into ’em on personal appearances, or where does this happen?

CALLER: Well, I’ve left, messages, but when I e-mail the website, I got that back twice. But —

RUSH: That you’re a bigot?

CALLER: No, no. They’re not outright calling me a bigot. More so his supporters do that than his campaign.

RUSH: Well, I want to be clear here. What do you get back when you ask a policy question on the website?

CALLER: Well, ‘Mormons believe this and this.’ If I ask something specific about, and I don’t want to get into —

RUSH: Okay, wait a minute now. It’s getting a little murky. You’ll send a question via the website on a policy question.

RUSH: And somebody will write back: Mormons believe that X?

CALLER: Yes, in the context of the answer, and it kind of skirts around what I want to know. Does that make sense?

RUSH: If that’s really happening, that’s amazing. Are you sure you’re getting hold of Mitt’s site and not some fake site that somebody’s set up like Hillary?

CALLER: I don’t know. Rush, it’s just… All this drama is really like nails on a chalkboard.

CALLER: I don’t have one.

RUSH: So you’re not working for anybody else? (laughing)

CALLER: But, you know, I just wanted to put out there that we’re not all bigots, if we have valid concerns.

RUSH: I understand, but this is the first I’ve heard that anybody is, on our side

Let me take another stab at this Romney business. And, again, at the outset, as I have said repeatedly over the course of many previous years of service to America behind this, the Golden EIB Microphone, I endorse no candidate during primaries, unless somebody comes along and you just know. It hasn’t happened. So keep that in mind as I say this. The speech today by Romney is being ripped to shreds. Some of the most specious manners and techniques, the craziest analysis by conservatives, and a lot of conservatives out there, in the media and otherwise, have already chosen sides. You have your Rudy camp, your Mitt camp, your Huckabee camp, the McCain camp out there. You have the Fred Thompson camp. I’m looking at some of this stuff — and it’s politics — and I wouldn’t be surprised if some campaigns are behind this. This speech, the kind of stuff he said today is the kind of stuff I’ve been dreaming of hearing in a presidential campaign in a long time in terms of what this country is and where we’re headed. 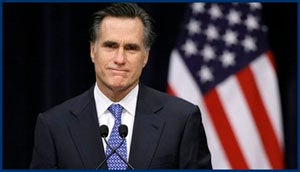 Do you realize how long it has been since a political person, a presidential candidate of either party, spoke extensively of the founding of this country and how crucial everybody’s understanding of that is to maintaining American exceptionalism? Mitt Romney took the long view of this country, from its founding to its future, farther than we can see, and he described what it is that binds us together and defines us as Americans. It is crucially important that people understand this. This was a speech of the long view, a speech of leadership and of vision. It didn’t attack anybody. It was optimistic. It was positive. It had reinforcement of American traditions and values. So the criticism I’m hearing of this really does a disservice, I think, to the critics and the whole process here. Politics is dirty, I understand that, but this speech today that he gave was — when I do speeches, when I do the Rush to Excellence Tour, I go out and I’ll do two hours, sometimes an hour-and-45 minutes, depends on whether or not I run out of water. But that’s a theme of every one of them: American exceptionalism; American greatness. How did we get here? Why are we here? Why are we who we are? What defines us?

Why are we as human beings so much more advanced in any way you can imagine than other human beings? We’re all human beings on this planet, what is it about us? Our DNA’s not special; it’s not better. We’re not any brighter, smarter than anybody else. But there is an answer to the question. I’ve given the answer on this program, it’s very simple. Freedom. But it is the understanding and the documentation in our founding documents, by our Founding Fathers, that our freedom is bestowed by our creation, or our creator. It is the natural yearning of the human being to be free. Now you can destroy that, you can imprison a human being for so many years they don’t know what to do when they get out of the cage, but until such time, the natural yearning of each human being is to be free. I don’t care what some say, ‘Rush, some people just want to be controlled.’ No, they can be conditioned to be controlled, trade their freedom for security; trade their freedom for a welfare check, whatever, they can be conditioned to that, but that’s not the natural yearning of the human spirit. 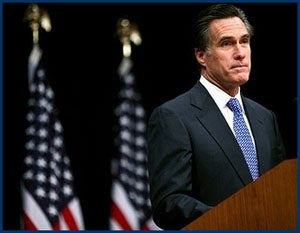 All these other things, when you get right down to it, are distractions in a genuinely good presidential campaign. I think it was a welcome speech, and some of the criticism now that’s being levied at this just doesn’t fit the moment, which is why I think some campaigns are behind this, which is understandable. It is a presidential race, and it’s dog-eat-dog out there, and it is to be expected. But, when it happens, I, El Rushbo, will comment on it and analyze it as I see it. This is Mary Ellen in Massachusetts. Welcome to the program, Mary Ellen, nice to have you with us.

RUSH: Thank you. Same to you.

CALLER: I don’t need anything else for Christmas. My one and only thought for Santa Claus was that I would get to speak to you before the end of the year, and I must have been a very good girl this year.

RUSH: I’m sure you are every year. I could just tell in your voice.

CALLER: Well, you know, I feel so inspired today. For the first time in about six years, I am actually getting excited about somebody who claims to be a Republican. In Romney’s speech today, I didn’t see him looking down at notes, &agrave; la Hillary Clinton. I saw a man who was proud to be who he was. I did not see it as a speech about religion. I saw it as a speech about a man who understood what the Founding Fathers and the constitutional writers understood this country to be, and I want to say, hoorah. I’m from Massachusetts, I’ve had him as my governor, I never, ever heard from anybody, certainly in my town, have any doubt about his religious beliefs getting in the way. So, you know, to have it all of a sudden be a problem, I was rather surprised. And I have to say, up to this point, I was not a Romney supporter.

RUSH: But you’re inching that way?

CALLER: I don’t know. I don’t know enough. I’m still worried about how he’s going to handle the borders and I don’t want him to be a compassionate conservative, you know. I want him to stick to his guns and stick with the Constitution. And he will, if he follows what I heard today what the Founding Fathers intended for our president to be, then I think I could get behind this man. And I’m very surprised about it.

RUSH: Well, that’s interesting. I’m glad to get your input on this, Mary Ellen. Thank you so much and Merry Christmas.

RUSH: I’m used to being a present to a lot of people, but to be a Christmas present to you, that’s something special. I appreciate you saying that.

CALLER: Well, you are a true blessing. My sister Lori and my sister Annie and I came to your show, your TV show, with my dad before he died more than ten years ago, and it was one of the happiest days we spent. And it was a tribute to you. My dad never left and he never went anywhere, but for you he believed you to be, and as a World War II veteran as he was, he called you a hero, and I have to agree.

RUSH: Well, I can’t tell you how much I appreciate that. You’re so sweet to say that, and I’m truly humbled by it, I want you to know that.

CALLER: Well, you make my day. So thank you very much Rush, and God bless you.

RUSH: Same to you, Mary Ellen.