Does Our Looks-Obsessed Culture Want to Stare at an Aging Woman?

RUSH: Now, this theory of mine based on this Drudge picture of Mrs. Clinton, with the headline: ‘The Toll of a Campaign.’ Now, it could well be that that’s a sympathy photo, too, to make people feel sorry for how tough the campaign trail is. Now, I want to preface this by saying I know it’s going to get out there. Media Matters is going to get hold of this and they’re going to take it all out of context. We can expect that. It’s a badge of honor when this happens, but for the rest of you, I want you to understand that I am talking about the evolution of American culture here, and not so much Mrs. Clinton. It could be anybody, and it is really not very complicated. Americans are addicted to physical perfection, thanks to Hollywood and thanks to television. We know it because we see it. We see everybody and their uncle in gyms. We see people starving themselves. We see people taking every miracle fad drug there is to lose weight. We see guys trying to get six-pack abs. We have women starving themselves trying to get into size zero and size one clothes; makeovers, facials, plastic surgery, everybody in the world does Botox, and this affects men, too. As you know, the haughty John Kerry Botoxed his wrinkles out during the campaign. 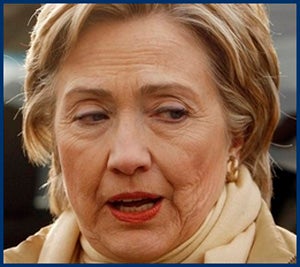 There is this thing in this country that, as you age — and this is particularly, you know, women are hardest hit on this, and particularly in Hollywood — America loses interest in you, and we know this is true because we constantly hear from aging actresses, who lament that they can’t get decent roles anymore, other than in supporting roles that will not lead to any direct impact, yay or nay, in the box office. While Hollywood box-office receipts may be stagnant, none of that changes the fact that this is a country obsessed with appearance. It’s a country obsessed with looks. The number of people in public life who appear on television or on the big screen, who are content to be who they are, you can probably count on one hand. Everybody’s trying to make themselves look different — and in that situation, in that case, they think they’re making themselves look better. It’s just the way our culture has evolved. It’s the way the country is. It’s like almost an addiction that some people have to what I call the perfection that Hollywood presents of successful, beautiful, fun-loving people. So the question is this: Will this country want to actually watch a woman get older before their eyes on a daily basis?

We know that the presidency ages the occupants of that office rapidly. You go back and look at… Well, you can’t use Clinton because he dyed his hair based on the audience he was speaking to, but take a look some pictures of Bush in 2000, when he was campaigning, or 2001 when he was inaugurated. Take a look at him now. Just been eight years. The difference is stark. He’s kept himself in good shape and so forth, but you can say that this is a sad, unfortunate thing. But men aging makes them look more authoritative, accomplished, distinguished. Sadly, it’s not that way for women, and they will tell you. (interruption) Well, Snerdley, you’re just sitting there thinking I’m on the precipice of the cliff here without a bungee cord. I’m not. I am trying to be… Look, if I’m on the edge of the bungee cord, then I’ll take the leap. The bungee cord will save me. I’m just giving an honest assessment here of American culture. Look at all of the evidence. I mean, I’ve just barely scratched the surface with some of the evidence, and so: Will Americans want to watch a woman get older before their eyes on a daily basis? And that woman, by the way, is not going to want to look like she’s getting older, because it will impact poll numbers. It will impact perceptions.

In politics, perceptions are reality. So there will have to be steps taken to avoid the appearance of aging. You know, politics is not for sissies. Now, I’m looking at people on the other side of the glass here and they’re laughing and they’re smiling. They think I’m making a joke here and there’s some big punch line coming. I’m not. You’re not laughing at that? What are you laughing at? You’re laughing at how…? (interruption) He’s smiling because it’s true! Okay. Maimone is smiling because it’s true, and what also happens in this country when you say something that’s true that people don’t want to hear, man, do you catch it. I am fully prepared. I’m going to catch it here. That’s really why he’s smiling because he knows I’m going to catch it, but you’re also responding because you know I can take it, you know that I can catch it, and throw it right back. So, politics isn’t for sissies, and being president ages men faster than normal. I think this is one of the intangibles. And another thing, by the way: How many times have you said in your adult life, you’ve had a candidate for president or some office that you really like, but just doesn’t come off well on television. Just for some reason, television doesn’t complement this person. I’ve often reminded you that politics is ‘showbiz for the ugly,’ and it is. 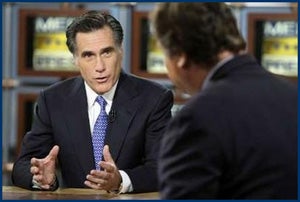 When you see people who are, ‘Boy, they’re just really great,’ but they can’t get anywhere because they just, for some reason, television doesn’t complement them. They don’t look well on it, they don’t handle it well, and it has an effect, regardless how smart they are, how brilliant their policy. This is one of the things that many people lament with the coming of television. You go back and look at presidents that we elected prior to TV, and presidents we elected after TV, and you will notice a huge difference. Do you think a bloated president could win? We had plenty of fat-guy presidents. Do you think one could get elected today? There’s not a prayer! There isn’t a prayer. Remember when people said, ‘The way to tell if Gore’s really going to run is if he starts losing weight?’ It’s just what it is, folks. It’s just what it is. Perfection, the appearance of perfection and good health, all of that ties into the perception of mental acuity, stamina, being able to hold up to the job — and I’m just suggesting, it’s one of these intangibles. You know, people will never tell you in an exit poll, ‘Yeah, I voted for Candidate X because he looks better than Candidate Y.’ They’re not going to tell you, ‘I like their position on the Taliban. Yeah, I love their health care plan.’ They don’t tell you what the real reason is — and, of course, there is nobody else out there with the guts or the stupidity to address this as I am, but it’s just something to put in the hopper and to think about. Let me give you a picture, just to think about. I’m not even going to answer the question for you, just want you to think about this. The campaign is Mitt Romney versus Hillary Clinton in our quest in this country for visual perfection, hmm?