The Era of Big Presidents Is Over

RUSH: This is North Canton, Ohio. Rick, nice to have you on the EIB Network. Hello.

CALLER: Hi, Rush. Hey, thanks for taking my call —

CALLER: — and thanks for doing what you do. I just wanted to make a comment on the whole Hillary appearance issue. 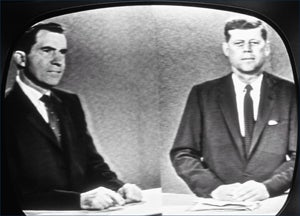 CALLER: And I just wanted to say it seems that the left is always willing to embrace appearances, except when it works to their disadvantage, and I’m reminded of the Nixon-Kennedy debate. People that listened to that on the radio thought Nixon was the clear-cut winner. But the people that watched on TV came out with, I think, 60% or just a shade over 60% of the people saying that Kennedy won that debate.

RUSH: No question about it. It’s exactly right.

RUSH: Strictly on appearance. Don Hewitt, who recently retired from 60 Minutes, made Kennedy up. He applied some makeup and didn’t give Nixon any. Nobody thought to use it. It was on black-and-white TV, and of course Nixon broke out with the sweat on the upper lip there, and it was all over. Look, this is my point. Appearance in the visual arts — and politics is a visual art because it’s on television — matters. It just does. Now, it’s a little less important the smaller the election. In a state election, it’s not that big a deal. In a local election, it’s even less big a deal. Nationally, though? This kind of stuff, when you’re talking about presidents, it matters. I can’t remember the names off the top of my head, but if you go back prior to the advent of television, we had some tubs as president. We had some huge guys, fat guys, Chester Alan Arthur. (interruption) Warren Harding. They were pigs by today’s standards. But back then, it was a sign of success. Overweight men, titans, it was a sign of prominence, a sign of power, a sign of great wealth and success. Today, it doesn’t say that at all as an image. It says something else: no discipline, doesn’t care, slob, all these things. 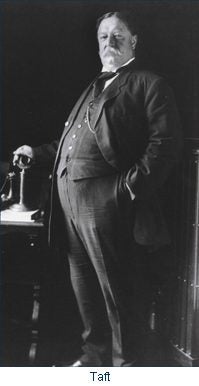 No matter how well dressed you are; no matter how neatly coiffed you are, if you’re fat, you’re still a pig — and, if you’re on television and you’re fat, you’re either a character actor and nobody knows your name, but you’re not prominent. Well, a couple of exceptions. Well, yeah, look what happened to Orson Welles when he ballooned up. He ended up selling wine on Monday Night Football. Who else out there? Burl Ives made it for a while. Jackie Gleason, but he tried. Jackie Gleason was roller-coastering up and down. He lost the weight. There was a ‘Jackie Gleason Diet.’ But Jackie Gleason used to eat over at Patsy’s. He had all this sausage and stuff. I mean, he would take the stuff over to where he lived. Marlon Brando, yeah, as soon as he ballooned up, it was, ‘Good-bye, Don Vito Corleone,’ and he got a couple roles after it, but it’s just the way it is, folks. You know, aging on women in public, like presidents, probably has the same effect as men who once were very studly, ballooning up. It’s just the way it is. It’s sad, but that’s the way our culture is. That’s all I was talking about the other day.

RUSH: I need to correct myself. Warren Harding was not fat. In fact, he was nominated because he ‘looked like a president’ back in those days. It was Taft, and McKinley, and Cleveland, and Garfield that were the fat guys that were elected president.