RUSH: Bozeman, Montana, as we go back to the phones. Hello, Dan. Welcome to the program.

CALLER: Hey, Rush, are you there? 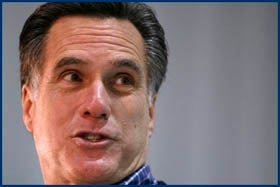 CALLER: I love you, Rush. You’re one of my heroes, but I am concerned that you seem to be supporting Romney over the other candidates, which concerns me because I feel Romney is the — probably the poorest of all the GOP candidates right now. I like all of them, but Romney has flip-flopped way too much to be taken seriously in my opinion. And, you know, you were talking about some of these conservative candidates seem to be rewriting the definition of conservatism?

RUSH: Where do you get the idea that I have thrown my support to Romney?

CALLER: Okay, well, you — you’ve never explicitly stated it, Rush. I will acknowledge that, but — okay, let me put it this way.

RUSH: So you just used that as a ruse to get on the program to attack Romney. Who are you supporting?

CALLER: I like all of them except Romney. I probably prefer Thompson or someone like Duncan Hunter, who has definite conservative credentials.

RUSH: But I’ve not come out and thrown my support to either or any one of these people. So you are making an inference here that’s incorrect.

CALLER: Okay. Well, you know, I apologize if I’m reading you incorrectly on this one, Rush. 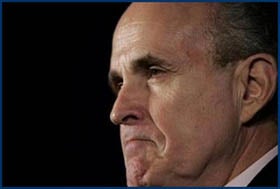 CALLER: Let me just say, going back to what you said just a bit ago: I have no problem with you taking on Huckabee’s record, but Mitt’s record is far worse, and I know McCain and Giuliani have problems as well, but compared to Romney’s record they all look like Ronald Reagan. I’m not saying they are Ronald Reagan, but compared to Romney, they’re the —

RUSH: I will admit to you and I will claim and announce here for the first time that I have spoken to Rudy Giuliani since his candidacy was announced. I have spoken in person. I’ve met with him. I have spoken to Mitt Romney. I have asked both of them specifically about immigration. Because you know, if you’re a regular listener to this program, you know how crucial it is on so many fronts to this country, illegal immigration — in terms of border security, in terms of economics, in terms of social programs, a number of things. I have asked them point-blank, and they have told me that they oppose any kind of amnesty, that they are going to secure the borders. I have not spoken to Governor Huckabee, but I listened to what he has said about it in recent days, recent weeks, and he’s not saying the same things that Thompson is saying about it, or that Romney is saying about it or Rudy.

CALLER: I trust Rudy on that. I believe his word. Rudy has been consistent. But Romney, he says he’s a conservative, but you’re not a conservative just because you say you’re a conservative. You have to have a record to back it up.

RUSH: Well, I appreciate your call.

CALLER: Thanks, Rush. And, again, I want to say you’re one of my heroes.

CALLER: I remember you from way back when you sat in on the Pat Sajak Show, and I’ve been a huge fan ever since.

RUSH: If you were a fan after that show (laughing) —

CALLER: No, that was the best. You stood up to all those scumbags in Sajak’s audience. God love you, Rush.

RUSH: I’m glad you called. I understand people wanting to call in here and — (to staff) What are you laughing at, now? What are you chuckling at in there? Did he say something I didn’t hear? What did he say? (interruption) He said s-bags? Oh. Okay. All right. What I was going to say is, I understand people calling here wanting to advance their candidate and so forth or condemn others. That’s what campaigns are all about. But I haven’t chosen up, and if people think I have, it’s fascinating to me. After Romney’s speech, and heralded it to the treetops. I have mentioned about Fred Thompson and how I very much admire his principled, rooted conservatism. I have admired Giuliani. I’ve known Rudy Giuliani since the early nineties, and I like all of these people. Don’t misunderstand. But believe me, folks, there’s nothing to be gained by getting involved in these primaries and making endorsements and so forth because if you tie yourself to a candidate, you’re dead.

RUSH: Let me, with lots of love and compassion, remind you of this. I’m not addressing this about a specific caller. This is something that’s been going on here for the past couple days and even prior to the Christmas break. But during this primary season when I said, you know, I’m going to stop carrying the water for these guys, they’re on their own, they make or break themselves, and I haven’t endorsed, I said I’m not going to endorse. There’s a number of reasons. Folks, from a strictly professional standpoint, forget politics for a second, let’s say it’s a year ago, or six months ago, and I decide, you know what? I’m going to endorse somebody. What would be the real reason for endorsing somebody, if I really don’t believe in that person? The real reason would be to demonstrate any power, to show that I can put somebody over the top. And I don’t operate that way. I know I have a lot of power. I don’t think about it. I don’t consciously try to exercise it. (to staff) I do not, I don’t care what you’re laughing about in there, I — (interruption) What? I do what? I don’t sink people. They sink themselves. Dawn’s in there being very wifey. 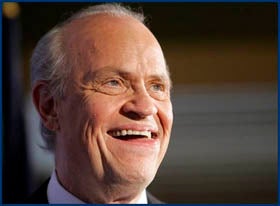 I’m sitting here, I’m being honest, and I’m saying I know I’ve got a lot of power, but I don’t endorse it, I’m not going to sit here and endorse, especially something I don’t believe in just to demonstrate any power. She says, ‘Yeah, you sink people.’ They sink themselves, folks, is the bottom line. I don’t target people for destruction here. But let me get to the professional reason. Why get behind a candidate so far out in the primaries when that candidate may do something down the road to totally implode? I don’t have control over any of these guys. I’m not on their campaign staff. I’m not their campaign managers. Endorsing during primaries, I don’t care if it’s federal, state, or local, is something that I have stayed away from as a political and professional practice, and I have not abandoned it at this point, and I’m not going to. But in light of this, because I haven’t endorsed, there are those of you out there who want me to endorse your candidate because you think if I were to come out in favor of your candidate that it would provide a boost, and so what happens is — actually throughout the whole fall and the early winter — people were calling here, ‘Why don’t you endorse somebody?’ Why don’t you endorse this candidate or that candidate, happened to be their own, and I gave my reasons for not doing so.

It is one thing to call here, ladies and gentlemen, and try to fool me, but it’s another thing to fool yourself, and that’s the thing that troubles me most. I mean, you can try to fool me, but it is a guaranteed failure. I’m a highly trained, seasoned political strategist and analyst, as well as a highly trained broadcast specialist. You can’t fool me. You can try, but it will be ineffective. The thing that worries me is that you might be fooling yourself about things. Somebody’s conservative when they’re not. Somebody believes certain things that you want them to believe that they really don’t, because of an emotional attachment that you might have to a candidate or what have you.