We Will Not Reject Reaganism

CALLER: With the success of Operation Chaos and with the media helping picking McCain for us, whether he wins or loses, will the Republicans be smart enough to learn from history and close their primaries in the future, or make ’em on the same day as the Democratic ones? 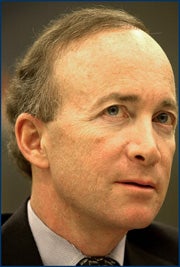 RUSH: That’s something I couldn’t begin to tell you. In fact, I’m going to use your call to transition to the story I referenced earlier about the governor of Indiana, Mitch Daniels, former member of the Reagan administration, and a conservative. He was in the Bush administration, too, I think, early on, as budget director or some such thing. At any rate, your question has as its premise that the Republican Party is unhappy with the primary process that chose Senator McCain, and I don’t think the Republican Party is unhappy about it at all. I think there’s a battle going on in the Republican Party to push conservatives out of it or to diminish their role and influence. The latest bit of evidence — and I’ve chronicled much of it for you during the course of the recent months — the latest bit of evidence is this story about Mitch Daniels. The Indiana governor ‘elicited several hushed gasps and raised eyebrows late last week as he lectured a conservative crowd that it was ‘time to let Ronald Reagan go.’ The governor delivered his remarks to a room full of fellow red-staters at the Fund for American Studies’ annual conference and donor retreat at the Newseum,’ in Washington.

”Nostalgia is fine and Reagan’s economic plan was good,’ Daniels said. ‘But we need to look towards the future rather than staying in the past.’ Daniels added that the GOP needed to work on uniting behind Sen. John McCain instead of constantly comparing the Arizona senator with the Gipper. While he prefaced his remarks with the disclaimer that his thoughts were ‘somewhat controversial,’ he hoped that he ‘would not be misunderstood.’ Incidentally, applause was somewhat less enthusiastic as he left the stage than when he began by poking fun at Barack Obama.’ Now, this, sadly, is a symptom of what is happening in the Republican Party at large. The country club, blue-blood Rockefeller Republicans — and there are lots of them in the Republican Party, they were not happy with Reagan when he was in office. They didn’t like Reagan. They were embarrassed because they thought he was a dunce and an idiot and he didn’t come from their stock, and even when he was winning two landslides. He brought with them these Reagan Democrats, conservative evangelicals — and that brought abortion, and that really embarrassed the hell out of them.

And just like Obama and his crowd is embarrassed with small town hicks, there are a lot of country club blue-blood Republican elitists who are embarrassed of their hicks: NASCAR, you name it; pro-lifers. Yet they can’t win elections without them. Have you ever heard a Democrat say, ‘We need to get over John Kennedy or FDR?’ Have you ever heard a Democrat go to a microphone at a liberal conference and say, ‘You know what? We gotta move past FDR. We gotta leave the past behind. The future is the future. We gotta forget all about this. We gotta forget about JFK. We gotta let him go.’ Have you ever heard this? You don’t hear it. There are no mavericks in the Democrat Party. If they pop up, they get thrown out. Zell Miller and Joe Lieberman come to mind. Hey, Mitch? Governor? Governor Daniels? Should we get over Lincoln, too? He’s in the past. We just gotta get over Lincoln. This is so contrary to conservative thought. For me, on the wrong day, this could be tough to take. We’re supposed to learn from our past. We are supposed to build on that which works. This is part of conservative thought! I’ll tell you what. Let’s just get over the founders. The founders of the country are in the past, too. Let’s get over them. 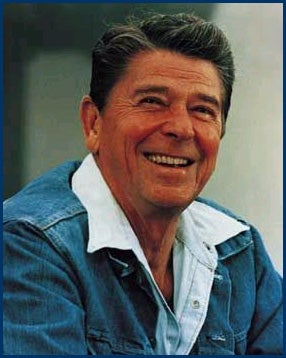 If people really went back and found out what the founders thought, that’d embarrass a lot of Republicans. Let’s just get over that. Let’s just look to the future, Governor Daniels. Forget about the founders. Forget about Lincoln. Let’s throw Reagan overboard finally, so none of you get compared to him — and the reason is that none of them can compare to him! They don’t like people referring to Reagan because none of the current crop is anywhere near in his league, and they care about the future, and they don’t want to be thought of as a lesser to Ronald Reagan. Why would we ‘get over Reagan,’ unless we reject the core principles of the party and the nation? For that matter, why should we do that? I think a lot of these politicians who are suggesting that Reagan’s old news and we’ve chronicled all of them that have said it. Newt said it. ‘The era of Reagan is over.’ I don’t think they can attain the status of a Reagan. Maybe that’s why they insist we get over him and by implication I suppose all great conservatives. We should get over Bill Buckley and we should get over Milton Friedman.

‘Those guys, that’s the past, Rush. That’s right! You’re absolutely right, Rush. We should get over these people.’ So you have Governor Daniels, and he’s not alone, dumping on the very people who made conservatism a viable political option. In fact, it set the stage for his election as a governor: running as a Reagan economic conservative. So now they want to take the party and the movement, wherever. They’re going to take it down, but they don’t see that. They think they’re taking it to a new direction; one where they won’t be plagued by yapping chatterboxes like me being critical of them because there won’t be enough of us to matter. That is their hope. So we’re supposed to close ranks. We’re supposed to get over Reagan. We’re supposed to shut up. We’re supposed to get over all of these great traditions that made us who we are in our movement and our country and close ranks behind their favorite Republican and Republican candidates, while they trash the most successful policy-wise and politically conservative in a century or more, the most successful Republican in fact.

Sadly, it seems to me that the people that want to get rid of Reagan and want us to get over Reagan, leave him back there in the past; these are people like a lot of libs who cannot compete in the arena of ideas. They are lousy at communication. They can’t compete with the successful political politics of Reagan, so they insist that we reject him as a standard. So we have to embrace much less, dumb down thinking, a loser political mentality. They want to control the political debate. They insist that they’re the only realistic alternative to the Democrats. What we’re seeing here with this, with the support of some pseudoconservatives, is the rise of the country club Republican. He’s back. Name is Rockefeller. The Rockefeller Republicans are back. We’re going to have serious electoral defeats, the odds are — and where we win, we’re going to have policy setbacks. This is the kind of thing that’s frustrating.

So when you ask me if the Republicans next time around will learn the lesson and have their primaries on the same day Democrats do and close ’em off to Democrats, no. Sadly, Republican Party has made its decision. Republican Party has cast its die, and that is they can’t win without Democrats and liberals crossing over to vote with us. They can’t win. They don’t want to win without Democrats — and, by the way, they don’t want to bring these Democrats in as converted Republicans or conservatives. They’re happy to have them come in as liberals and independents or what have you. I think losing big will not change their mind. If they lost big, this would not change their mind. ‘Well, we’re remaking the party. Of course, Barry Goldwater was defeated in a landslide, too.’ Or they’ll come up with some other excuse. The thing is, the odds are the Republican Party is going to win big in November. Big, folks. At least the White House, the presidential… I don’t know about Congress and the Senate. That’s looking bleak. But when we win, what have we won there if the agenda is going to be set in Congress?