RUSH: This is Marie in Long Beach, New York. Hi, Marie, nice to have you on the program. I’m glad you waited. 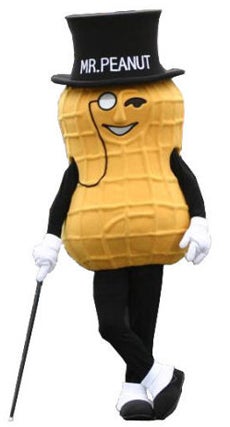 CALLER: This is not really like worldly important, but I just wanted to get your opinion on the craziness of the nut allergy people, like restricting everybody else’s behavior because their kid or they have a nut allergy.

RUSH: Well, you know, I at one time in my past have reacted with some skepticism to these peanut allergy people. I’ve read a lot more about it and I’ve seen some more evidence of it. It is real. I mean, people that have allergies to peanuts, kids do, it can be deadly if something’s not done about it in time, and it doesn’t take much. Now, the problem is, when you’re talking about kids and schools, if you got one kid that has an allergy, and you let everybody bring whatever they want for lunch and that kid happens — you know, kids don’t like each other a lot of times, can be very mean, you could have some bully know full well that this kid has got an allergy to peanuts and give him a sandwich and assure him it has nothing with peanuts or nuts in it, and the kid goes into a toxic shock. People are trying to avoid that. Hell, I just read a story, Marie, and I think it’s from Florida. A 39-year-old woman who has allergies to all kinds of foods was purposely poisoned by her daughter. Her daughter put seasoning salt on her mom’s food, and the mom ate it and went into one of these reactions where she needed epinephrine, and she has one of these self-inject epinephrine things if that ever happens. But this reaction was so fast she couldn’t get to it so the daughter who originally, quote, unquote, poisoned her mother — daughter is 16 or 19, I forget which — had to inject the epinephrine herself, and the mother is fine now.

Now, that reminded me of a story, when my younger brother and I were growing up my dad would frequently ask us to refill his water glass while he was sitting there reading or watching TV, and we were sitting there watching TV, too. Just like smart-aleck kids, we’d go, ‘Dad, do we have to get it every time? You do it.’ So one time — and he drank his water out of a big glass — I poured a bunch of salt in it, and I stirred it up, and I said, ‘Here you go.’ (laughing) This story with the mother and the daughter made me think of it. My dad just got mad. He didn’t have any reaction to it and he made me pop him some popcorn after that.