RUSH: I got an e-mail from good friends of mine, Steve and Kathy Abernathy in New Orleans, met them both when she was the manager at Brennan’s in the French Quarter. She said, ‘You’ve got to play some of the interview that you did with your grandfather on his 100th birthday.’ And the copy that we have of that, it’s unfortunate, we’re going to have to do some major EQ work with it to make it so we can air it, because the sound quality is such it would distract, but we do have a number of excerpts of my grandfather discussing my career and me from a videotape that we put together called The Limbaugh Chronicles. He was also part of the 60 Minutes profile they did on me and from the A&amp;E Biography piece. So this is from the early nineties. This is a montage of my grandfather, who worked until he was 102. He died at age 104.LIMBAUGH SR.: Well, the Limbaughs are not inclined to be people who have fun, laughing and all that, but Rush’s mother is, and I would say that all of his humor comes from his mother. When I hear Rusty, I can’t help but think of his father, who he is so much like. When his father had a conviction about a thing, he didn’t hesitate to say it. And he was like Pitt the Elder. If a thing needed to be said, he wanted to say it with emphasis. I can’t help but believe that there is in this generation and there will be in future generations a conviction that those values are, after all, basic and that they ought to be preserved. I have been an active citizen in politics, and I think that I had something to do with instilling that idea in Rush, Jr. Now, as far as Rusty was concerned, I don’t remember the — I ever was in a position where I caused my ideas to prevail with him, but I’m sure that his father was responsible for giving him that idea. I think that he has lived it and he is now, I’m glad to say, giving it to a large segment of the American people.

RUSH: Rush Limbaugh Sr., my grandfather, in the early nineties, a montage of his appearances on the video that we put together, also on 60 Minutes from the A&amp;E Biography, and I was stunned to think he didn’t think he had any influence. (laughing) Quite the opposite. Here’s my mother, and I’ve often told you how much I hate school. Hated it. I mean literally despised it. And isn’t it amazing, ladies and gentlemen, I, having hated school, have become one of the finest teachers ever. Somebody wrote that today, I’m not making it up, somebody wrote that. I forget, somebody wrote a column about the 20th anniversary today and made that point, I guess at National Review Online, I think. At any rate, here’s my mother talking about me in kindergarten. 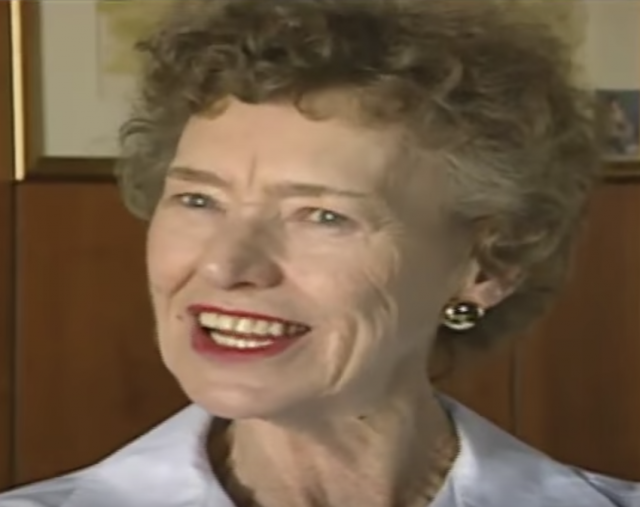 MRS. LIMBAUGH: We had four- and five-year-old kindergarten here at the college, you know, the training school, we called it. And one day the teacher, who is now gone, had me in for conference, like she did all the parents. She said, ‘If Rush doesn’t –‘ she called him Rush, ‘– if Rush doesn’t change his ways, he’ll never grow to be the man his grandfather is, or his father.’ (laughing)

RUSH: I was a hell raiser and causing problems even at four and five years old when I had to be stashed away in prison in school. (interruption) Well, I don’t know, I was probably throwing spitballs, harassing the other kids, probably not taking a nap when I was supposed to take a nap. All I know is I didn’t want to be there, and when you don’t want to be someplace, you’re letting people know that you think they are your captors, that you didn’t want to be there. I didn’t want to drink the Kool-Aid, I didn’t like anything about it. Now, I told the story the other day after we played some of the sound bites from Nightline, how my mother was watching it with my dad and here’s her version of the story as they were watching Nightline with my debate with Algore.

MRS. LIMBAUGH: And that’s when Rush, Jr., turned around to me and said, ‘Where did he get that?’ And I said, ‘From you, of course.’ And that really pleased son Rush, that his dad finally realized — it was a wonderful thing to know that he had absorbed his thoughts about politics. It’s just like his dad all over. He is just his — the political views are his dad’s. I’ve always said he got his smarts from his dad, and I will say silliness from me. (laughing)