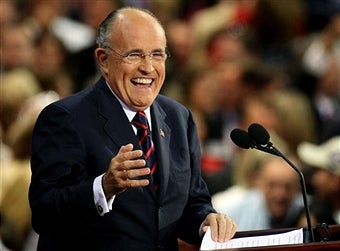 GIULIANI: Rush, this is Rudy Giuliani. I’m congratulating you on 20 years of very interesting talk radio, pushing an agenda that in my view has been very, very helpful to America, always being willing to make your positions very clear, and you’re a good friend and you’re someone that I really admire. I hope that you have another 20 more years of provocative talk. I listen to you very often while I’m in the car traveling from one place to another, and I’m looking forward to listening to you for the indefinite future, at least another 20 years of really very provocative and terrific talk radio.RUSH: Thank you, Mr. Giuliani, mayor, I appreciate that. He’s thinking about running for governor, I hear. I see him every year at our annual cigar dinner that Marvin Shanken puts on at the Four Seasons in New York, benefiting the Prostate Cancer Foundation.BREAK TRANSCRIPT

LEVIN: Rush, this is your buddy Mark Levin. Congratulations on 20 years of the most informative and entertaining broadcasting in the history of radio. You know, it’s amazing the Clintons let you live for 20 years. But I want you to know that you’re like a brother to me, a mentor, role model, a true patriot. I don’t know what the country would do without you. I do know that conservatives would be lonely and leaderless without you. You educate us, you inspire us, and you make us laugh. You’re an extremely generous man in ways that others don’t know, but I know I speak for millions in saying, ‘Thanks for everything, and don’t leave us.’ And, by the way, if you play your cards right, maybe I’ll nominate you for the Nobel Peace Prize again next year. God bless. 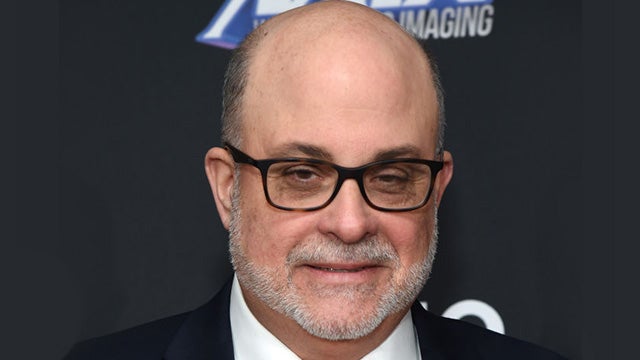 RUSH: They can never take that away from me. (laughing) Mark Levin, now star of his own radio talk show that originates from 6 to 8 p.m. each night from WABC in New York. He’s a true, genuine friend and a brilliant, brilliant conservative. He’s probably the smartest living, breathing conservative I know, other than me. 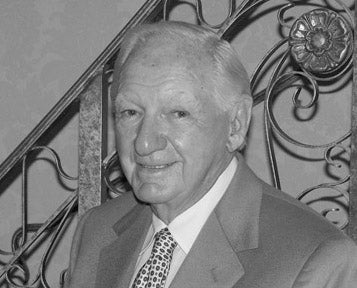 MCLAUGHLIN: Hey, Rush. This is Ed McLaughlin. Congratulations from both Pat and myself. It’s been an incredible 20 years, and you deserve what you’re getting today and all of these wonderful accolades. Actually, Rush, our anniversary goes back a little earlier by a few months when we first met in San Francisco to talk about syndicating your program. You recall how important it was for us to acquire a New York affiliate, and fortunately for us, the program director of WABC, John Mainelli, recognized your talent, and we were off and running. Rush, I think we were all a little surprised by the effect you had on the radio audience. I always enjoyed listening to young listeners recalling how they discovered you and how much they learned from your show. Rush, you always said you’d keep on the radio as long as it was fun. So may it be fun for many years to come. My best.

RUSH: The founder of the Excellence in Broadcasting Network, Ed McLaughlin.

MICHAELS: El Rushbo! Al Michaels here wishing you a happy, glorious 20th. You know, the world’s greatest iconic athletes are exalted because they perform at the highest level year after year after year. You are the radio equivalent of these legends. For two decades you’ve always been prepared, and when I turn on the radio, I know that you’ll be topical, informative, interesting, thought provoking, and funny. You are an everyday treat, an unusually important figure in this country. And on a personal level, Rush, having gotten to know you over the years you are a man whose friendship I am extremely grateful for. Your loyalty knows no boundaries, and your friends are the lucky beneficiaries. Rush, here’s a toast to the past 20 years, to 20 more, and to 20 more after that. Cheers, skol, l’chaim, and congratulations to you in a hundred languages.

RUSH: Al Michaels. I met Al Michaels when I auditioned for Monday Night Football. He has become a close friend, part of annual April spring fling here, bring a bunch of them here for a three day weekend and he’s always in the group. This is overwhelming to me all these accolades and tributes, even though I know they’re true (laughter). Ah, they make me speechless. I’m sorry.

SULLIVAN: Hey, Rush. On behalf of the entire staff of the Sullivan Group, we want to thank you for 20 years of your business measuring the accuracy of your show. And, as you know, we’re now using the latest technology, the Disgronificator 5000, and amazingly you have never dipped below 97.6%. Best wishes for your continued success.

RUSH: (chuckling) Tom Sullivan, who was one of my best friends out in Sacramento at KFBK and he’s now in New York working for the… You told me there were no surprises. He’s working on the Fox Business Channel now, and still doing his own radio show.