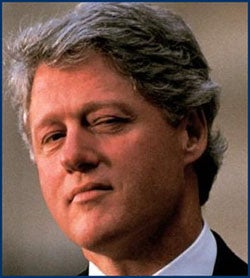 RUSH: Ladies and gentlemen, can we all agree that many aspects of the Obama administration are simply recreations or continuations of the Clinton presidency? Can we also agree the Super Bowl is coming up on February 1st, and that will be the end of many fun and exciting weekly office pools. Well, we need something to continue the office pool game, because, you know, for a lot of people, when football season ends, it’s worse than the month of February setting in living in the northern climes. It’s depressing. It’s withdrawal time. There’s nothing to look forward to for a lot of people. That’s why we need to create new subjects for the office pool. And I have some ideas. Normally, as you people know, I don’t like to talk about myself much. But here are some interesting questions, some poll questions for your office pools after the Super Bowl. It would be around Obama and what is effectively going to be the third term of the Clinton administration.

A sample question: How long will it take Obama to board Air Force One and to call a radio station carrying my show and complain that I have three hours unstopped, undebated, to tell people what I think, and he has no way to respond to it? How long will it take Obama to tell a horrid racist joke about me at the White House Correspondents Dinner? How long will it take Obama to blame a domestic terrorism incident on me? (laughing) If this is the Clinton administration redux, and it likely will be, how long before Michelle Obama conducts her own press conference under the portrait of Abraham Lincoln in the White House because of something I have said? How long before Obama sees me at a restaurant and hits on my date? All of these are valid office pool questions, and we’ll have more of these for you as the end of the football season approaches.