Porkulus is the Tip of the Iceberg 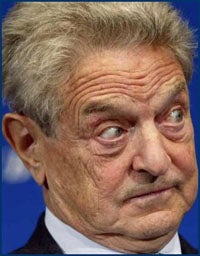 RUSH: George Soros has a long piece in the Financial Times, called ‘The Game Changer.’ The two important pieces in the George Soros piece are these, at least as I read it. ‘The American consumer no longer can act as the motor of a global economy.’ The American consumer. In other words, what Obama said yesterday is not right. The American consumer is not a factor in economic recovery. He also said that Obama ‘must implement a radical comprehensive set of policies.’ Now, ladies and gentlemen, before we go to the phone calls here I want to point something out to you, because I mentioned — and I’m not trying to depress you — I am trying to inform you.

This stimulus package passed the House. It’s going to pass. This pork bill is going to pass. There’s nothing the Republicans can do to stop it. What the Republicans can do is position themselves in such a way that they have no authorship of it so that when it bombs out they cannot be harmed by it — and in fact can use their opposition to win reelection and pick up seats in both the House and the Senate, in the next two and the next four years, because this kind of overreach is going to continue, and that’s the point of this next item. As I have said and as I will now prove, the Obama administration, Obama himself, is trying to redo the New Deal. They are trying to replicate what Franklin Delano Roosevelt did. Not for the good of the country.

They are doing this to cement Democrat Party majority power for decades in the future. They’re trying to ‘fix’ and correct their power losses that occurred in the nineties, as I so brilliantly write today in the Wall Street Journal. But Obama and many on his support team have examined the New Deal. As you know, they think the New Deal ended the Depression. It did not. They will admit that Roosevelt ‘made some mistakes,’ and this is where it gets scary. Obama and his support team believe that Roosevelt’s mistakes in the New Deal were not spending enough money soon enough. Not spending enough money fast enough, and that’s what they want to fix. This is just the tip of the iceberg. We knew this during the campaign.

We tried to tell people, as many people would listen, this stimulus, this porkulus is just the tip. We’ve already got $700 billion of TARP. We had a stimulus last year at about this time, as we were heading into what they were predicting to be a recession. We’ve got bailouts over here, bailouts over there. We’re looking at multiples of trillions in government spending, all under the auspices of doing right what Roosevelt did wrong. November 10, 2008, Paul Krugman, who is one of the disciples in the Obama registration, ‘Franklin Delano Obama?’ is the title of his opinion piece, and I join it in progress here. ‘Now, there’s a whole intellectual industry…devoted to propagating the idea that FDR. actually made the Depression worse.

‘So it’s important to know that most of what you hear along those lines is based on deliberate misrepresentation of the facts. The New Deal brought real relief to most Americans.’ (laughs) It did not fix the Depression. It might have ‘brought…relief’ to some, but it didn’t ‘fix’ anything. Anyway, that said, writes Krugman, ‘…FDR did not, in fact, manage to engineer a full economic recovery during his first two terms. This failure is often cited as evidence against Keynesian economics, which says that increased public spending can get a stalled economy moving. But the definitive study of fiscal policy in the ’30s, by the MIT economist E. Cary Brown, reached a very different conclusion: fiscal stimulus was unsuccessful ‘not because it does not work, but because it was not tried.”

Now, stick with me on this: ‘[F]iscal stimulus was unsuccessful ‘not because it does not work, but because it was not tried. This may seem hard to believe. The New Deal famously placed millions of Americans on the public payroll,’ but they didn’t spend enough money soon enough. The effects of federal public works spending were largely offset by other factors, notably a large tax increase, enacted by Herbert Hoover, whose full effects weren’t felt until his successor took office.’ So blame it on Hoover and blame it on the fact that Roosevelt didn’t spend enough money soon enough. From the Cybercast News Service, Friday, January 9th: ‘Incoming House Energy and Commerce Committee Chairman Henry Waxman (D-Calif.) told CNSNews.com Tuesday that Franklin D. Roosevelt ‘did not spend what was needed’ to get people ‘back to work’ during the Great Depression. 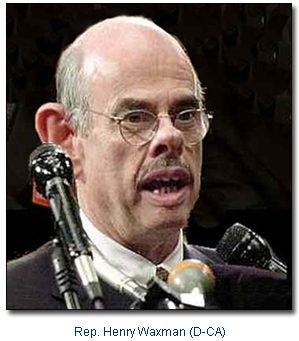 ‘His comments were made following a House Steering and Policy Committee hearing about the current need for an economic stimulus package that could cost anywhere between $775 billion and $1 trillion. It is estimated that the Roosevelt administrations spent $500 billion (in inflation-adjusted dollars) to try to get America out of the 1930s Depression.’ So here’s Waxman saying FDR didn’t spend enough money, didn’t spend what was needed soon enough; Paul Krugman in the New York Times; and, let’s see, this is from National Review Online. ‘Congressman Frank Lucas (R-OK) offered [a radio station] an illuminating glimpse into President Obama’s much-discussed stimulus pep talk with House Republicans.

‘According to Lucas, Obama expressed his belief during the meeting that a major problem with FDR’s New Deal is that it didn’t spend enough money in the early going. Here’s a partial transcript of the congressman’s interview: ”The president offered a comment in the conference the other day. He said that the spending program that President Roosevelt used in the beginning of the Depression — the real problem was that Roosevelt slowed down on public spending in the first two years. If he’d just kept on spending that money, we’d have gotten out of the Depression quicker&hellip; I think [that’s] an indication of what’s coming. Maybe not just an $825 billion increase in the national debt for additional spending this year, but if the economy continues to sag over the course of the year, don’t be surprised — based on his comment about the 1930s — if President Obama [proposes] another increase in the national debt and another big spending package after this.”’

So, in other words, Obama thinks that FDR’s plan was laudable but faltered because it didn’t spend more money. Henry Waxman is saying the same thing, and Paul Krugman. So that’s the new mantra on why. They’re being stung, properly so, by the criticism. ‘Wait a minute! FDR didn’t solve the Depression. The New Deal didn’t solve the Depression, World War II did.’ So they’ve gotta have a retort to that, and the retort is, ‘Well, it helped a little bit later on, but if he’d have really spent later on, why, it would have fixed everything!’ So they’re playing off the historical popularity of Roosevelt. Everybody loves Roosevelt. ‘He saved America in World War II, from the Japanese and so forth!’ I’m just warning you, this is going to be an epic battle. These people in the Obama administration are moving left at road runner speed, and they’re having to be kept up with that way. This is just the tip of the iceberg. Now, this will equal, this will result in these people overreaching. This porkulus bill, more and more Americans are already seeing what’s in it, and they’re fed up with it, and it’s no change. If anything, this is Washington as usual on steroids. They want no part of this. More and more Americans, I don’t know how many, certainly not a majority.

More and more Americans are learning this is not anything about creating jobs. And when you have tax credits of $500 — this is from the New York Times today, tax credits of $500 — to a thousand dollars for illegal immigrants, when you try to sneak in there $335 million for condoms and contraception and so forth, when you try to sneak in there in a ‘stimulus’ bill money to fund abortions in this country and around the world, and when you have the speaker of the House saying (paraphrased), ‘Well, yeah, because we need fewer people. That would put less strain on the health care system, less strain on our public works programs and projects and all of our public assistance programs. It certainly is an economic stimulus to have fewer people born.’ So you put all that together, let people know about this, and they become angry and outraged. But, it’s too bad. They could have been told all this en masse before the election, but they weren’t — and in fact the media supporting Obama to this moment doesn’t dare tell people the truth about what’s in this bill.