How Liberals Will Use Inflation

RUSH: Montgomery, Colorado. No! Montgomery County, Pennsylvania. This is Steve. Great to have you on the program, sir. Hello.CALLER: Hello, Rush. Good afternoon. I think you’re exactly right about the liberals’ need for a crisis. I think there’s a little long-term planning going on here and whether it’s next year or the year after it’s the inflation crisis. They’re deliberately inflating the currency through deficit spending and monetary policy, and we’re gonna hear a couple years from now that we need a greater social safety net for seniors because those on fixed income get adversely affected by inflation; for the poor, because the poor get adversely affected by inflation; and we can’t deal with deficits now, we need to raise taxes on the top one half of earners. 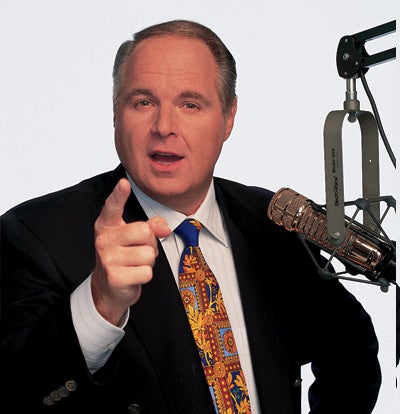 RUSH: Exactly. You’ve nailed it. Excellent. Way to go. You should apply for a fellowship here. You have just nailed exactly what’s going to happen. The Federal Reserve. I got a note from a professional golfer friend of mine who had just heard that the Federal Reserve is going to pump a trillion dollars into the credit markets, and the professional golfer said, ‘Where are we getting this?’ I said, ‘We are printing this. We don’t have this. We are printing this money,’ $300 billion of it, by the way, to buy the long bond, which is causing bond yields to plummet. What else is going to happen with inflation, the value of the dollar is going to decrease, isn’t it?

RUSH: Yes siree, Bob. So we’re going to need exactly what you said. We’re going to have to chaos. There are going to be tax increases and increased social safety net. Gasoline prices. By the way, inflation’s already started. Consumer prices rose four-tenths of 1% in February. That’s the largest amount in seven months. Gasoline prices went up 8%. The price… Let me check the barrel price of oil right now. Let’s see. Crude oil, yeah, right here. Oh, ho! It’s 51 bucks. Just last week, it was in the low forties.

CALLER: And you’re going to hear this as the need of the government to take over more role of energy and price of crude at the pump and every other sector they can get their hands on, college education, the works.

RUSH: Well, don’t forget, when it gets really bad, then we’ll hear the need for price controls. In fact, there already are some economists out there who are now starting to sound the drums for price controls. Of course the bourgeois love of the notion of price controls. They think that means prices will remain steady. (chuckles) They are deadly. They are one of the worst mistakes that can be made, unless you’re trying to just turn everything upside down economically. That would create a depression. If that’s what they want, that’s how they can do it.