In Defense of Individualism

RUSH: Snerdley says — and this depresses me, because I said in the closing segment of the previous hour that the Democrat Party and the Obama administration are conducting an all-out assault on the individual and liberty and freedom.

In the United States of America, what our revolution was fought over — the whole concept of individual freedom and liberty was the reason we sought independence from the tyranny of King George. Not Bush. George III of Britain. I said back in the nineties when the Clintons were running this show, ‘You know, rugged individualism is what built this country,’ and Mrs. Clinton went out there and took me on and ripped me, and we forget what she said, but she had a very critical comment about rugged individualism. Rugged individuals don’t care about anybody else, they leave everybody else behind, and it takes people like Mrs. Clinton to care about the people who get left behind when rugged individuals take over.

Mrs. Clinton had a book that says It Takes a Village to raise a child. I said, no, it doesn’t, it takes individuals to raise a child. It doesn’t take a village. The town doesn’t raise a child, village or what have you. That was just code word for the parents don’t really matter. It’s the school. It’s government enterprises that are responsible for raising the child right. And nothing could be further from the truth. This country was not built on group politics. The country was not built on group identities. The country was built on rugged individualism. Rugged individualism is portrayed, unfortunately, as selfishness. But it is not selfishness. Rugged individualism is self-interest, and self-interest is good. If we were all acting in our own self interest… What are your self interests? Let’s say you’re a father, a husband. What is your self-interest?

Well, if you take it responsibly, the responsibility of being a husband and father, your self-interest is improving the life that your family lives. You want economic opportunity for them. You want social stability for them. You want a relatively crime-free existence. You want some security. You want to see to it that your kids don’t go off the wrong path. All of these things are the things that you work for. And you rely on yourself to provide them. Of course you have support groups, the church and friends and so forth. It doesn’t mean that you are solitary, doesn’t mean that you’re isolated. But it means that you accept responsibility for your life and what happens to you is your responsibility, and that you have, in this country, all of the ability and opportunity in the world to make the most of it. Or, you can slough it off, and you can not make the most of yourself.

It was rugged individualists that invented the automobile and the airplane, the bullet, the gun. It was rugged individualists who invented medicines, improvements in health care. It wasn’t a bunch of groups. ‘But, Rush! But, Rush! The pharmaceuticals have a bunch of people in laboratories working.’ Yeah, they do. There’s somebody that runs them, but they’re all working to try to be the best they can be and come out on top. Thomas Edison, the lightbulb. Benjamin Franklin, electricity. Alexander Graham Bell, the telephone. Marconi, the radio. Henry Ford, automobile mass production, the assembly line. Karl Benz, the automobile. I’ll never forget a story. Reagan was governor of California in the seventies — and this is in one of the books about Reagan.

I heard William Rusher who was the former publisher of National Review tell the story. I’m paraphrasing this. There may be others that know it better. But the students at Berkeley were all bent out of shape one day as they always were during the free speech movement. They didn’t like what Reagan was doing with the National Guard. They didn’t like Reagan’s policies. They thought Reagan, back in the seventies, was just an old man, out of touch, he had no clue about their lives, and who was he to sit there and make policies about their future? So they demanded, they had a sit-in, State Capitol in California, somewhere outside his office, they got in the building, they were let in, they demanded to see him. And at some point Reagan let a couple of these student leaders in, and they went in there, cocky young little kids, and they essentially said, ‘Who are you, old man? You don’t know anything about our lives. You don’t know how we function. You don’t know how we get along. You don’t know anything about the telephone, you don’t know anything about computers, televisions, you don’t know anything about that. These things are all foreign to you. Look at all these old-fashioned things around here.’

And Reagan looked at them and said, ‘You know, you’re right about that. We had to invent these for you to use them. We had to invent them for you.’ Take your favorite actor or actress, take your favorite television personality and ask yourselves what government, what protective agency got them their job, or was it rugged individualism? Or sleeping on the couch or whatever they had to do, but they did it. They also get $20 million a movie because they put people in the theater seats. Whether the movie’s any good or not, people go, except Tom Cruise is in trouble right now. Well, Valkyrie just wasn’t quite it. But the point here, ladies and gentlemen, is that anything that beats you down, anything that says to you that you’re no more than anybody else, that you’re no better, no different, no worse, that you’re the same as anybody else, is lying to you, and they’re seeking to control you. They’re seeking to limit your own ability and your own desire, because we’re not the same. The whole premise of equality, it’s a great thing to strive for, like equality before the law, equality in job opportunity and so forth. But there are no two things that are equal, certainly not outcomes. Other than identical twins, no two human beings look exactly alike.

Other people can toil their whole lives and never make more than minimum wage. Why? Who knows. But it is our contention that the people who never make more than minimum wage can do far better if they’re just invested in themselves, not in a government, not in a president, not a Congress, not a program. How many people in those people’s lives tell ’em that they’re special, versus how many of them tell them, ‘You don’t have a chance. You don’t have a prayer. This country’s racist. It’s homophobic; it’s bigoted. You don’t have a chance. You need to vote for us.’ Even I, ladies and gentlemen, you listen to me, and you see whatever you see, but you see me as successful, it may make you mad, may make you furious, but nevertheless you see me successful. But you don’t know the 35, 37 years that I’ve spent in this business since I was 16 (minus five that I worked for the Kansas City Royals baseball team) you don’t know the seven times I got fired, and you don’t know how many people in this business told me to quit and told me to give it up, that it’s not a fair business, even if you’re good, there are too many idiots above you, too many jealous people above you that don’t want you to get anywhere because you’re better than them. Hey? Hello? That’s the world. There are a lot of professors who don’t want you to be smarter than they are. There are a lot of people working at banks who are tellers that probably could be at the investment side but somebody is threatened by them. Everybody’s trying to hold everybody back.

It’s just human nature, and it’s only the belief in yourself that propels you through all those things, and yourself is the individual. I got fired seven times. One time was it probably justified. The other times due to vagaries of the broadcast business, but each time I got fired the person that fired me said, ‘You know, you really don’t have what it takes to succeed here. If you want to stay in this business you need to go into sales or something else. You really don’t have that much talent,’ and I’m saying to myself, ‘How would you know? You’ve never let me exhibit it. You and your brilliant management have come up with ways that I could only say this here or that there, and I can only take that much time. How do you know what my talent is? And when was the last time you cared to really find out what my talent is?’ 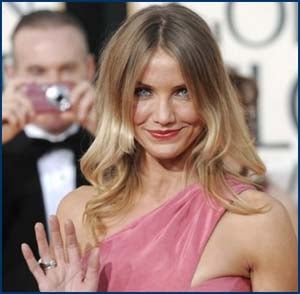 Without believing in yourself, you’re going nowhere, and you won’t believe in yourself if somebody beats the individual out of you. If somebody convinces you that you don’t deserve to do better than anybody else because that’s not fair, and they are teaching you that in school about your grades and they’re teaching you that about economics. It’s not fair that you might have a nicer car than the schlub down the street. It’s not fair. It’s humiliating to the people who have less. So they’re trying to beat the individual out of you, and the individual in you, the belief in yourself is the only thing you’ve got to compete against everybody that’s trying to hold you back, and they all are. It’s the way of the world. You look at things from afar, you look at pop culture, you look at movie stars, and you think that’s a community, and they all decided one day, they all decided that Cameron Diaz is great and they all got together and they all loved Cameron Diaz and they’ve all made her a big star.

That’s the image they project because they want you to think it’s all a giant community. Cameron Diaz is like everybody else, she had to fight for everything she has, and they’re nipping at her heels now as she gets older, same thing with Julia Roberts, it doesn’t change, no matter where you are, no matter what kind of glamour. You take a look around you, the genuinely successful people that you see who you want to be did not check their individualism at the door when they started their work. They didn’t check their self-interests at the door, and they didn’t check their self-respect, and they didn’t turn over the belief in themselves to somebody else. That’s all I’m talking about and that’s under assault by this administration, which wants to control and limit freedom, ’cause the only way Obama can get the power he wants and the Democrats can get the power they want is if you willingly turn it over to them, by getting rid of your self-interest, your self-respect and holding your best interests at heart. Your best interests do not coincide with your government’s, especially now.