Yes, We Can Beat Back Obamacare

RUSH: Here we go now with our health care stack. Every time I do this, when I mention, folks, I think we can shut this down, I think they’re in trouble, I think things are falling apart at the White House, they’re working on so many things at one time, and I think they’re in panic mode in the White House. Every time I say that, I get a cautionary note from a couple of friends: ‘Don’t say that. Don’t say that, because if you do that people are just going to stand aside and think it’s over and it’s been beaten back and we need people constantly fighting this.’ And I agree with that. I’m not being falsely optimistic. I’m being purely optimistic here. I can’t look at what’s happening here and not tell you what I see, and I see panic in the White House and I see things falling apart. 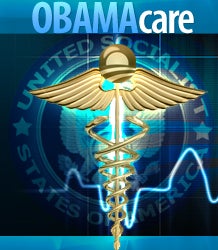 Now, I know judged against what they’re getting and how they’re doing it and how they’re going about it, you know, it’s scary, don’t misunderstand. I’m just saying that this is not an invincible operation up there in the White House. We’re being told that the American people, for example, want health care, that they all think it’s a crisis, and we gotta get it done now. The latest Rasmussen poll shows that there are 42% of the American people who do not want any changes, they don’t want a public option in health care if it means they lose their own coverage that they have now. Well, 42% of people opposing what Obama wants to do is not everybody supporting it. And so the effort must continue to be undertaken to educate and inform people what this is really all about, and as more people learn how much this is going to cost — yesterday, we had the CBO price over ten years at $1 trillion that we haven’t spent. We’ve already spent two trillion this year that we don’t have.

If you add up all the budgets that have been projected for ten years, submitted by Obama, we’re at ten or $11 trillion spent that we don’t have. Now you gotta add another trillion to it. But we find out today that a proper scoring of the CBO report actually is 1.6 trillion over ten years, and, as was true yesterday, it remains true today, that 1.6 trillion only ends up insuring one-third of this so-called 47 million that are uninsured. As such, as the numbers continue to expand, as the price tag gets larger, we see stories like this, from TheHill.com: ‘Congressional Democrats and the White House are scrambling to regain their footing after a series of setbacks has stalled political momentum to reform the nation’s healthcare system. Despite having a popular president in the White House and comfortable majorities in Congress, the Democratic rollout on healthcare reform has encountered significant bumps in the road. A cost estimate hanging a $1 trillion price tag –‘ now we know it’s $1.6 trillion, by the way ‘– on an incomplete bill, salvos from powerful interest groups and great uncertainty among key Democrats on what will actually be in the legislation that moves through Congress have emboldened Republican critics.

‘The Senate Health, Education, Labor and Pensions (HELP) Committee postponed the markup of its healthcare reform bill by one day, to Wednesday. On the eve of that markup, the powerful US Chamber of Commerce publicly ripped the bill.’ Yeah, the Kennedy bill is $1.3 trillion; $1.6 trillion is the Finance Committee cost. And whatever they tell us is the cost now is much less than what it’s going to end up being. That’s a standard rule of thumb that you can always bank on. Nothing government proposes ever costs less than what they say. It always ends up costing more. ‘Other key Democratic constituencies are seeing things they do not like creeping up in the healthcare reform debate, which could hamper their ability to offer full-throated support. Labor unions, for instance, have devoted millions of dollars to organizing and promoting reform, but oppose taxing health benefits. Obama rankled the trial lawyers during his speech at the American Medical Association (AMA) on Monday, when he expressed openness to some form of medical malpractice reform.’ But then he took it away. We played the sound bites after he said he was open to it, he then closed the door.

What is it these people don’t hear that we all hear? Remember when he said, (paraphrasing) ‘I think we need to reform the health care, the medical practices and –‘ doctors started applauding. Obama said, ‘Wait a minute, hang on guys, hang on, hang on. Here comes the reality.’ And the reality was, ‘forget what I just said, the statement I just made expired immediately.’ That’s one story here that we’re dealing with. In USA Today: ”Discord Grows Over Public Health Plan’ — The mood was upbeat in early March when scores of powerful lawmakers and lobbyists joined President Obama in the East Room of the White House to talk about fixing the nation’s health care system. Still, Sen. Chuck Grassley, R-Iowa, rose to tell Obama that many Republicans had a problem with his plan to let the government compete with private insurers. ‘There’s a lot of us that feel that the government is an unfair competitor,’ Grassley said. ‘We have to keep what we have now strong, and make it stronger.’ Three months later, disagreement has turned to discord over a key element of Obama’s health care prescription: his insistence on a ‘public plan’ to compete with private insurers.’ And it’s a Trojan horse. 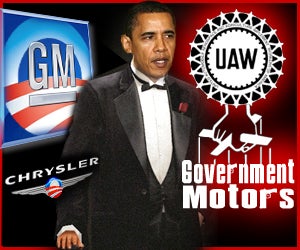 off-load their health care costs. You know, it’s a large myth that American big business equals Republican Party. It’s always been a myth. Big business votes with whoever’s in power. It’s a protection racket. Think of the government as Don Corleone, and whoever is in power is Don Corleone. And when you have the government going after Big Oil and Big Aviation and Big Retail, these people have to defend themselves and the way they do it is pay protection money. In addition to that, businesses exist to earn a profit, and the biggest drag on a lot of business today after the labor costs — well, part of the labor cost is health care costs. And if somebody comes along and let ’em off-load it? Okay, so Obama passes this bill — let’s speak hypothetically, theoretically — passes the bill, signs it into law, there’s a public option. I guaran-damn-tee you the UAW is going to opt into it, all the unions are going to opt into it, as many businesses as can are going to say, ‘Sorry, employees, but we’re only going to offer the public option here,’ and they’re going to off-load it. That’s how it’s going to happen.

The current number of health care options that people have, around 1,300, is going to dry up. And that’s exactly how it’s gonna happen and this is what people are starting to figure out, and as they figure it out, discord is growing. In addition to that a Bloomberg story today, headline: ”Obama’s Volunteers Find Health Plan Harder Sell Than the Candidate’ — When Patricia McArdle volunteered for Barack Obama’s presidential campaign, her duties and goals were clear. Now she’s devoting her time to his health-care plan and says she’s confused and frustrated. Obama, who enlisted a 13 million-member grassroots army to help him win the White House, is trying to remobilize those people to build support for his proposed overhaul. That goal may prove elusive. The constituencies that joined forces to back Obama the candidate disagree over the scope of the health-care overhaul, particularly whether it should create a so-called single-payer system that reimburses providers through a government-run fund.’

The story goes on and on and on to describe all the problems. I mean, this army is out there, they’re trying to sell it. They’re just running into a lot of opposition from John Q. Public. This is why we gotta keep the pressure on. This can be rolled back, it can be defeated, but only if people continue to shout out against it. And all you have to know, all you have to tell people is that Obama’s health care reform will likely result in you losing the health care plan you have now and like. I guarantee you, it’s gonna fail because most people, despite the news, despite the PR, despite the propaganda, are satisfied with their health care plan. Everybody’s got complaints about it, we complain about everything, but in terms of having to give it up or having to pay taxes on it, or go to the government and pretend that you’re going to the DMV when you’re going to health care, people do not want that.