RUSH: Nashville, Tennessee, Peter. Thank you for waiting, sir. It’s nice to have you on the EIB Network. Hi.

CALLER: Hey, Rush, it’s so great to talk to you.

CALLER: I’ll get right to it. I want to tell you about the impact you’re having on our son, and you continue to have, who is a junior in high school and is applying to West Point next year. And two years ago we gave him a subscription to 24/7 for Christmas. And you equipped him in facing down his liberal teachers. And I want you to hear what he said to one of his most outrageously liberal teachers who found out he was going to apply to West Point and asked him — this is what he actually asked our son — he said, ‘Why would you want to become a mindless killing machine when your parents run a Christian missionary organization?’ We put artificial limbs on amputees in developing countries and he knows this — and, by the way, we could use the help of your listeners but out of respect I won’t mention our website unless invited to. But our son looked at this guy in the eye and said, ‘Sir, there are people out there who want to kill us and I feel like I’m called to keep that from happening,’ and I’d like to add that it only took them about two seconds to identify the mission, not three months, and he’s only 17. You can imagine how much pride I feel in him for making such a statement and how outraged I was his teacher would even ask him that.

CALLER: Latin. He’s an honors Latin student. He’s also a nationally recognized inventor. He’s done some amazing things, but he wants to go to West Point. He’s wanted to for four years and he had one teacher, by the way, that went around the room and the night before the president spoke to Congress — had used Congress as the backdrop for his health care speech, the teacher went around the room — and asked all the students to identify their most charismatic speaker, favorite speakers and so forth, and she kind of went on and on about praising Obama’s speech-making ability, and our son proudly stood up and said (chuckling), ‘Rush Limbaugh’s address to CPAC was the best speech I’ve ever heard.’

CALLER: And most of the kids there didn’t even know what CPAC was, but he knew, and he is well informed, and he often says that he gets into a battle of wits with folks and finds that they’re unarmed. Because he listens and he pays attention, and he knows things and he can quote from stuff.

RUSH: What a great young man you have! 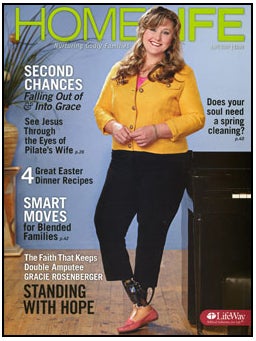 CALLER: Well, Rush, I need you to keep the country together as best as possible because I’m raising this kid as fast I can. Now, granted the nice thing about it is that the president, the current president will not be my son’s commander-in-chief when he graduates from West Point. That’s our goal. But he did the mission. And, you know, we’re very proud of him, and I am just appalled by what’s going on. He’s been over to Africa with us in our work there with amputees a couple times and that’s what his invention was. He came up with a pretty amazing way to help amputees in developing countries.

RUSH: A Latin teacher asks your son, ‘Why do you want to become a mindless killing machine?’

CALLER: Exactly, which I think is just a horrendous thing for my teacher to ask any kid — and, you know, ‘Your parents run a Christian mission organization. Why would you want to do this?’

RUSH: Well, it represents a total lack of respect and understanding of what the purpose of the military is — and its role and its purpose.

CALLER: My son, he’s 17. Actually he was 16 when he faced him down and he said, ‘You know, there are people that want to kill us. I’m called to keep that from happening.’ I mean, what an amazing — and before I could grab the phone and call over to the school (chuckling), I asked him. I said, ‘What did you say?’ and when he told me, I said, ‘Well, I don’t need to discuss this then. He handled it fine. The teacher stopped talking, said, ‘Good answer,’ and walked away.’

CALLER: It’s StandingWithHope.com. My wife is a double amputee herself. And we started putting legs on amputees in developing countries, and we teach them how to do it — and, by the way, Rush, she’s had $9 million worth of health care bills and not one dime from the federal government. Imagine that. Imagine that.

CALLER: Not even from disability, by the way. And we don’t make a lot of money. We just simply don’t use the government to meet our needs, but I’m real proud of her. I was over in Ghana, and the need is so bad for people over there we wanted to give it away — you know give these limbs away — and the government said said, ‘No, no, no, you have to make them go through the program because we partner with their government and we teach them how to do it,’ and he said, ‘If you give if to them for free they’ll never value it.’ Now, this is the government of Ghana telling us this. And I thought, ‘Well, you know, what have we come to here in America?’

CALLER: No, to their credit, they’ve been a great partner with us — and again, our theme is we teach them how to do it and then we provide them with supplies. And in doing so, we share our message of the Gospel, but we give the supplies freely and the teaching freely, and we spend time doing this, and we recruit prosthetists around the country — not prostitutes Rush. We take prosthetists.

RUSH: Yeah, I got it. The people in Rio Linda got a little rise out it —

CALLER: Yes, they did.

CALLER: They got a lot of hookers in Africa. They don’t need more. But we teach them over there, and they teach these guys how to do it for their own people. So it’s been an amazing collaborative effort, and they have actually stepped up and really have been wonderful to work with, and we’re proud to do so, and we’re expanding into other areas of West Africa.

RUSH: Well, God bless you. You genuinely are doing the Lord’s work.

CALLER: Well, it’s a pleasure, because this is what we do here in America. This is what we do as Christians. But I just wanted you personally to know the impact you’ve had on our son and thank you for it.

RUSH: That’s the RushLimbaugh.com website, ladies and gentlemen — and included in that, of course, is the Limbaugh Letter newsletter, and the new issue just came out, I just got mine as the editor-in-chief, it’s the interview with Sarah Palin issue. It sounds to me like you’ve had much more to do with shaping your son than I have.

CALLER: Well, yeah, you’re right. I’m his father and I do. But at the same time, it helps to have it right there. I mean, we watched that CPAC speech as a family, by the way. It was a fabulous speech. And we’re standing up cheering. And, by the way, I don’t need people to tell me when I should cheer or not cheer for a speaker. 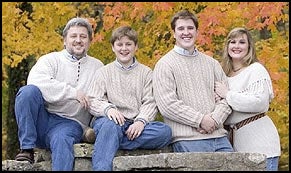 RUSH: This guy’s on a roll here.

CALLER: Well, it’s just ridiculous, Rush. I mean, come on. Our son is looking to go there. He looked at me and said, you know, ‘This guy is going to be my commander-in-chief?’ And I said, ‘Well, no. He won’t be by the time you graduate.’ But it was horrendous to watch.

RUSH: I have a cousin. I have a cousin that went to West Point, Dan Limbaugh, and he ended up in the JAG Corps (judge adjutant general) and he taught law there, and he brought members of his class to my TV show back sometime the early nineties in New York. I was in the fifth grade when he got into West Point. The family could not have been prouder.

CALLER: Well, I’m just looking forward to that day — and by the way, we’re not going into this thing blind here. My wife and I are up at Walter Reed a good bit. The military has her come up and sing for the guys. She just had her 73rd surgery in September and that facility where they train all these guys are working out there at Walter Reed. She sang for the groundbreaking of that facility. So we know what he is looking ahead to do. We understand from a very real and personal place — and he’s grown up… His mother’s been a double amputee for all his life just about. So this is not something he’s going into blind with, you know, stars-in-his-eyes kind of thing. This is a serious commitment to serve his country, and he understood the mission, and this is something that he understood more than the president. There are people that want to kill us, and he’s called to keep that from happening.

RUSH: Don’t think the president doesn’t know that there are people that want to kill us. He knows that. It’s just… They have a point! (sigh) I don’t know how else to say this, folks. I mean, look, it is what it is. Thank you so much, Peter, for the phone call, and congratulations on your son, and best wishes for his ambition to get into the United States Military Academy.