On the Tea Party and the GOP

RUSH: Joe in Brooklyn as we go back to the phones, great to have you on the EIB Network. Hi.

CALLER: Yes. Hi, Rush. Great to be here. Thanks for taking my call. 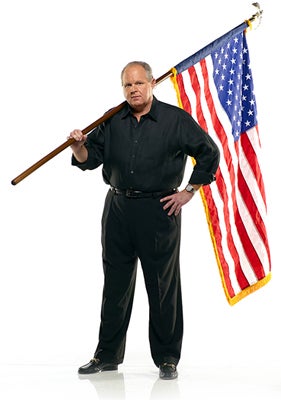 CALLER: So why are they backing these candidates? When you take Mark Kirk and you taking Mike Castle, they are RINOs, that’s understood. What’s bad with Trey Grayson? Trey who would win with a landslide. Now Rand Paul is tight with Jack Conway. (Unintelligible) this, Rush?

RUSH: Here’s what I think about this. I think that nobody’s perfect. Nobody makes every decision correctly. But I think there’s an overriding thing here that is guiding the Tea Party. It is axiomatic and automatic they’re fed up with Democrats on the left. But they’re also fed up with the same old same old from the Republican Party. They are not Republicans. They are conservatives, and they have very specific objectives: Smaller government, lower taxes, property rights, liberty, freedom, so forth and so on. And they are people who have become exhausted with the notion that a Republican is substantially different from a Democrat just because of the label. These are people who look at what people say, stand for, and claim they’re going to do, because a lot of Republicans have claimed to be conservative during campaigns, and they’ve gotten to Washington, and they throw it away and they cast it aside. The Tea Party is made up of people who are just not gonna take it at face value any longer. If you notice also, according to our media masters, it’s a good thing for liberal Democrats to be associated with defending the Ground Zero mosque. Speaking of the Tea Party it’s a terrible thing for the GOP to be associated with the Tea Party but it’s a great thing for liberal Democrats to be associated with defending the Ground Zero mosque.

Now, you want your question answered, somebody explain this to me. How can it be a terrible thing for the Republicans to be associated with the Tea Party, but a good thing for liberals to be associated with defending the Ground Zero Hamasque? You’re also falling prey I think to a lot of the media criticism of these Tea Party people. What do you know about Sharron Angle in Nevada other than what the media is saying? They say Rand Paul is a kook and a creep and all this, so you buy it. Too many people are still prisoners to what I call the media masters or the Drive-By State-Controlled Media, the partisan political operatives disguised in media, Fake Media, whatever you want to call ’em. I admire the Tea Party in many ways. We for the longest time have been denouncing Republicans-in-name-only. We have been saying that you’re not doing us any good. Just because you’re Republican doesn’t mean that you’re any better than the average Democrat.

This has inspired people to run for office who are not professional candidates, they’re not professional political people, but they love the country, and they’re willing to risk the loss of privacy and all of the media anal exams they get to put into action the things they believe. They come along and they run for office and people start running them down, particularly on the Republican side and the media. I think a lot of it is simply due to the fact that they’ll tell us who they fear. It’s just as simple as that. Their attitude is, what good is electing a Republican who is gonna end up being a McCain? What good is it? It doesn’t make any difference, in fact, it’s harmful, and we don’t need any more of that. This is a crossroads moment in time for the country as far as the Tea Party people are concerned. This is it. It’s not Romper Room, it’s not playground, it’s not politics as usual. And that’s how I would answer your question.