RUSH: We are thrilled to have with us James Farrior, number 51 of the Pittsburgh Steelers, who just finished practice. Mr. Farrior, welcome to the EIB Network, sir.

FARRIOR: Oh, welcome! Thanks for having me, man.

RUSH: I have got to ask you a question. I’m going nuts. I just had Rodney Harrison on the program.

RUSH: Everybody that’s talking about this game says that you guys can be had with four or five wides, keep Polamalu off the line of scrimmage, that the secondary is vulnerable. I mean, I’m sure you’ve heard this. Without giving away any secrets… They’re making it sound like you guys have no chance. All they’ve gotta do is spread you out and the Steelers have no hope. Have you got a counterattack for this?

FARRIOR: Oh, most definitely, man. You know, we’ve been hearing that all week, and we’ve been prepared for it. Coach LeBeau has put together one of the greatest game plans in history for this Super Bowl right here.

FARRIOR: So they better be ready for it.

RUSH: Well, I’m not gonna ask you what it is, but I can’t wait. This is what year for you in the league?

FARRIOR: This is number 14.

RUSH: Number 14, and now you’ve got the CBA and the potential lockout and the 18 games. I know you don’t really want to think about this front-and-center with this game coming up and I know you don’t want to quit playing, so where is this all going?

FARRIOR: Man, I don’t know man. It seems like it’s inevitable that we’re gonna get locked out. Hopefully doesn’t last too long. Hopefully we can get a deal done. Everybody puts their emotions to the side and let’s get it done.

RUSH: James, is this game as exciting to you as the previous Super Bowls?

FARRIOR: No doubt about it. It never gets old, man. You know, you play the game to win championships. This will be my third opportunity to get a championship, and it feels like my very first time.

FARRIOR: There’s definitely a Steeler way. You know, we look back at the history of the organization and the franchise and the Rooney family, and they’ve been doing business the same way for 70-some-odd years so. You know, there’s definitely a formula they have that’s been very successful over the years and I don’t think it’s gonna change.

RUSH: Well, how do you approach a game like this? You’ve got a chance here to win more Super Bowls than any team in the National Football League has. You have to hear all the hype about, ‘Well, these guys are great on indoor carpet, Rodgers with his quick release.’ Hardly anybody’s talking about the Steelers offense other than Ben and how he can scramble and play sandlot football better than anybody else. But they’re making you guys out really as if the Packers are on their game you don’t have a chance. Do you like that? Do you like that underdog position they put you in?

FARRIOR: Oh, yeah, we definitely like it. We feel like the pressure is on those guys more than anything, and we’re just gonna sit back and let everybody do all the talking, and when 6:30 rolls around and those pads start popping, we’re gonna see what happens.

RUSH: James Farrior of the Pittsburgh Steelers here, the quarterback of the defense. Is Troy Polamalu a hundred percent?

FARRIOR: Oh, yeah. He’s ready to go. He’s had a couple days to rest. He’s had almost a week and a half of good rest, and he hasn’t really been doing much but rehabbing. So he’s gonna be ready to go — and this is the biggest game of the year, so no matter how he’s feeling he’s gonna be out there making plays.

FARRIOR: I don’t know. I think it’s gonna be a game day decision, but, you know, just having that guy in the locker room with us is gonna be inspirational for us. We know he had a hard time this year with injury, and just having him out there on the field, just being on the sidelines, it’ll be enough boost for us.

RUSH: Well, best of luck. I know that you have Larry Foote there and I’d like to say hi to him, but best of luck. It’s really a thrill to talk to you, and you really are, James, a prince of a guy. Everybody on that team represents the city of Pittsburgh well, the NFL well, and it’s genuinely a special thing. I hope you’re not one of the teams moving to LA.

FARRIOR: Oh, no! Not a chance.

FARRIOR: Definitely not a chance.

RUSH: Just kidding. Anyway, is Larry Foote there? I know you guys have one phone that you’re passing back and forth.

FARRIOR: Yeah, he’s right here, man. He can’t wait to talk to you. Hold on. 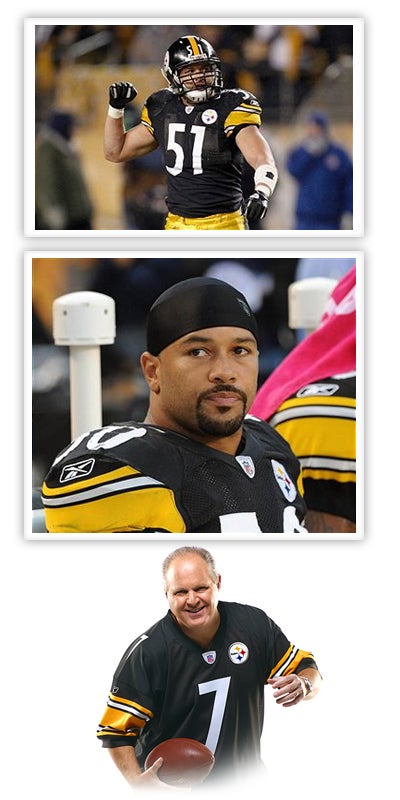 FOOTE: What going, man? Thanks for having me.

RUSH: You bet. Let’s see, the last time you were in this game, it was in Detroit, right, which is your hometown?

FOOTE: That was the Jerome Bettis game, yeah.

RUSH: Now, you spent one year with Detroit and you’re back with the Steelers. Is this…? I just asked Farrior the same question. Is this game…? It’s not old hat to you, right? This game is as exciting as any of the others have been to you?

FOOTE: Oh, yeah. I mean just the team that we’re playing against — and out of the three Super Bowls, it’s probably our biggest challenge as far as their balance on defense and offense.

RUSH: Do you like the defensive game plan that you have?

FOOTE: Oh, yeah. You know Dick LeBeau is gonna put something together for the Super Bowl. Any time he’s leading this ship we are always confident and know he’s gonna give us his best.

RUSH: Well, but the Packers say Dom Capers is Dick LeBeau Lite that you guys are basically identical defenses and you both play three-fours, and are both very cerebral and so forth. I asked Farrior, I’m gonna ask you: Does it bother you when you hear all this talk that you’re easy to beat if they just spread the field, put four wide receivers, take Polamalu off the line of scrimmage and basically it’s no contest?

FOOTE: I mean, the last ten years we’ve got the number one overall defense. So teams have tried everything to attack us, and we keep answering the call every time.

FOOTE: But it’s gonna be a challenge, no doubt about it. Defenses are similar — same style, same type of attack and approach — but at the end of the day, you know, which dog’s gonna hunt the longest?

RUSH: Did you have a good practice today?

FOOTE: Oh, yeah. We prepared. We’re ready to go. You know, it’s kind of like that quietness before the storm.

FOOTE: Well, the tough part is a majority of guys’ family and friends are in today. They come in on Friday, so they gotta entertain them for the day. Then Saturday we’re more isolated, do some walk-throughs and we go off to a separate hotel so we get ready.

RUSH: Oh, yeah: The super-secret hotel that ESPN will find out about.

RUSH: (laughs) What do you have for the pregame meal? You eat much?

FOOTE: Yeah, I eat a little bit. Try to get some pasta, get some carbs to keep me going. You know it’s gonna be a long day. And the difference about the Super Bowl and the other games is the halftime is a little longer, so they’ll have snacks in there for us. 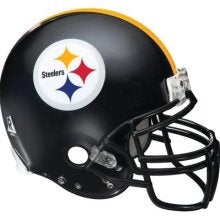 RUSH: Right. That’s right. You’ve got a long pregame here. After you go out and warm up, you’ve got an hour while that pregame show goes on, and you’ve got a longer halftime than usual. By the way, that’s something else that people are talking about: You guys have many more players that have actual Super Bowl experience than the Packers have, and Mike Tomlin said that he thinks once the game starts that doesn’t really matter. Do you?

FOOTE: Well, I hope it helps to our advantage, but it’s a little different, because our first Super Bowl we were a little tight. You know, we were caught up in the lights and just playing in the Super Bowl. But I think it might… The biggest distraction would be the bye week last week and this week with all the parties and the hoopla. So hopefully they got caught up in that and so we can take care of business.

RUSH: I remember that. The Super Bowl in Detroit, was that Ben’s first against the Seattle Seahawks?

FOOTE: Yeah, that was the first.

RUSH: He said he was never more nervous before a football game than that one, and this is Aaron Rodgers’ first Super Bowl. So I think this experience stuff — knowing how to win, knowing how to close people out in games like this — clearly you guys have an advantage and an edge if that kind of thing exists here.

FOOTE: Absolutely. I mean, I don’t care how much you prepare for it and study the game plan: When you step foot on the biggest stage, your mind gonna be talking to you telling you you’re in the Super Bowl. So we get ’em rattled a little bit and it’ll help us get the victory.

RUSH: Well, best of luck, man. The whole country is pulling for you. You guys travel better than any team in the National Football League.

RUSH: There’s gonna be a lot of gold in that place because the Packers have it in their color scheme as well. Look, I appreciate your time here. It’s a thrill to be able to talk to you and tell James Farrior I said thanks as well.

FOOTE: Thanks for having us. It’s truly an honor. I appreciate it.