RUSH: Dennis Kucinich, we have audio sound bites. I’m getting a lot of panicked e-mail from people about this. He wants to reinstitute the Fairness Doctrine, popularly known not just by me, but by a lot of people as the Hush Rush bill. Now, the interesting thing about this, and I talked about this over the years a number of times because it’s an effort that the Democrats have threatened when they were out of power to do when they regained their power. Now Kucinich is leading the charge here. The Fairness Doctrine, it goes back to the ancient days of superheterodyne receivers, back to the 1930s and the 1940s, when the media landscape was entirely different than it is today. The Fairness Doctrine is largely aimed at radio today, and that’s the medium that the Democrats still fear more than any other. They control lots of television, particularly news. They control print, obviously. They’re the majority in both of those media. But in radio, they haven’t been able to crack the nut. They haven’t been able to make inroads. They’ve tried everybody they could think of but they just haven’t been able to figure it out.

As is typical with liberals — in some instances you’d have to say that Kucinich is acting Stalinist in this — they have given it their best shot to try to have an open-minded, open-ended debate in radio. They can’t get coverage, they can’t draw an audience; they can’t draw an audience in the commercial field, at any rate. So what do they do? They attempt to silence the opposition, and this is an assault on the First Amendment, disguised under that word “fairness.” The application of the Fairness Doctrine worked this way. It basically made it so difficult for local radio stations to put on controversial programming that they put none on. So what you’re going to get if they do reinstate this is highlighted programming such as the favorite holiday recipes for Christmastime, sewage problems for the next decade in your local community, and other such things. The application of the Fairness Doctrine would be very, very tough to police. The point of it was to balance opinions and to be fair, and if one point of view was expressed, the other had to be expressed well, otherwise, no opinion could be expressed. There was also a provision that personal attacks, people victimized by those would have a chance to reply and respond and so forth.

Now, the Fairness Doctrine was dispatched by Reagan, Ronaldus Magnus in 1987, and the practical result of the Fairness Doctrine was there was no controversial programming. The thing that libs miss out — well, they understand all of this, they just can’t deal with losing. They think that talk radio is the biggest thorn in their side, and so they want to silence it rather than try to beat it because they can’t. They’ve demonstrated they can’t even get close to even being noticed much less be competitive on radio. So the reintroduction of the Fairness Doctrine is not going to happen with Bush in the White House, but after ’08, you never know. I think it’s a long shot anyway, but it’s something worth remaining vigilant to because there’s no question if they had a chance they would do it. Although, the media landscape has changed so much. Look at the multiple channels you have now, satellite radio, which probably is not governed by the FCC — well, I know it’s not because it’s not over the air, it’s not using “the public airwaves,” quote, unquote.

Look at all the different channels you have on television. To single out radio for this would be quite obvious as to the intent and the purpose and making things fair would not be the objective. Silencing conservatives on radio would be the objective. What the liberals don’t understand is the market takes care of this. Yeah, talk radio is predominantly conservative. We can discuss the reasons why, but it’s irrelevant to this discussion. But the market balances things out. I came along in 1988, started this program, it was the only program of its kind nationally, and the liberals immediately started shouting, “You need to balance your show! It’s all conservative!” Well, no, no. I am the balance. I am just a little attempt here at equal time. You guys have the rest of the media. Up to this day, you add up the liberal dominance in most media, and it still dwarfs what talk radio is in terms of reach, but still, they can’t deal with even one element of the media not being controlled by them.

RUSH: We’ll start in Austin, Texas. Griffin, thank you for calling, sir. You are up first.

CALLER: Thanks. I’m thinking maybe we should bring back the Fairness Doctrine and give equal time for liberals on shows like your own. And the reason would be that, you know, a lot of people tune in to opinion shows like yours and they feel like they’re getting a whole balance right there, that it’s fair and balanced as is. But, you know, a lot of shows they do have a right-wing bias or something. Take Fox network, it used to call itself fair and balanced and now Tony Snow is working for a conservative president —

RUSH: Oh, come on Griffin, I would love to talk with you seriously about this. How about Chris Matthews, who used to work for Tip O’Neill? George Stephanopoulos worked for Clinton. Chris Cuomo is Cuomo. All of these people that are at ABC and NBC. Let’s see, Tim Russert I think was somewhere with Moynihan. The Drive-By Media today is a veritable satellite office of the Democrat National Committee.

CALLER: Well, shouldn’t we kind of more, frankly, admit our bias in every case?

RUSH: We do on this program. They don’t. They insist that they are not liberal when that charge is leveled at them. But, you know, Griffin, what you have to understand here is that you’re being sucked in by the notion of fairness. You’re actually advocating the suppression of free speech. You say this show needs to be balanced.

RUSH: No, it doesn’t. This show is in the free market. If people don’t like this show, it won’t get an audience, and you don’t have to worry about it. If they do, it does, and it will get an audience and it will survive. I’m under no requirement to balance this show. I consider myself to be just a little speck of balance against all the other media that’s out there. You have to look at the whole marketplace not individual shows. You wouldn’t call NBC or CBS — look at the elements that you singled out. You singled out Fox News. You singled out me as items needing to be balanced but you don’t think ABC or CBS or CNN needs to be balanced. I didn’t hear you say that. 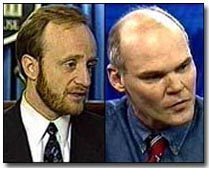 CALLER: Well, I think they are balanced within themselves fairly well.

RUSH: The fact of the matter is what you just told me is that you are a liberal, and as a liberal you don’t think of yourself as an ideologue, you are just it, you are what normal is, and people like me are the monsters and the clowns and the fringe and the kooks, and somehow when you hear us say what you say, you don’t like it. Rather than just turn the radio off and let the market determine these things, you want to participate in an effort to shut me up. You are an arrogant, conceited, condescending person who is not half as smart nor as worldly and fair and open and honest as you think you are. You are close to being a Stalinist. You want to shut down people who say things you don’t like, or you want to go along with the program to ostensibly balance them, which would end programs like this. 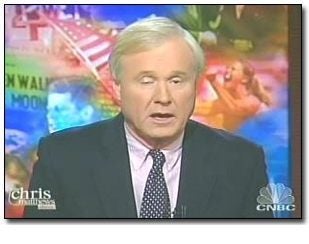 You think my audience wants to hear me, half of this program devoted to some bunch of liberals responding to what I said? Now and then we do it for the fun of it. It’s always fun to listen to them bomb out. But we put liberals on this program, like you, you’re an example here. I got a bunch of people on hold. You’re not the first to call today, but you’re first in line. We put liberals up whenever we call here. We don’t keep them off the air, we’re not suppressing them, we’re not oppressing them, and, by the way, there is nobody on my side of the aisle who is advocating that they be silenced. That kind of thing only comes from people like you. I don’t know one conservative who wants CNN taken off the air or the government managing what CNN broadcasts or NBC or CBS. You know how we deal with it, Griffin? We deal with it by informing our audience so that they can watch all these things and listen to all these things with a new understanding and education so that they can make up their own minds about what they’re watching and hearing and reading. We seek to make them more informed than ever, we seek to make them engaged in the political arena of ideas. That you fear.

You want people who disagree with you silenced and shut up and maybe, for all I know, sent to the gulags along with Dick Durbin and our interrogators at Club Gitmo and Abu Ghraib. You don’t hear people like me advocating anybody be silenced. You don’t hear anybody like me advocating that there be balance. You don’t hear me saying, “Hey, CBS, get rid of Katie Couric and hire me,” although that would be a brilliant move on their part. Nobody is suggesting that Tim Russert give up half of Meet the Press to me in order to balance — yet you call here and suggest I should do this? You arrogant, condescending snob. I know you don’t think of yourself that way, but you are.