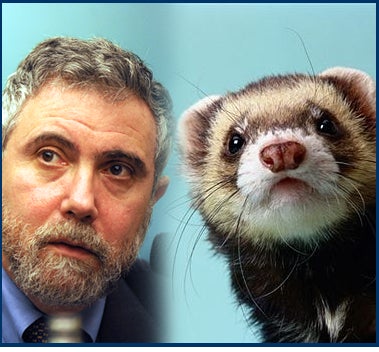 As I say, that means they’re close. I thought they already had. I thought they were the Democrat Party. I thought they were interchangeable. Now, “Read that slowly and carefully…’the possibility that the communists may be able to “capture” the Democratic Party entirely.’ Joe Sims is a proud little Commie. He goes on to brag that among other things, “heightened class and democratic struggle … all have combined to produce an unprecedented situation — and opportunity. They are seeking to destroy this nation and they are using Democrats to wage class warfare, pitting imaginary groups of haves against equally imaginary underclasses,” and so forth and so on. So there it is. This is not news to you. We’ve been reading to you from the Communist Party People’s World magazine when it fits over the past couple of years. But now they’re coming right out and saying so: “We’re using the Democrat Party.” It’s not taking too much effort, by the way, and they’re not having to fool the Democrats in order to use them.

By the way, anybody out there offended by me saying that the Communist Party USA and the Democrat National Committee are identical, just ask ’em to name one significant issue where they differ. Just one. In fact, they don’t even differ on insignificant issues. Their platform is identical. The Communist Party USA platform is identical to the Democrat National Committee platform for 2008, virtually identical. So if you’re out there being offended by it, don’t waste your time getting mad at me. It happens to be true.