Dittoheads Weigh In on Flag Study

RUSH: Santa Monica, just up the road. This is Ed. Great to have you on the program. Welcome to the EIB Network. Hi.

CALLER: Hey, Rush, it’s an honor to speak with you.

CALLER: Out here in LA they’re cutting back on smoking everywhere, making it illegal around schools or any public areas, even in your own home sometimes.

CALLER: I mean how long is it ’til, you know, this flag controversy, you can’t wear a lapel pin or display the flag in front of your house for fear of passing out secondhand conservatism to liberals in the neighborhood. 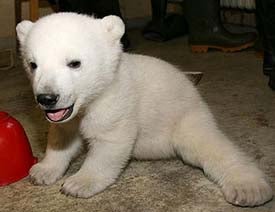 RUSH: I think there’s no question about it. We mentioned this at the top of the program. Another survey has come out, folks, if you’re just joining us. You know, on the eve of the Fourth of July, Harvard put out a study that said Fourth of July parades tend to convert little kids to Republicans, long-lasting effects. There’s another three university, three-scholar survey out today which claims that exposure to the American flag influences people to be Republicans and conservatives and to vote that way. I immediately suggested that everybody go out and put a flag up in your house, right in your front yard, you know, get a little flag lapel pin, get a flag decal on your car, on your bumper, because it really ticks off the left. And I said jokingly, but I don’t doubt it might happen, now that the flag is said by scholars to be biased, how long will it be before some Democrat proposes to the Federal Election Commission that you cannot use the flag in a campaign commercial? Don’t be surprised if this happens.


Sophia in Hyde Park, New York, you’re in the case to the EIB Network. Hello.

CALLER: Hi, Rush. Thank you for taking my call. I had a thought about the flag story. I don’t think that liberals are afraid of people becoming conservative when they celebrate the Fourth of July or look at the flag. I think they’re more afraid about how the Fourth of July and the flag make people feel. It makes people feel patriotic and devoted, and liberals would rather you be devoted to government instead of your country.

RUSH: Right. That’s true, and they do look at — well, they want the two to be synonymous.

RUSH: Government and country to be the same thing, of course with a liberal dominated government. But, you know, you make a good point. Nevertheless, regardless what the impact is, they are going to be bothered by this, and stop and think of that. I mean you have news that the American flag is prone to bias people toward conservatism, the left, they’re gonna have to take steps about it. They know that they’re in the minority, and they know that they govern against the will of the majority, and it enrages them