It’s Too Late, Joe: Obama Has Succeeded and America is Failing

RUSH: Here’s Scarborough this morning on his show. They were talking about the economy, the stock market, and Obama’s leadership.

RUSH: We don’t have either! Joe… (sigh) I know you work where you work, and I know that that carries with it some requirements and limitations, but, for crying out loud, it’s too late. 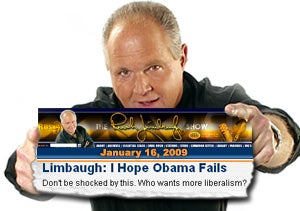