A Short History of US Pensions

RUSH: I think what’s called for, ladies and gentlemen, is a brief history of pensions. It was General Motors and the United Auto Workers who started the first pension plan in the US. There were some railroad workers who had them prior to that. But the main concept, the big-time pension concept started with UAW and General Motors. Why? Very simple reason. Before World War II there were very few pensions. As I say, mostly railroads. But pensions, like health care, were offered by companies like General Motors during World War II to attract better employees, and this happened because of FDR’s wage freeze. So there was a freeze on wages, which meant by definition you couldn’t pay people more than X, but yet you needed to attract good employees.

So a way was devised to exceed FDR’s wage freeze, and that was health care benefits and pensions. They had no other way to compete. Now, the reason wage controls and 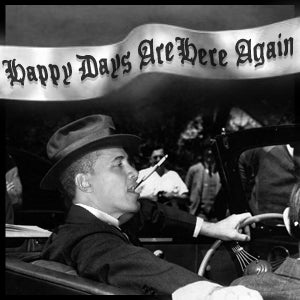 price controls never work — and I love this example — back in 1972, Richard Nixon, when we had I think 3% inflation, or 3% unemployment, it was not bad at all but we were in the middle of a faux oil embargo, instituted wage and price controls. Yet when you went to the grocery store, things still seemed to cost more and the way that happened was very simple. The butcher would simply devise at the meat counter a new cut that came into existence after the price control was placed on beef, and he could price it whatever he wanted. It was new and not subject to the price control until the price was established.

So just to pick one, the bone-in rib eye, I have no idea if that existed before Nixon or not, but say it had not existed, the bone-in rib eye, all of a sudden the butcher makes a new cut, the bone-in rib eye and charges X for it, and that is how the butcher in a meat market or the supermarket got around the price controls. Similarly when it came to wages, hello stock options, hello pension plans, health care health care benefits, hello all of that stuff, government attempting to control always runs up against creative entrepreneurs who will find ways around it. So FDR institutes a wage freeze, and in World War II, companies that need qualified workers start to offer attractive employment packages to get good qualified people, and so they started to attract pensions and health care benefits.

RUSH: Health care benefits came out of price controls. It’s a perfect example of unintended consequences. Health care benefits and pensions coming out of price controls and wage controls is a great example of unintended consequences. And then they just caught on, and then, once they caught on, it became clear what they were, money laundering schemes. Simply a way for the Democrat Party to engineer money circuitously ending up back under it’s control. The way that works is quite simple. Let’s go back to Wisconsin. Citizen A pays taxes from work he does in the private sector. Some of those taxes are state taxes. Those taxes combined with the taxes of other citizens in Wisconsin pay the salaries of state workers in Wisconsin. Those state workers are members of unions, as such, they pay dues. So tax revenue from citizens in Wisconsin ends up as union dues, which end up in the Democrat Party. Money laundering operation, pure and simple.

I mean how much money do you think union dues goes to the Republicans? And that takes us to the first Obama stimulus. Who got the money? Obama is now even laughing about the fact that there weren’t that many private sector shovel-ready jobs. The people that got the money in the stimulus plan were primarily women who worked for state and local governments. That’s who got the money, so that they would not be laid off during the recession, and the reason it was important they not be laid off is because they paid dues. They’re union members. So the stimulus plan was a slush fund whose ultimate purpose was to see that the $787 billion that was spent was largely returned to the Democrat Party and then spread out among various candidates from Obama on down to whoever qualified for it based on their ranking within the Democrat Party.

There wasn’t any private sector job creation with Obama’s stimulus. There was simply saving state jobs. Now, that stimulus money’s gone, it’s been spent, and there have now been layoffs. You see what happened in Wisconsin. The stimulus money ran out, and look what happened, a new Republican governor had to go and say, “You know, we don’t have any money here and we’re gonna have to make some changes here in collective bargaining.” The Ponzi scheme had finally dried up, and it’s going to happen in other states in time, hence Obama’s jobs speech Thursday requesting another stimulus, which will be another money laundering operation intended for Democrat reelection campaign funds. It will not be about private sector job creation because, ladies and gentlemen, it is not possible for the government to take a dollar out of the private sector and grow it at the same time. The math simply doesn’t work. 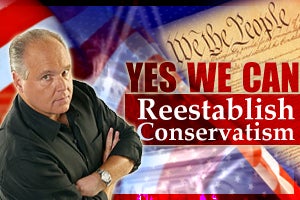 Government ends up growing, the private sector shrinks, unemployment goes up, the $10,000 that was the private sector now becomes eight. And they want to redistribute that, claim they redistribute it to the people who are more deserving of it than others. It is one giant scam. You simply cannot, even in redistribution, whose goal is to be fair, you can’t take one dollar out of the private sector, and after you’ve taken it, then give it to somebody else in the private sector and say that you’ve grown the economy. Nothing’s changed, ’til somebody else has the dollar you took out. And if you give that dollar to somebody that’s not working, then you are subsidizing unproductivity, and you are shrinking economic growth where people exist and want jobs, while at the same time expanding the size of government and its power. All the while, you claim to be creating jobs and caring about the little guy, when in fact all you’re doing is shafting the little guy by taking opportunity away from him.

You want to raise taxes on the rich, be fair, fine, raise taxes on the rich, what does that do? Takes money away from them, and where does it go? It goes to government. A lot of people think if you raise taxes on the rich somehow it’s gonna end up with the poor, but the poor are still poor after taxes go up on the rich. It just never happens. You take money out of the private sector, private sector gets smaller, it doesn’t grow, and therefore there are no jobs. This is essentially what Barack Obama has done on purpose, and that’s what he’s gonna propose on Thursday, is more of it on the theory that they just haven’t spent enough yet. But government spending, creating jobs is a mathematical and actual metaphysical, or physical, whichever, impossibility. It cannot happen. The government doesn’t start small businesses; it obstructs the creation of them. And once they start up, it taxes them and makes it even harder for them to grow.

That is Barack Obama, that’s Keynesian, that’s leftism, socialism, whatever you want to call it. Doesn’t work. And all the while Obama is gonna speak, make you think that what his desire is is for your economic circumstances in your community, throughout the private sector to improve, while he is actually shrinking it. As our buddy at Reuters, James Pethokoukis points out, if the payroll numbers were the same today as they were when Obama took office, the unemployment number would be 11.2%, meaning the universe of jobs in the private sector has actually shrunk, by design. When you take money out of the private sector, that’s all that can happen. There just are fewer jobs to be had. They’ve been destroyed.

Now, on top of that you throw all these pensions and lifetime health care benefits in, and you get total destruction, which is where we are. Maybe Obama does not want to end this recession. Some say that FDR purposefully prolonged the Great Depression to get his socialist agenda pushed through. I would not doubt Obama is doing the same thing. We don’t have a guy who loves this country the way you and I do. He has a chip on his shoulder about this country. He needs a continued crisis. He needs a never-ending crisis to be able to push through these bits of legislation, otherwise very unpopular.